Welcome to the thirty-fifth installment of Queer Your Tech with Fun, Autostraddle’s nerdy new tech column. Not everything we cover will be queer per se, but it will be about customizing this awesome technology you’ve got. Having it our way, expressing our appy selves just like we do with our identities. Here we can talk about anything from app recommendations to choosing a wireless printer to web sites you have to favorite to any other fun shit we can do with technology.

Google Reader joined the ranks of dead apps this past week, and we all have loads of Google Reader Feelings. But if you’re on an Apple mobile device and you tried to use Feedly (our number one pick), you’ll have noticed that Feedly really shit the bed this week. They’ve been delivering an “over capacity” error since July 1st. I am writing this on the 4th and it still hasn’t been resolved. And then they got into a Twitter polite conversation with me where they blamed Apple for all their problems and told me to ask them and, fuming, I decided to see if Digg Reader had finally appeared. You may remember Digg because we mentioned it before, but it hasn’t been live for us to try it out. It’s now out! And Feedly peeved me off. You had how long to prep for the eventuality that Google Reader wouldn’t be around anymore? Take that, I’ll switch to Digg.

I scampered over to their website, signed up and started playing. Here’s what I found:

Digg is a brand new reader that has step by step instructions for importing our Google Reader feeds even after Google Reader has been shut down. It has two display choices: light and dark, and on some devices it gives you the option of auto-sensing the room your in to determine which display option to use. You know I’m a design kinda lady, so I was super pleased at how neat and streamlined it looked.

There are a bunch of different ways to access your Digg Reader feeds – via the webapp, or from and iPhone or iPad. An app for Android devices is forthcoming, so don’t worry if you’re one of those in the Android camp. And the syncability is wonderful! Just to check it out, I added Autostraddle as a feed and read Malaika’s post about Dyke March on my computer. I jumped back to my iPad and BAM! It was already marked as read, barely took three seconds to do so.

Much like the Facebook “Like” system, Digg has a “Digg” system where you can thumbs up things that you enjoy. You can also save to my very favorite read-it-later-service, Pocket. Yeah yeah, you can do Instapaper too.

Digg is free. Yes. Free. All the free, all the time.

I also found some interesting articles on their “Most popular” feed. Probably not something I’d check every day, but hey. Still pretty entertaining if you’ve got a few spare minutes to kill and nothing to read. 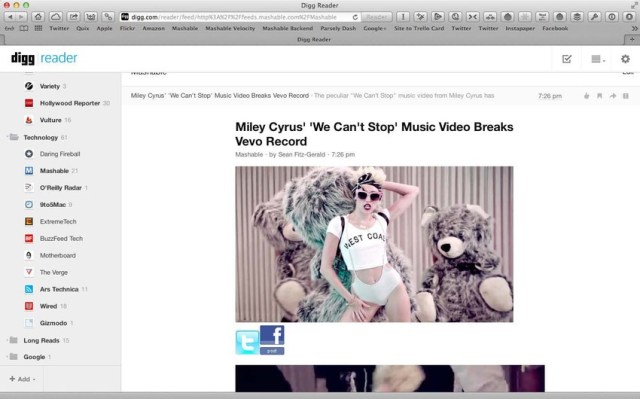 I also had to jump to my computer to create folders to organize my feeds and delete the ones I had mistakenly subscribed to or no longer wanted. There wasn’t a way I could figure out to do it on my mobile device. And then once I do put my feeds into folders, they jump out some how? They’re like unruly children, they just won’t stay put. Once they add that feature to their mobile app and fix their unruly feed children issue, I think they’ll be golden.

Fortunately, Digg is really interested in hearing feedback to improve the reader in ways we want. They’re actively soliciting our thoughts through this survey, so if there’s a feature you wish existed (cough, Buffer, cough), then you can let them know! 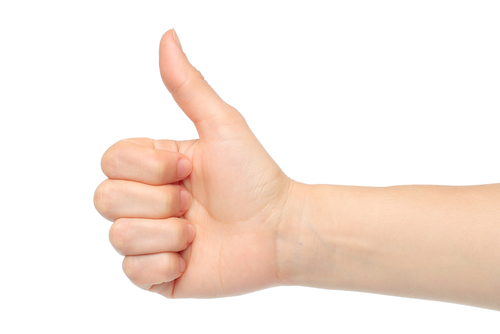 As long as you aren’t using Digg to share to Facebook and Twitter simultaneously, you’d probably enjoy this! Yes, there are still a few bugs, but none as serious as Feedly’s current iOS problem, which prevents usage on those mobile apps altogether. And if you missed the boat on switching, Digg makes it easy. The nice part is you don’t have to take my word for it: Digg is free, as previously mentioned, so you can try it without cost and see if you’re into it! Sadly, I’ll probably have to return to Feedly as soon as they fix their massive problem because of the Share to Buffer feature. But mark my words, if Digg adds that feature, they’ll definitely have a new user in me!