This month’s Ask Your Friendly Neighborhood Lesbrarian is in response to this lovely email:

I have a request for a possible new list… As someone whose work involves supporting survivors of trauma, listening to young people talk about hard things and cry, and teaching 20th century history (a course I like to call Doom and Gloom), I spend a lot of time looking for things to read that are funny and tender and that offer a break from trauma and oppression. I end up reading a lot of middle-grade fiction, but that stuff is like a bag of skittles: gone like *that.* AND I’m also a lesbian of color, so yeah. Any suggestions for comfort reading? There are only so many times I can reread the Anne of Green Gables series per year.

Everyone deserves good comfort reads and it’s a shame that it’s so hard to find ones that feature queer people and especially queer people of color. But fear not, because I have done the work for you with this list of eight light-hearted books featuring queer women (mostly lesbian) characters of color. Some are YA, some are romance, and one is science fiction/fantasy!

Tell Me Again How A Crush Should Feel by Sara Farizan 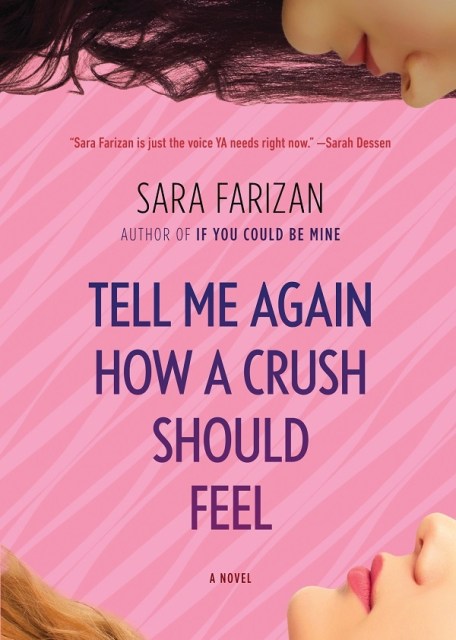 A YA lesbian coming of (g)a(y)ge story starring an Iranian American teen named Leila, Tell Me Again How A Crush Should Feel is a delightful, empowering story. Leila knows she’s a lesbian, but up until her junior year of high school she’s managed to not have any crushes. She’s glad, because she’s worried about standing out even more than she already does as the Persian girl at her mostly white school. You can probably guess where this is going: cute new girl Saskia shows up and Leila’s no-crush-having pattern is a goner. It even looks like Leila’s crush might not be unrequited. Leila’s conflicted feelings about coming out and her worries about whether Saskia likes her back lead her to reach out to an old friend Lisa as well as her fellow theater crew friends. Eventually Leila realizes she’s not the only one keeping secrets — Lisa, for example, turns out to be bi — or who feels like she doesn’t fit in. Fueled by this knowledge, Leila gets ready to make herself vulnerable, both by coming out and telling Saskia how she feels. 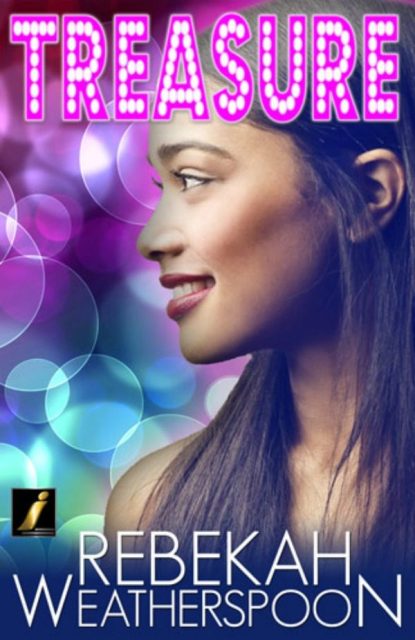 Have you been looking for a new adult lesbian romance with two WOC leads? Thank goodness for Rebekah Weatherspoon. Alexis is a baby butch and college freshman who has been struggling lately with her mental health and her parents’ disappointment. Trisha is a slightly older femme who’s a new transfer student who shows up in Alexis’s computer science class. Trisha also happens to be the stripper that Alexis couldn’t keep her eyes off of a few weeks earlier at Alexis’s sister’s bachelorette party. Their mutual attraction is undeniable. But can their romance fit into Alexis’s mental health recovery plan and Trisha’s packed schedule of school, work, and family obligations? Weatherspoon’s sweet romance is a realistic, positive twist on the usual rich-poor romance dynamic. It’s also a celebration of love between two queer black women and an empowering, positive depiction of sex work.

Queens of Geek by Jen Wilde 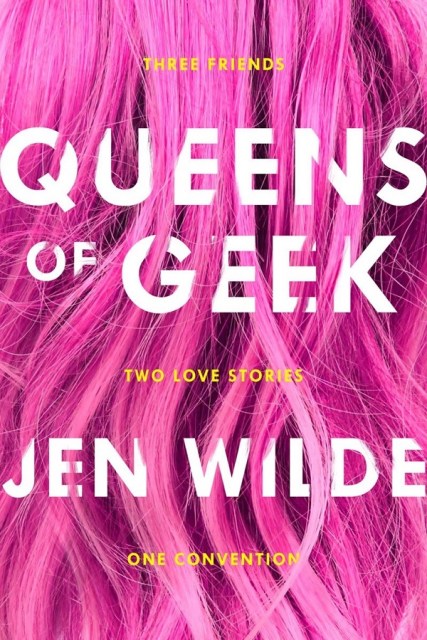 Finally, a queer feminist YA novel that does justice to fandom! Queens of Geek is unabashedly geeky: in fact, the whole novel is set at “SupaCon,” a fan convention. The book is narrated by two girls, one of whom is Charlie, a Chinese Australian bisexual girl. Charlie is a YouTube actress who recently starred in her first movie, which she is promoting at the con. She’s also reeling from a recent, very public break up. She’s not expecting to see fellow actress and much more famous Internet star Alyssa at SupaCon. Charlie’s a little freaked out, given her long-time crush. But is her crush as one-sided as she thought? Fast-paced and sweet, this book is a love letter to fan girl culture as well as a story about romance and friendship. The pop culture and fan references are charming and fun. Charlie and Alyssa’s story is the kind of adorable queer romance — between two girls of color! — that will make you squeal. You couldn’t ask for a more heart-warming book.

Everything Leads to You by Nina Lacour 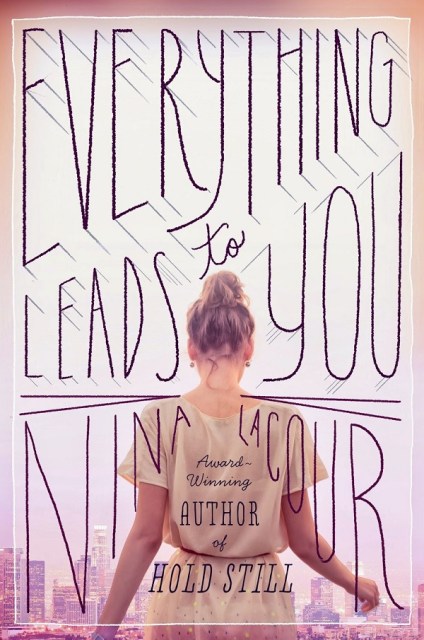 Everything Leads To You is a feel-good YA perfect for readers who love lesbian romance and film buffs. Although she’s only 18, Emi already has a foothold in the competitive world of Los Angeles film set design. She’s a movie aficionado and a hopeless romantic; unfortunately, neither her impressive career so far nor her love of movie romance have resulted in real life success in relationships. She has a bad habit of going back to her exgirlfriend; she just misses the cuddling, you know? This all changes one day with the arrival of a mysterious note that appears to be from an old Hollywood legend. The strange letter leads Emi on a trail that ends in Ava, a girl who’s as beautiful as she is perplexing. Her unconventional life is very different from Emi’s. But of course, Emi falls for her and it changes her world. Ignore the white-washed cover of this one: Emi is mixed race and decidedly not blonde. 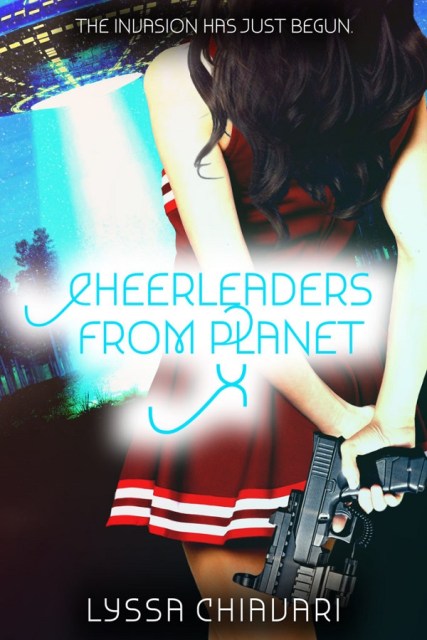 As the name suggests, Cheerleaders from Planet X is a determinedly goofy book that’s like a combination of Buffy and The X-Files with front-and-center lesbian romance. Laura Clark, who’s biracial (Filipino and white), is an average college freshman. Or so, she thought she was until one day she witnesses something so bizarre it’s hard to believe: a cheerleader with seemingly super-human powers in a fight with a mysterious trench-coat wearing stranger wielding a lightning bolt as a weapon. The only other witness? Shailene, a cheerleader from Laura’s rival university who possibly also possesses superpowers. When girls from all over the city start disappearing and it appears to be linked to the weird fight Laura saw, she is eager to team up with Shailene to get to the bottom of it. Shailene, however, is holding her cards close to her chest. The eclectic mix of genres — mystery, fantasy, sci fi and romance — with a sprinkle of humor makes Cheerleaders an enchanting read.

Such a Pretty Face by Gabrielle Goldsby 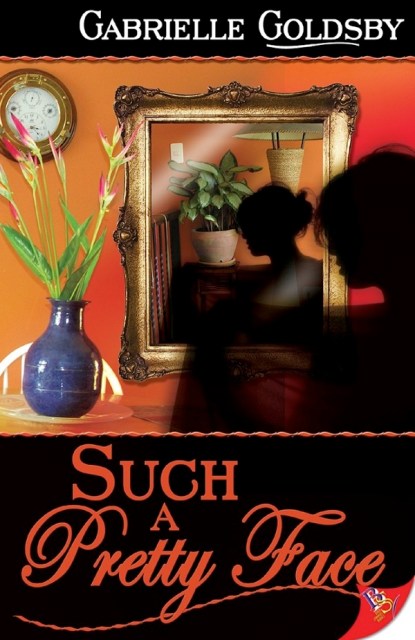 In this contemporary romance, Mia Sanchez is a Mexican American lesbian whose life looks pretty good: married for four years and a great career as a financial analyst. She’s shocked when her wife Brenda suddenly announces she has fallen out of love, is leaving town for five months for a job, and ends her awful announcement with fatphobic comments that reinforce Mia’s own declining self-image. These unfortunate circumstances, however, are the catalyst for Mia to finally have a chance to focus on her own happiness. In particular, an opportunity for new romance arrives in the form of Ryan, a blonde construction worker who Mia is instantly drawn to. Of course, simply meeting Ryan doesn’t fix anything for Mia, who still has a journey to get to where she can live her life on her own terms. Not only does she have to figure out how to heal and move on from the messy break-up Brenda calls a “relationship pause,” she also has other dysfunctional relationships with family and co-workers to deal with. 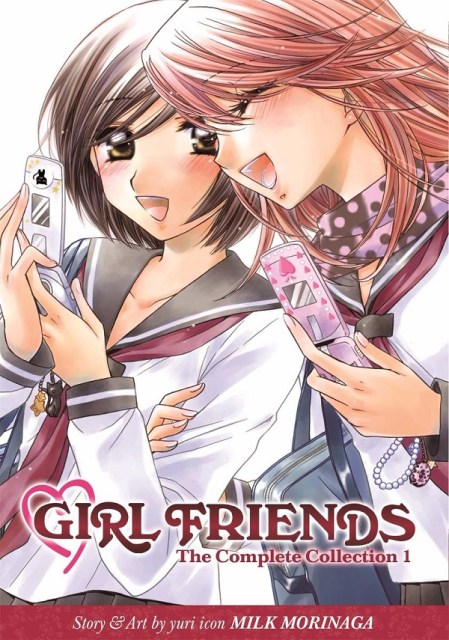 This is the first of two collections of the classic yuri (girl-on-girl) manga. It’s an adorable, slow-burn, opposites-attract lesbian teen love story. Kumakura Mariko is a lonely nerd who’s the top student of her class but socially shy. Enter extroverted, charismatic Ohashi Akko, who in the vein of Jane Austen’s Emma wants to give Mariko’s life a big makeover and bring her out of her shell. Where this story goes that other versions like Emma and Clueless disappointingly do not, is that in the process of Akko helping transform Mariko into one of the popular girls, they fall in love. While there is a little bit of struggling with internalized homophobia in the form of wondering “can-girls-even-date-each-other?,” overall it’s a super sweet teen romance full of blushes, shy glances, and bonding over fashion and makeup. To keeping following Akko and Mariko’s story, check out the second volume of Girl Friends. 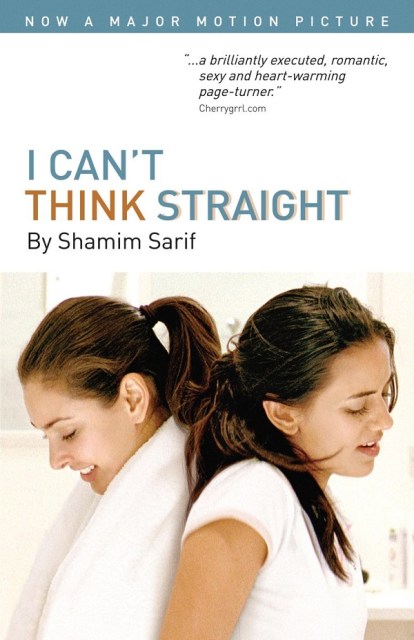 You really can’t go wrong with this classic lesbian opposites-attract romance between Tala, an extroverted Christian Palestinian, and Leyla, a shy Muslim Indian. The two women first meet through Tala’s best (male) friend, who Leyla is dating. Tala herself is engaged to a man. But neither of them is in love; it’s more like they’re resigned to the heterosexist pressure to marry a man. When they meet each other, it becomes suddenly clear that what they’ve been missing in their relationships they find easily in each other. Set mostly in the West End of London but sometimes in Jordan where Tala’s family lives, I Can’t Think Straight is an adorable romance that is also very funny. It doesn’t skirt around serious issues, especially the cultural and religious differences between Tala and Leyla, but it is distinctly heart-warming and ultimately uplifting. Once you’ve read the book, watch the movie, which is so good Erin wants to send the writer an edible arrangement.

For more lesbian of color comfort read books, check out the lesbian tag on the Women of Color in Romance website, this Goodreads list of Fluffy Lesbian and Bi Books, and this Book Riot List of Cotton Candy Queer Books. You also might want to check out my list of Lesbian Romance Audiobooks.