Sometimes what you want out of a book is a good laugh. Of course, everything is always better when it’s gay (this is just a fact), so a funny book with queer characters is the best! Hence, this month’s Ask Your Friendly Neighborhood Lesbrarian question:

Dear Lesbrarian,
I love your column! Can you recommend funny books with queer adult main characters? Books with witty banter are especially good. I read a lot of fantasy and science fiction but I’m trying to branch out to other genres.
Best,
Rdl

Below are 8 queer women books to make you laugh! They are mostly fiction, but I’ve also included a few top-notch non-fiction picks as well. I’ve tried my best to include a variety of genres and styles of humor, since we all know what each person finds funny can be wildly different! 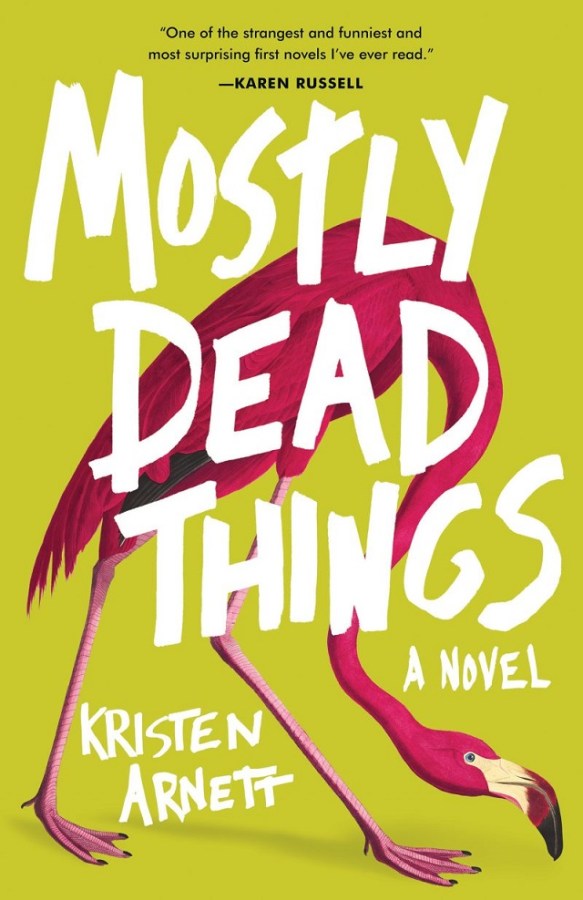 For readers who are into dark humor, Mostly Dead Things is the book for you. Jessa-Lynn Morton ends up taking over her dad’s taxidermy shop after he dies from suicide at work. Both her mom and brother are stricken with grief, and her brother’s wife — who is the only person Jessa has ever been in love with — takes off. While Jessa tries to keep the family business from crumbling, her mother channels her grief into increasingly bizarre and lewd art comprised of taxidermed animals. Jessa realizes she has to discover anew who her family is, and where exactly she fits in with them. For more on this novel, which is just now available, check out Molly’s Autostraddle review and interview.

My Lady’s Choosing by Kitty Curran and Larissa Zageris 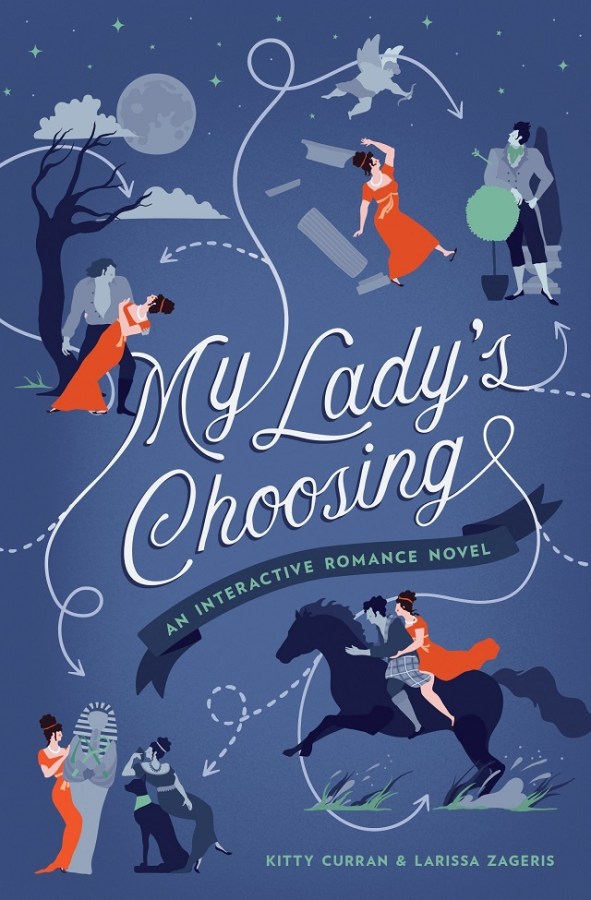 This interactive romance novel is the perfect blend of genuine homage to and affectionate parody of the romance genre. When I say interactive, what I mean is this: a choose-your-own-adventure style book in which the reader (you) are the “plucky but penniless [bisexual] heroine in the center of nineteenth-century society.” What direction your romance takes is entirely up to you. What about a lifetime of witty banter with a Darcy-esque aristocrat? Do-gooding with a rogue Scotsman? Paranormal intrigue with Lord Craven in his creepy Jane Eyre type mansion? Or, pirate adventures in Egypt with your “travelling companion” aka lesbian lover? All the plotlines are hilarious and creative. I loved this book, and so did Heather, who wrote about it for Autostraddle.

We Are Never Meeting in Real Life by Samantha Irby 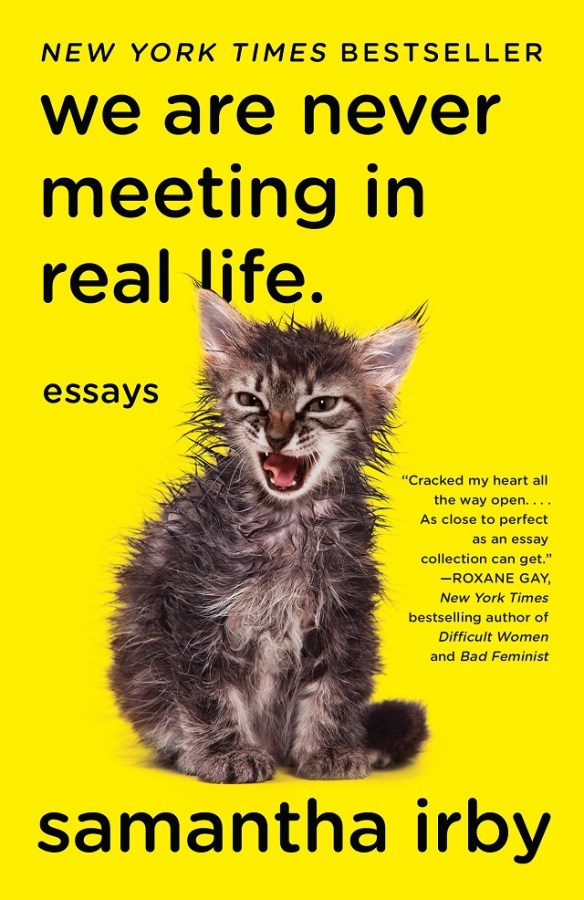 The hilarity of Irby’s sophomore collection of essays is perhaps only matched by her unwavering frankness. She writes about a wide variety of topics, including growing up poor, awkward strap-on sex, depression, reality TV, dating, race, her bitchy cat that she doesn’t even really want, being fat, her parents’ deaths, changing relationships in your 30s — your drinking pals become suburban moms — and more. Somehow while getting you to laugh out loud she also manages to voice heartfelt emotional truths. Her vulnerable honesty and ability to laugh at herself is endearing, contagious, and very entertaining. Did you know one time she had an article published on Autostraddle called How Do You Know If You’re on a Date with a Lesbian or if You’re Just Two Pretty Girls Hanging out?

In at the Deep End by Kate Davies 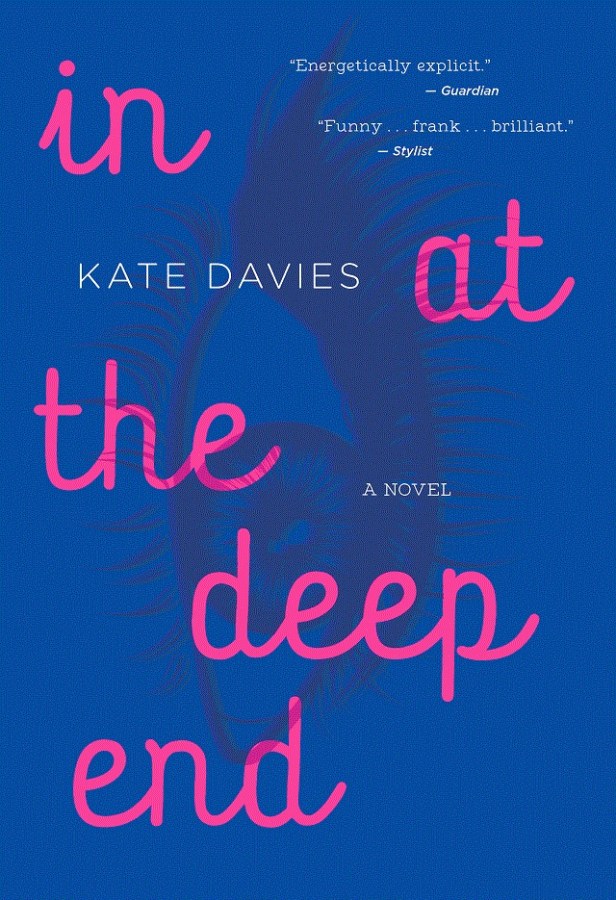 This debut novel is being marketed as a modern lesbian Bridget Jones, which I am so here for. Julia is a twenty-something Londoner who hasn’t had sex in three years, is working a dead-end boring government job, and has a therapist who gives unsolicited advice. It turns out that all these years she’s been trying to find sex and romance in the wrong place: men. She discovers this while pushing herself out of her comfort zone to attend a warehouse sex party, where she connects with a woman named Sam. Look for spot-on insider jokes about trying to “look gay” after just coming out and trying to catch up on all the queer pop culture references so that you can fit in with your new dyke crowd.

Freak of Nurture by Kelli Dunham 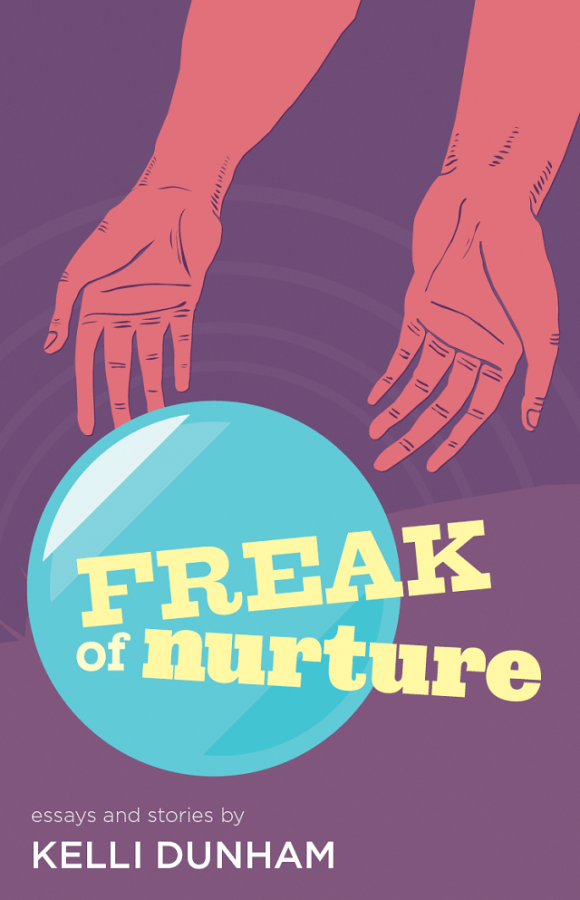 Some have called Kelli Dunham “the genderqueer dyke David Sedaris.” Like Sedaris, Dunham’s slice of life pieces are the kind of writing that takes on serious and often sad subjects with humor to wonderful effect. She’s had the kind of fascinating and varied life that is just ripe for personal essays. For one, she used to be a nun in a notoriously self-abasing Catholic order. Two of her ex-partners have died from cancer. She has worked as a nurse, relief worker in Haiti for earthquake recovery, and also a stand-up comic. If the kind of funny writing you’re looking for alternately includes jokes about fisting, being a nun, and dead girlfriends, Kelli Dunham is for you.

The One Hundred Nights of Hero Isabel Greenberg 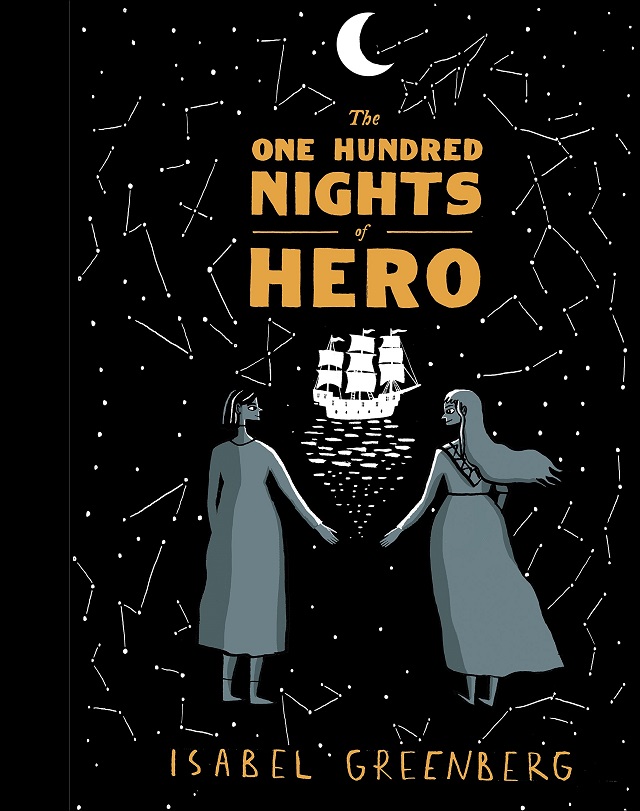 And now for something completely different: a graphic story of folk tales and myths written in the tradition of The Arabian Nights. In the magical medieval world of this book, Cherry is married to Jerome. Jerome is a wicked villain who has made a terrible bet with his friend Manfred: if Manfred can seduce Cherry within 100 nights, Manfred will be granted his castle — and Cherry. Little do the men know Cherry is in love with her maid Hero, who is a member of a secret storytelling group. Their plan? Hero will distract Manfred with a fascinating tale every night for 100 nights. Running throughout both the frame narrative and Hero’s beautiful stories, there is a queer feminist dry wit á la Kate Beaton’s Hark! A Vagrant! comic series.

Vow of Celibacy by Erin Judge 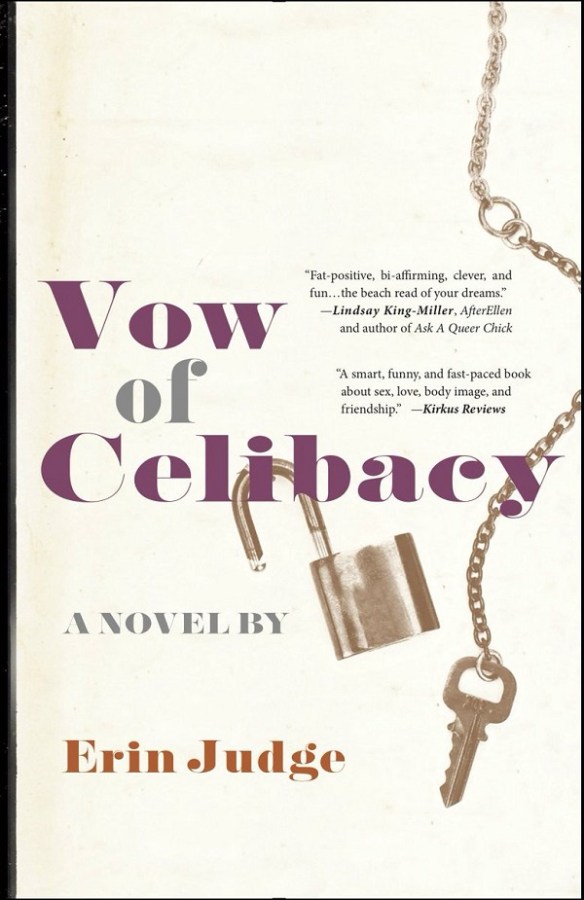 Natalie is in her early 30s when she realizes she’s been chasing something through sexual relationships since she was a teen. Something’s gotta change: so she declares a vow of celibacy until she figures out what she’s been using sex to distract herself from and why she’s had lots of sex, but never the longterm relationship she’s been looking for. The narrative alternates between the past, chronicling all her relationships, and the present, where she’s getting back into fashion design, trying out plus size modeling, and helping her friend — who’s a super famous anonymous blogger — reveal her true identity. Natalie is one of those characters you love right away. She’s witty and snarky and her dialogue is often laugh out loud funny. Also, the sex-positive, fat-positive, bi-positive representation in this book is to die for! 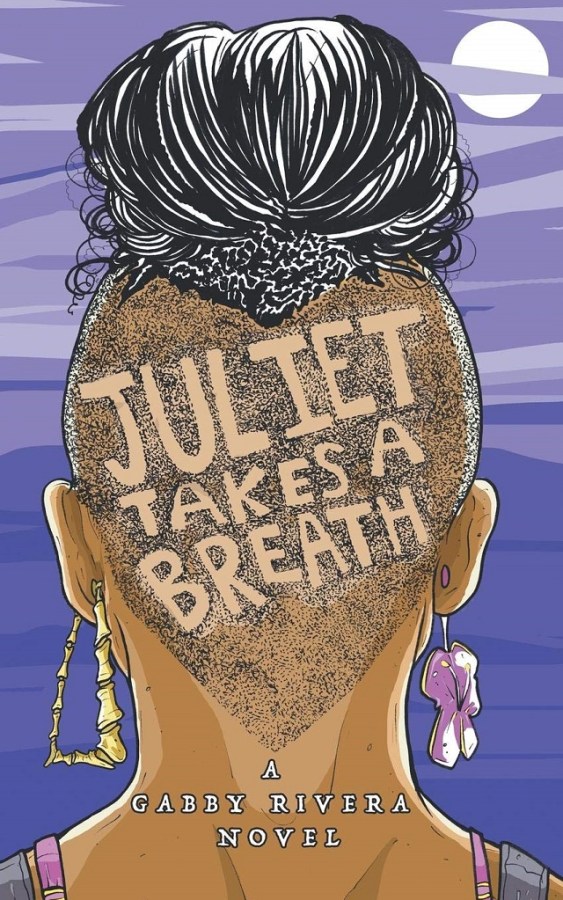 A brand new adult, Juliet Milagros Palante was a closeted baby dyke from the Bronx until she came out to her Puerto Rican family the night before leaving for an internship in Portland. In Portland, Juliet is hoping that working with her feminist idol Harlowe Brisbane is going to help her sort out her identity and place in the world. Except, as it turns out, Harlowe doesn’t know as much as Juliet thought she did, especially in terms of race. Rivera’s parodies of white lesbian feminism through the character of Harlowe are hilarious. And throughout her queer coming of age journey, Juliet’s stumbling is often as funny as it is endearing. Also featuring QTPOC dance parties and a queer librarian who rides a motorcycle!

Do you have any favorite funny queer books? Tell us about them in the comments. And keep your lesbrarian questions coming to stepaniukcasey [at] gmail.com!