It’s that time of year again! Happy Pride, everyone! I have no doubt that the last thing you want to do this weekend is be on your phone or computer. I’m sure you’ll all be at protests, parades and parties (three major Pride ingredients, as dictated by my observation). And that’s great! You shouldn’t be staring at your screen on this, the queer high holy weekend. Hang out in physical reality for your resistance and celebration. But just in case your meatspace needs a little enhancement, here are a couple of useful technological tidbits for a Gay Pride Weekend. 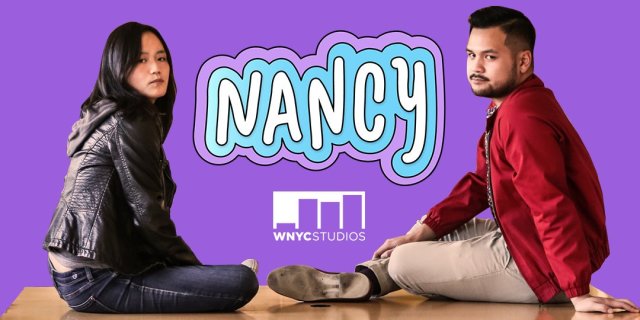 Okay, okay, it’s not an app, but I include podcasts in my definition of technology. Kathy Tu and Tobin Low are two Asian-American queers making what essentially feels like a gay This American Life. I started listening to the show way back when it started (I’m a huge podcast fan, perfect for walking Edith Windsor The Dog), and as soon as one of the hosts tracked down her ring-of-keys childhood butch to have a chat, I was hooked. There are 13 episodes total out right now, and there’s a new one every Sunday. Nancy is a perfect thing to listen to while you’re on the way to your Pride thing via the car or bus or train. And if you need a podcatcher with which to listen, we’ve got a roundup for that.

In the midst of loud crowds and over-used cellphone networks, it might be difficult to find your friends in all the hullaballoo. LookFor is a really simple app that does one thing, and one thing only: makes your phone’s entire screen blink in one of six colors so your friends can find you. That’s it. But that’s all you need to flag someone down sometimes. LookFor’s developers have a healthy self-awareness coupled with a sense of humor. It is 99 cents for both iOS and Android.

I’m always really surprised when I see large police presences welcomed at Pride—I feel like that immediately makes Pride more dangerous, not safer. While I hope no one has an incident in which police ruin Pride by infringing on protesters and party-goers rights, realistically that probably will happen. Enter the ACLU’s Mobile Justice app. On a State-by-State basis, the ACLU’s app not only has the ability to record police and send the video instantly to the local chapter of the ACLU, it also has an accompanying report you can fill out to give the video more context. If it’s not safe to record, you can also fill out a report without sending a video. There’s a handy know-your-rights section that tells you exactly how the police should be handling a situation and how you can and should respond. And if you’re an ally who doesn’t want to take up space at Pride, but rather wants to provide a service for your queerbo friends? There’s a witness button you can press that will let you know if someone’s recording the police close by, so you can go be a witness to that interaction. Mobile Justice is available in the following states:

A similar app called Stop and Frisk is available in New York State specifically for interacting with the NYPD. 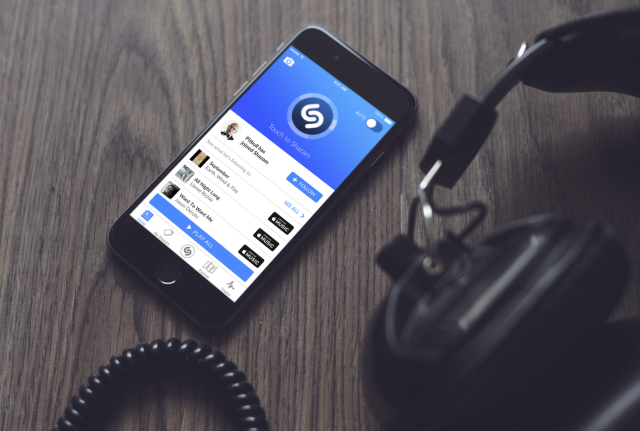 Remember Shazam? Well when you’re in parties or parades with DJs, that age-old wonder we were so fascinated with way-back-when can really come in handy. If you’re dancing and you’re really feeling the music, but you don’t know wtf it is you’re listening to (as is often the case on the rare occasion that I go out), you can pop open Shazam and have it listen to the music. It’ll tell you! It does other things, like help you discover music or giving you lyrics to things, but really, why do we all remember Shazam? It is not for any of that, no sireebob. It is for the simple joy of making a robot tell you wtf is playing right now. And unlike the era that lives in my memory, Shazam is free for iOS and Android.

Fucking drink water, y’all! Don’t pass out at the parade because you’ve forgotten that humans are basically meat-wrapped water and VERY delicate in the hydration department. Water Alert is free for iOS and it will literally remind you twenty-three times in a row to DRINK FUCKING WATER PLEASE. It won’t say “fucking.” But I would like it to. Android user? Lucky for all of us, water reminding apps are a dime a dozen. Here is one with a face that is free for Android.  Go forth and hydrate!

But what if you just really need to look down at a phone for a sec? It’s true, being inundated with people as Pride is wont to do can be really overwhelming, and sometimes you do need to check out for ten minutes. In that case, I submit Beat Stomper for your approval. It’s an endless runner game that I am so incredibly bad at that I can only get one platform up. I tried a lot of times! It’s so hard! But it is thematically rainbow and features what one might call “dancing music.” So you can still Pride while taking a breather from Pride. Using just one finger, the only thing one must do is jump a little square with a face on it to the next platform. I am very bad at games. At the moment, it is free for iOS and Android.