These zines barely scratch the surface of the volume of diverse and creative QTPOC zines that can be found outside the United States. We hope exploring these titles encourages you to find and support zines by people of color around the world. 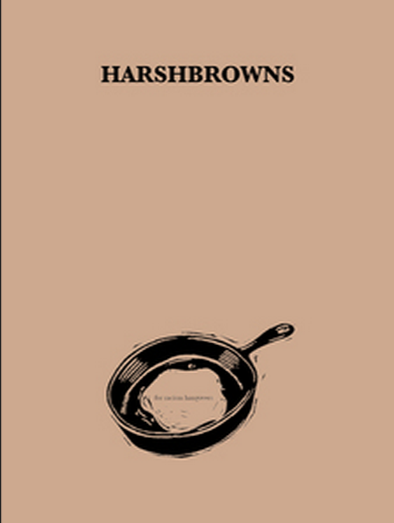 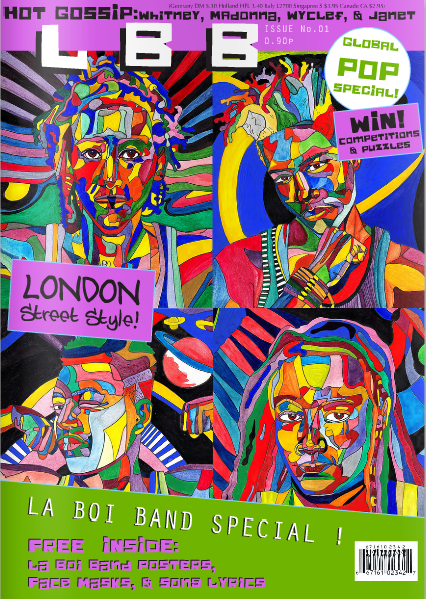 48. BoLT #12 (2012) edited by Ariel Silvera
Origin: Ireland
As of June 2012 BoLT Magazine has ceased publication but you can access past issues in their archives. Not only was BoLT a first for Ireland, as a magazine which focused on LGBTQ women, but also being one in which the voices of the trans community were also given their opportunity to share as equals, rather than a side note.
READ NOW 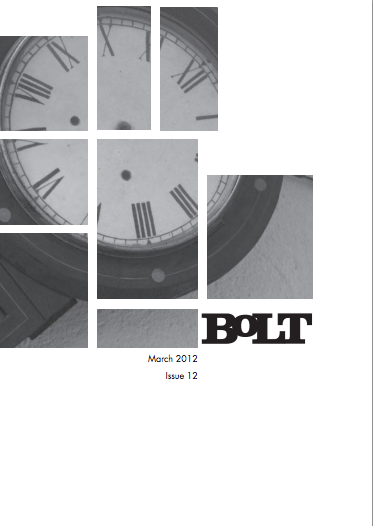 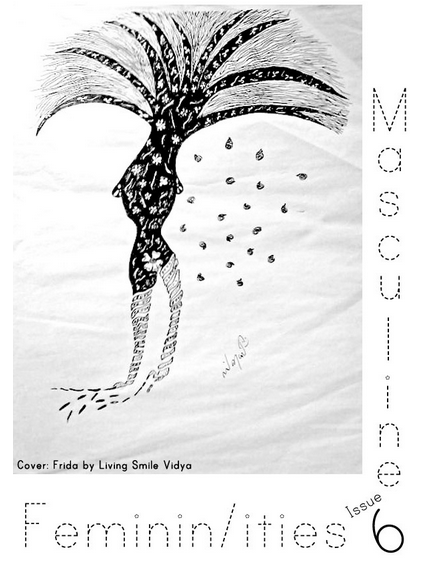 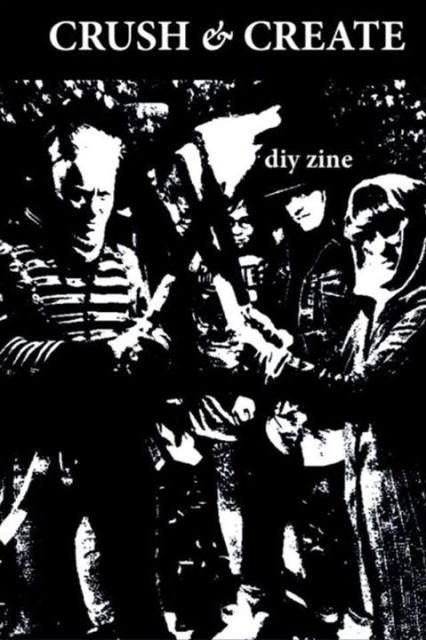 Notes from POCZP: Send your recommendations for updates to this list to poczineproject [at] gmail [dot] com with “International QTPOC” as the subject line. We can cover shipping for zine donations and do purchase some titles.

While curating this roundup of 50 QTPOC zines**, our guiding principle was that a publication can still be identified as Queer — even if the author didn’t explicitly use the term to describe their work— if the content of the zine is largely “Queer.” The following definitions also informed our process:

Queer: An umbrella term for sexual and gender minorities that are not heterosexual, heteronormative, or gender-binary. A term that was re-appropriated in the 1990s from its use as an anti-gay epithet. A term often associated with political radicalism.
QTPOC: A person of color who also identifies as Queer and/or Transgender (or Gender fluid, Genderqueer, Two Spirit, Masculine of Center).

Zine: A printed publication, created independently and in limited releases, by an individual or in collaboration with multiple people, of at least two pages, at any point after the advent of the printing press.

QTPOC Zine: A zine made by a person of color who identifies as QTPOC or who is generally identified as a non-hetero and/or non-gender conforming person of color. The zine content doesn’t have to be exclusively about queer identity.

Since POC Zine Project was founded in the United States, most of our archive is donations and purchases from zinesters of color in the U.S. POCZP is hard at work researching and archiving more zines by people of color worldwide and will share updates on poczineproject.tumblr.com.

VIII. Tips for finding more QTPOC (or any!) zines

Zine librarians possess a wealth of information. If you want to discover QTPOC zines in your area and beyond, your local zine librarian’s brain is a great place to start.

Who are the zine librarians in your city? Here are some simple ways to track them down:

Look on Barnard’s list of zine libraries.
Search for “zine library [insert your city here]” and see what comes up!
Check the Zine Librarians group on WeMakeZines
Find out if your local libraries and colleges have zine collections & who the librarians are
Contact local LGBTQ or QTPOC organizations and ask if anyone involved has ever made zines and how to access them
Attend a local zine fest! Librarians will surely be in attendance

If you can spare a few hours a month, consider offering to volunteer in the library. You’ll find zines much faster this way and helping your zine librarian in the process!

2. Support your local (or closest to) zine fest!

One of the easiest and most entertaining ways to discover new QTPOC zines (or any zines for that matter) is to attend a zine fest, which is a (typically) annual gathering of zinesters and creators of all stripes that usually features tabling, workshops and more.

Most zine fests are free to attend but charge a fee for tabling. While you’re exploring and trading zines with other attendees, ask around for leads on QTPOC zines. Someone there is sure to have valuable information.

Here are some of the largest zine fests in the U.S. where POC Zine Project has had a presence:

Zine events take place all over the world. If your city doesn’t have a zine fest, consider starting your own! That’s what POCZP Midwest Coordinator Joyce Hatton did this year. Follow her journey to learn about the process.

Atlanta Zine Fest launched in June of 2013. POCZP traveled to ATL for the inaugural fest to share zines by POC. We hope more folks of color attend next year!

If you are researching queer zines by people of color online and/or at zine libraries, it’s unlikely that the archive staff will have consistently associated the word “queer” as a keyword or search term for that publication if it was made in the 1980s or earlier. Yup—a library could be sitting on a treasure trove of queer zines/publications made by people of color from the 1960s and not even know it.

Some folks argue that if the zinester didn’t publicly identify the zine as “Queer” themselves, then it’s not an authentically queer zine. We at POCZP believe that this reductionist approach at policing zine culture and vernacular doesn’t make room for LGBT people of color who were making independent publications (zines) who may not have had access to the word “Queer” during time periods where that wasn’t as commonly used a term.

The 1926 publication FIRE!! Devoted To Younger Negro Artists was a comp zine created during the Harlem Renaissance—before the advent of sci-fi fan fiction zines in the 1930s. The authors—Langston Hughes, Zora Neale Hurston, Wallace Thurman, Aaron Douglas, Richard Bruce Nugent, Gwendolyn Bennett and John P. Davis—created this publication in part to explore taboo subjects in African American society such as homosexuality and gender-nonconformity

FIRE!! may not have been described as a “queer” publication in 1926, but it deserves more recognition as one of the most groundbreaking works of independent queer literature — a zine — by people color in the United States. Thanks to POCZP and firepress.com, you can now read FIRE!! online for free.

Daniela Capistrano is the founder of POC (People of Color) Zine Project, a media professional and media literacy activist. She proudly identifies as a Queer Chicana Feminist and is the CEO & Founder of DCAP Media LLC.

POC Zine Project is a grassroots advocacy platform founded in 2010. POCZP’s mission is to make all zines by people of color easy to find, distribute and share and is an experiment in activism and community through materiality. POCZP empowers independent writers and publishers of color through online and physical resources, mentorship and community events as part of the Race Riot! tour and more. If you are a person of color, submit your zine to the archive and join us as a guest reader on this year’s 20 city tour!

Support POCZP: If everyone in our community gave $1, we would more than meet our fundraising goal for 2013. If you have it to spare, we appreciate your support. All funds go to our 2013 tour, the Legacy Series and the poverty zine series.

Nia King is a queer art activist of color from Boston, Massachusetts. She currently resides in Oakland, California where she runs the podcast We Want the Airwaves: QPOC Artists on the Rise. Nia will be a part of POC Zine Project’s Race Riot! Tour in 2013.

The Queer Zine Archive Project (QZAP) website was first launched in November 2003 in an effort to preserve queer zines and make them available to other queers, researchers, historians, punks, and anyone else who has an interest DIY publishing and underground queer communities.

Barnard Zine Library zines are written by women (cis- and transgender) with an emphasis on zines by women of color. We collect zines on feminism and femme identity by people of all genders. The zines are personal and political publications on activism, anarchism, body image, third wave feminism, gender, parenting, queer community, riot grrrl, sexual assault, trans experience, and other topics.

Jenna Freedman is a zinester and librarian from New York City. She founded the zine collection at the Barnard College Library.

*All “READ NOW” flip-style digitized zines were made possible by the POC Zine Project as part of their mission to make all zines by people of color easy to find, distribute and share. Contact the zinesters directly if you are interested in a print version.

**If you cite this roundup in any publication, on any website, or in any oral/multimedia presentations, please be sure to credit and link back to POC Zine Project: poczineproject.tumblr.com. This helps us spread the word about our mission. Thank you!