It’s my first summer living in south Florida, and I am emphatically drenched. Right now, I’m sitting on my balcony, my chair slicked by a recent downpour that stopped as abruptly as it began. Everything is damp. Everything, from my eyebrows to the walls inside my apartment, sweats.

Maybe it’s less sweltering wherever you are this August. Regardless, it’s a steamy time of year thanks to the combined powers of Leo season and the final weeks of hot girl summer. It’s a good time to obsess. It’s a good time to lose yourself completely in a book. Here are ten books — some newish, some not — that, all in their own ways, touch the blazing embers of obsession. They’re all worth obsessing over. 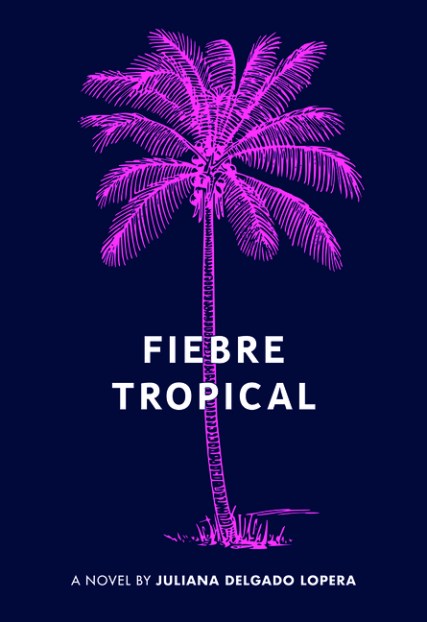 “Outside, the sky in all its fury released buckets of water that swayed with the palm trees. El cielo gris, oscuro. Talk about goth. Right at noon the sky transformed itself from orange light to chunky black clouds that gave zero fucks about your beach plans or the three hours you spent ironing that hair, splaying all its sadness right in front of you.”

This is the perfect starting point for this list. Yearning and sweaty, this queer coming-of-age novel follows 15-year-old Francisca as she grapples with her family’s move from Bogotá to Miami. There, she falls in love with Carmen, the pastor’s daughter. The book deals with all sorts of fixations, including one born of Francisca’s mother Myriam’s deep grief about past tragedy. Francisca’s festering desires and her mother’s burning grief are so movingly drawn throughout. The language is so visceral. The heat of Miami pulsates throughout, and tragedy and humor dance together dazzlingly. 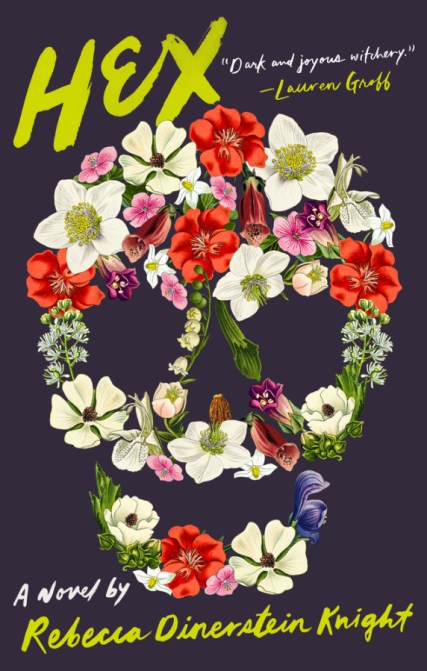 “Imagine being a pudding cup of a person and encountering a confident, elegant, powerful scholar who knows what to do with her shoulders. Imagine encountering you.”

Hex is easily one of my favorite books of 2020. It’s woefully underrated imo, and you should go buy it immediately. Once you start, you won’t be able to stop. Set within the super specific world of a science PhD program, the book is obsessed with poisons and antidotes, and the protagonist’s intense obsession with her mentor is a little bit of both. It’s a strange, sexy, uncomfortable book. Seriously, please read it. 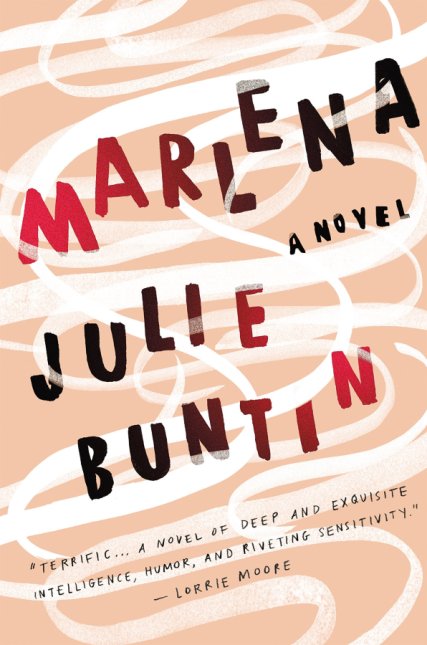 “Tell me what you can’t forget, and I’ll tell you who you are.”

Do you ever get a first line of a book stuck in your head like a gentle haunting? That’s how I feel about the sentence above, which is the opening of Marlena, a coming-of-age novel not about its young, wild character named Marlena but rather Cat, the other young girl who’s swept up in Marlena’s wake. Cat and Marlena’s intense friendship one summer is passionate and dangerous all at once, and that summer ends up shaping Cat’s life well into her adulthood. Simply put, it’s a very good book, one that’s indeed very easy to lose yourself in. Maybe it will gently haunt you, too.

Touch Of Jen by Beth Morgan 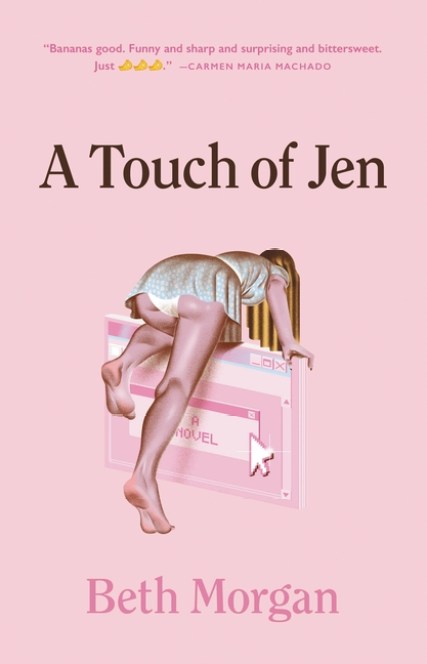 “Remy shuts his eyes and plays a movie in which Alicia has been replaced by Jen, with her freckled boobs and baby hairs and adult braces. He’s talked to Alicia many times about these adult braces. They’ve discussed the spectacular, loopy temerity of a beautiful person like Jen taking such a risk with her appearance. She could have done Invisalign. But no. She looks like a hot shark.”

In the opening pages of Touch Of Jen, Alicia and Remy, a couple, engage in some sexual roleplay. Alicia pretends to be Jen, a jewelry designer and social media influence they’re mutually obsessed with. This obsession bleeds out of the bedroom and into pretty much all parts of their daily lives, Alicia and Remy’s relationship pretty much held together by the glue of their increasingly disturbing fixation on Jen, which goes well beyond the confines of a fantasy or crush. Understand upfront that there’s no way to really anticipate what will unfold in the feral pages of this book. It’s a wild ride. 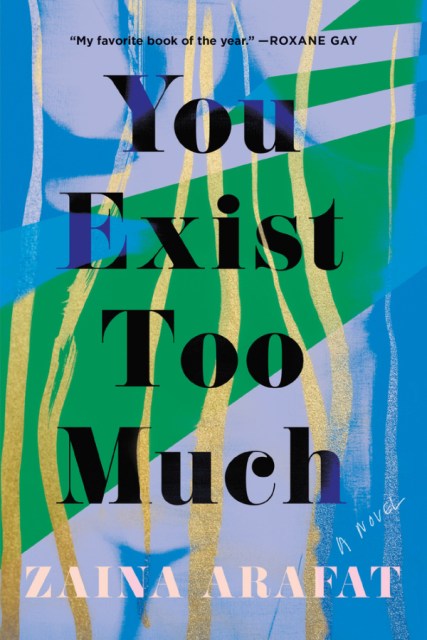 “When the room stopped spinning I looked at her mouth. I had observed it intently over the past months, watched it suck the tips of cigarettes, lick gelato, sip wine, kiss cheeks, kiss my cheeks. I could feel her staccato heartbeats as I inched closer to her face, her breaths coming at me in short puffs.”

A hot queer DJ with a love addiction is the protagonist of this book, and if that doesn’t hook you immediately, I simply cannot relate!!!! The narrator has a penchant for longing and completely blowing up her own life. Throughout the entirety of her four-year relationship with Anna, she has actively sought the love and attention of others. She cheats, falls in love with her married straight professor, self-sabotages spectacularly. The book unfolds in vignettes with flashes of the past, bouncing between New York, Jordan, Lebanon, Palestine, Italy, DC. The protagonist’s mess of affairs, flirtations, obsessions, and realizations all thread together brilliantly — sometimes sexy, sometimes sad.

The Bigness Of The World by Lori Ostlund 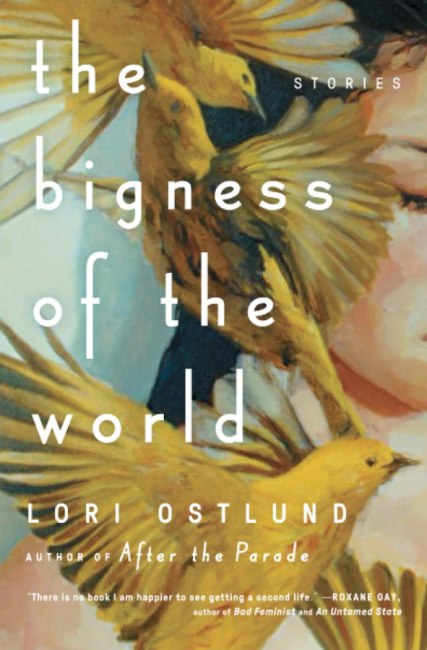 “My father wants to FedEx me a pheasant.
‘A pheasant?’ I say. ‘I doubt that the post office delivers poultry.’
‘Pheasants aren’t poultry,’ he corrects me. ‘English teachers should know such things. They’re fowl, but they are not poultry. Poultry is domestic. I shot this bird myself out near the pond on Lekander’s farm.’ “

“Talking Fowl With My Father” — one of the stories from Lori Ostlund’s debut collection from 2009 —  is available online here. My girlfriend read the story aloud to me in a very hot, barely air conditioned Airbnb in Los Angeles a couple summers ago, and I have thought of it often since. I love the story for its place writing about the Midwest, for its funny dialogue, for the strained but lovely relationship between its queer narrator and her aging father, who is bizarrely obsessed with talking about various forms of cooked poultry. Nothing much happens, and yet there’s so much meat there. Honestly though, I couldn’t possibly unravel this story as well as my girlfriend once did, which you can read here. If you like the story, you’ll love the whole collection, which is very gay. 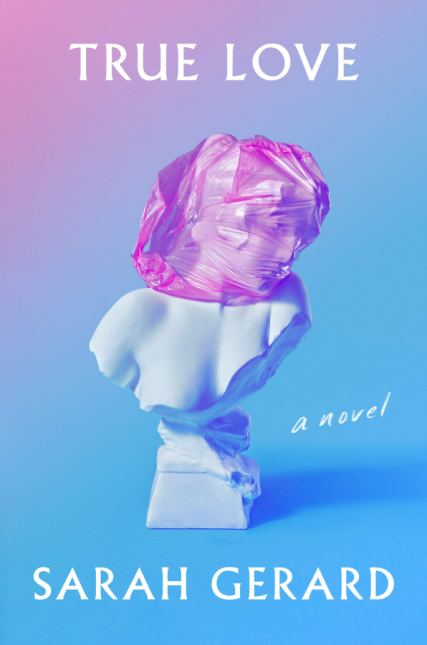 “I climb onto the sink. I look over my shoulder and watch him in the mirror as he fucks me. I see that Aaron and I could be twins. The simple beauty of him is exhilarating. He is already close and familiar.”

Here we have another novel about a self-destructive protagonist (instead of a DJ, this is a writer) and another novel set partially in Florida (instead of Miami, here it’s the Tampa-St. Petersburg area). Nina lies, cheats, and manipulates, all the while obsessed with falling in love — or at least the idea of it. 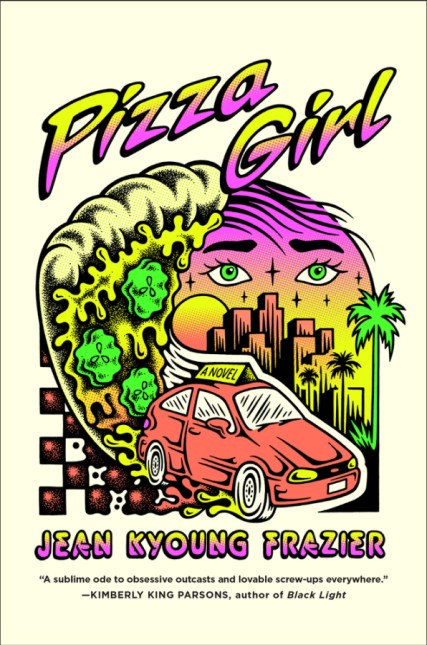 “I remember shivering, wanting to wrap this woman in a blanket and make her a hot chocolate, fuck up anyone that even looked at her funny.”

Pregnant 18-year-old Jane, our titular pizza girl, becomes obsessed with Jenny Hauser, an older mother of a 7-year-old who desperately needs a pizza with pepperoni and pickles to placate her son. This unexpected pizza order births an unexpected bond between two women at very different points of their lives. Like a strange but urgent food craving, Pizza Girl is easy to obsess over.

The Secret Lives Of Church Ladies by Deesha Philyaw 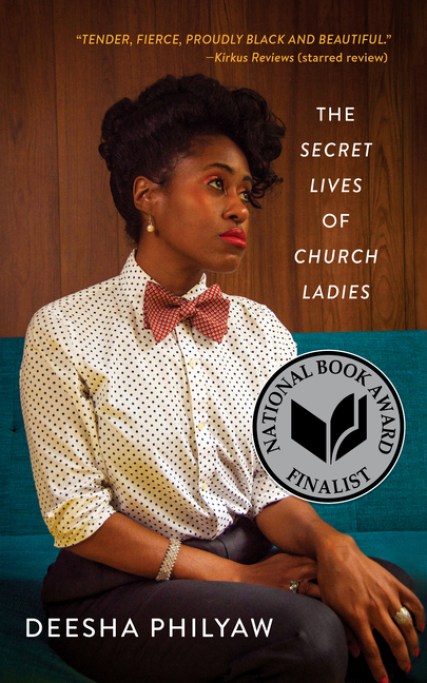 “Eula is a true believer. She doesn’t walk around with questions lingering in her throat like I do. But that night, she slid my fingers inside those white cotton panties and forgot all about Boaz. We stayed up until we were slick with sweat. Later that morning, Eula tamped down regret with silence and coffee.” 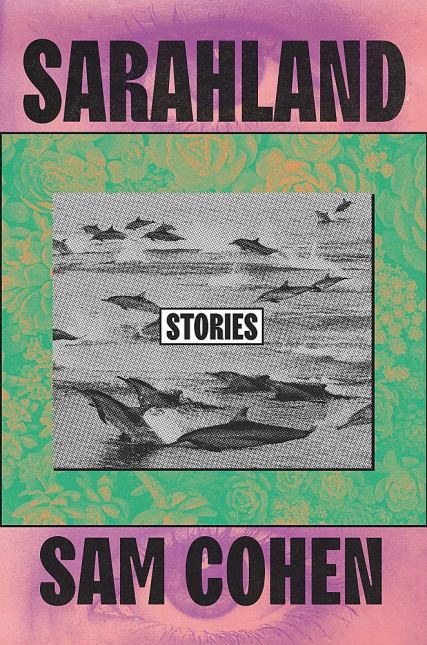 What a smart, original, hilarious weirdo of a book! Every story in this collection is a gift on its own, and many obsessions emerge, but I want to highlight “Exorcism, Or Eating My Twin,” which can be read online. The Sarah that narrates this story meets her “twin” at a Buffy The Vampire Slayer convention. Mutually obsessed with Buffy, Sarah and her twin — who she eventually starts to refer to as “Tegan” (!!) — become hilariously, disturbingly enmeshed. It’s a wonderfully weird take on codependency, sitting just on the edge of horror.