It seems like Dungeons & Dragons is everywhere these days, especially in the queer community, which makes a whole lot of sense. LGBTQ people have always gravitated toward fantasy stories as allegories for gay struggles; have always been drawn to tales of found family; and leave their own Shires to find themselves as much as any hobbits. So I thought it’d be fun to assemble a list of books with D&D vibes for you. All of these stories feature: magic and/or melee, quests, chosen families, and queer characters. If you have any faves that fit this description, I sure would love to hear about them in the comments! 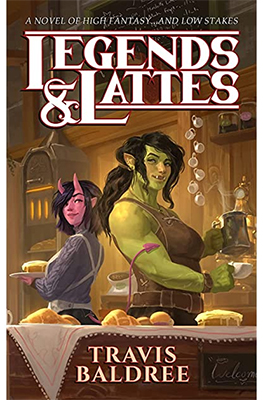 Travis Baldree’s Legends & Lattes is a love letter to queer D&D players. It tells the story of an Orc named Viv who retires from adventuring to open a coffee shop in Thune, a city that’s never even heard of coffee! On her quest to start a new nonviolent life, she connects with a cast of some of the most lovable fantasy characters you’ve ever met, and even surprises herself by coming to realize her heart is even bigger that her biceps. 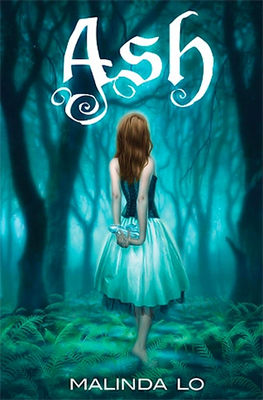 Malinda Lo’s Ash is a precursor to the Queer YA fantasy boom we’ve seen in recent years. It’s a modern retelling of Cinderella, with a lesbian protagonist named Ash, who has been seeking fairies her whole life, but unlocks the real magic inside her when she meets Kaisa, the King’s Huntress. Ash battles her stepmother, dark fey, and her own grief on her way to becoming the hero we’ve hardly ever imagined Cinderella could be. 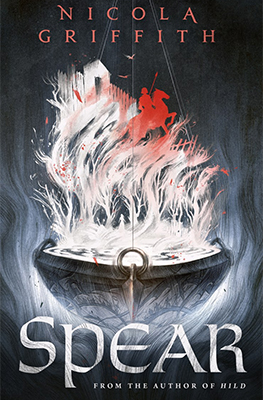 Nicola Griffith’s Spear flips Arthurian legend on its head and bends its gender in the process. It follows Peretur as she sets out on her quest to become a Knight of the Roundtable by pretending to be a man, and as she grapples with all the consequences of leaving the protection of her mother’s home. She loses her birth family, finds new love (more than once!), and unlocks ancient magic hidden inside her. It’s Mulan meets Merlin with a healthy helping of sapphic romance.

Kristin Cashore’s Graceling series starts out pretty straight. Well, pretty tomboyish — and evolves into an enormous magical world full of LGBTQ characters. Each book is written about and narrated by a different woman (and a few different women + one guy, in Winterkeep) and takes readers on all kinds of quests. The books take place in a land where some people are Graced, which means they’re born with two different colored eyes and one very specific superpower. Some are pretty chill like being a master baker or being able to juggle anything without dropping it. But some Graces are a lot more complicated, like swordplay and mind-reading. A few of Cashore’s heroines are Graced, a few of them aren’t, and one of them has a whole different kind of magic. I’ve read this book series more than any other, and can’t wait for the newest book, Seasparrow, which comes out in November.

The Jasmine Throne by Tasha Suri 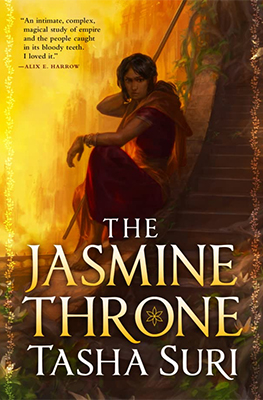 A captive princess! A maidservant who keeps the secret of an ancient magic! Enemies to friends to lovers with a dash of misandry directed at the princess’ terrible brother! The Jasmine Throne is set in a world inspired by India and features a brilliant magic system and riveting storytelling that will have you on the edge of your seat — or twisted up in your chair like a pretzel, if you sit like a bisexual — from start to finish. 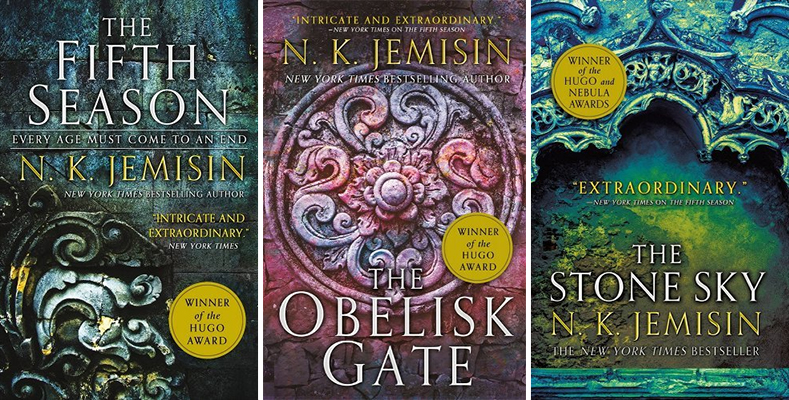 N.K. Jemisin’s multiple Hugo Award-winning Broken Earth trilogy is one of the most celebrated fantasy series of all time, and for good reason! All of Jemisin’s work is principally populated by people of color — she has talked often about how “brown becomes the default” in all of her worlds — which is a glorious change to the overwhelmingly white sci-fi/fantasy canon. The books are also stacked with fully realized queer and trans people. The Broken Earth series take place in a world of Orogenes, people who are born with an innate ability to control potentially catastrophic geological events with telekinetic-type powers. The state tries to control their magic by enslaving them. Broken Earth follows a rogue Orogene and her blossoming Orogene daughter as they each flee persecution in their own way, and try to use their powers to save the world. There’s also a love story here that you’ve never, ever heard before.

Priory of the Orange Tree by Samantha Shannon 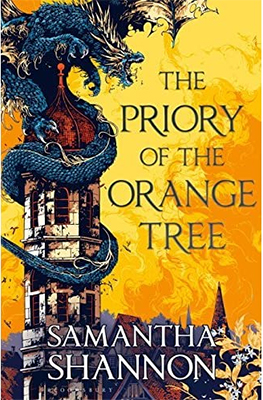 Priory of the Orange Tree is my all-time favorite book. It’s got powerful, complicated women trying to unravel the mysteries of their upbringings, dragons, magic, sword fights, witches, a longstanding patriarchal religion coming completely unraveled, and an epic queer love story. It’s a long one, over 800 pages, but they’ll fly by and leave you pining for Shannon’s forthcoming prequel. Shannon’s world-building is second to none, and her love story will leave you physically swooning. 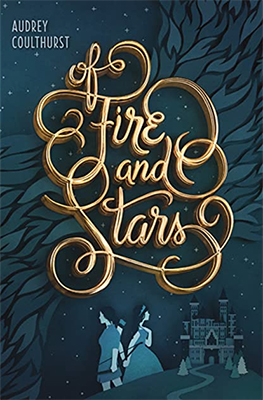 Of Fire and Stars is the book that got me through the aftermath of the 2016 election. It’s the only thing that made me feel anything besides sick at my stomach in those early days of Trump’s presidency. It’s another epic love story (look, I am who I am) between a young princess hiding her magic powers and the sister of the prince her parents arranged for her to marry. I mean this in the most affectionate way: If you love fan fiction, you’ll love this book. 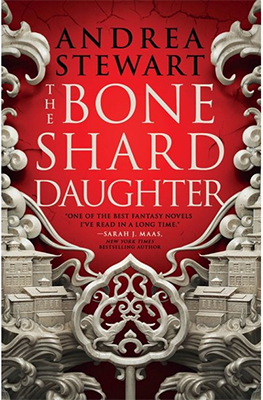 If you want a complicated magic system that’s going to slowly reveal itself in the creepiest way possible and then leave you so aghast it will stick inside your brain forever, well! The Bone Shard Daughter is for you! Told from multiple points of view, it focuses mostly on Lin, the Emperor’s daughter, who spends her life trapped within the walls of her father’s castle trying to recover the memories she lost when she was stricken with a mystery illness years ago. Her father refuses to teach her bone shard magic until she can grab hold of her past, so she decides to just teach it to herself. Much like the Priory of the Orange Tree, the queerness in Bone Shard Daughter is as casual as the fact that magic exists. It’s just a given.

The House in the Cerulean Sea by T.J. Klune 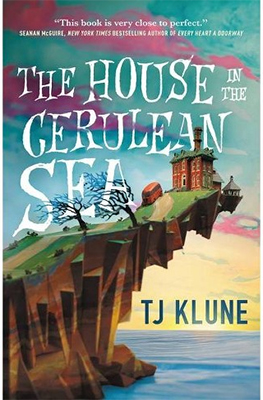 I don’t say this lightly: The House in the Cerulean Sea is, hands down, the best found family story I have ever read or seen or heard or played in my entire life. I cried more happy tears reading T.J. Klune’s novel than I’ve ever cried. (In fact, I haven’t even reread it because I cried so hard the first time, I gave myself a three-day migraine.) The story takes place in an orphanage on a magical island where a beloved caretaker raises kids who are, well, literal monsters. When Linus, a Case Worker at the Department in Charge Of Magical Youth, is sent to the orphanage, he finds his whole entire view of the world challenged and changed, as he learns to love every little perfect rascal of a monster for exactly who they are. His feelings for their caretaker? They surprise him most of all!