In the first few minutes of HBO Max’s Made For Love — based on the novel by Alissa Nutting, who also serves as a creator, writer, and executive producer for the series — protagonist Hazel (Cristin Milioti) emerges from a flooded sewer hatch in the middle of a desert, makeup streaking her face, her green dazzling dress sopping wet, looking both exhausted and feral. She turns toward all she’s left behind and throws up her middle finger.

Specifically, the things she’s leaving behind include her husband and abuser Byron Gogol (Billy Magnussen) and his virtual reality palace known as the Hub — Hazel’s home for the past decade of their marriage. If you can call a place you’re never allowed to leave a home. Made For Love paints a very thorough depiction of coercive control, the multilayered and terrifying process by which abusers completely degrade their target’s agency, sense of self, and options. And it manages to do so in a way that deftly smashes humor together with horror. Made For Love is both absurdist and also too fucking real.

Byron is a tech lord lauded around the world for his many inventions that supposedly have improved lives. He’s a capitalist supervillain. The media casually frames him as an eccentric recluse because he never leaves the Hub, and no one seems to care about what it means for his wife Hazel, who married him the first day she met him, leaving behind her small desert town and an alcoholic father (Ray Romano) whose addiction has deepened since her mother’s death. Made For Love weaves between Hazel’s present as she desperately tries to regain control of her life and with her past, the show taking its time as it reveals the arc of Byron and Hazel’s relationship and how Hazel went from not knowing this man at all to not seeing anyone else other than him and his staff for a full decade. 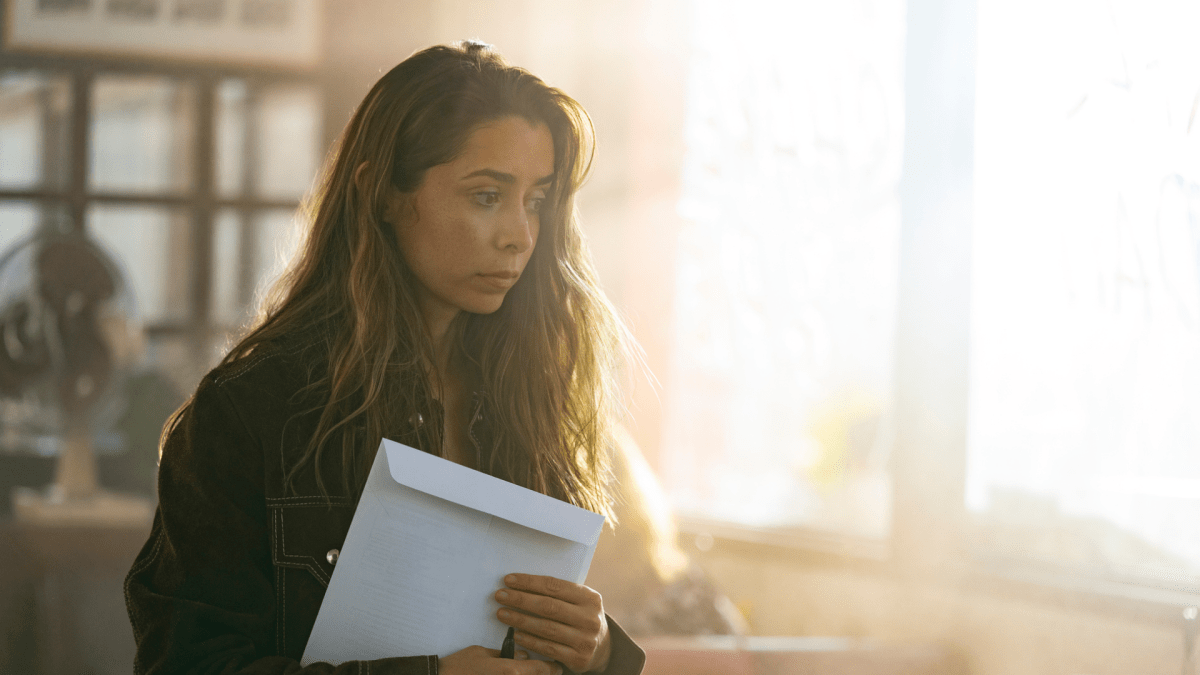 The best part of Made For Love? It doesn’t bend over backwards to explain Hazel’s choices. It doesn’t explicitly ask that dreaded question too often thrown at survivors of toxic or abusive relationships: Why stay so long? Instead, Made For Love lets Hazel be a fully realized character, never reducing her to her victimhood or undermining her agency. Instead, the show gradually reveals Byron’s approach to total control. Instead, the show so firmly plants us in Hazel’s head.

On that note, I should probably mention the big twist at the heart of Made For Love’s premise (revealed early on in the pilot, so I’m really not spoiling anything here): Byron’s put a chip in Hazel’s brain. It’s his latest tech breakthrough — and his most disturbing. Bearing the same name as the show, Made For Love is a device he hopes will disrupt relationships by essentially eroding all boundaries between partners. The eventual goal is a “merge,” when both partners are chipped and can experience each other’s four senses (he doesn’t believe in smell). In other words, codependence at its maximal level. When only one partner’s chipped — as is the case for Hazel — it means Byron can see and hear everything she does. He frames total surveillance as a way to help couples better communicate. As if his own coercive control of Hazel weren’t scary enough; he wants to monetize his fucked-up approach to relationships. Imagine the tech in any abuser’s hands, and the result is nothing short of a nightmare.

Surveillance, financial abuse, isolation, emotional manipulation — these are all methods by which abusers achieve complete coercive control, and Byron exhibits them all at their most extreme, dialed up by his access to invasive tech. On their first date, Byron engages in an aggressive form of lovebombing, dazzling Hazel by using his super-advanced virtual reality algorithm to take her all over the world. He says he can give her anything she wants and then puts one million dollars in her bank account with the click of a button. She has been searching for an escape hatch from her life, and Byron presents a very shiny one. She agrees to marry him right then and there. She doesn’t seem naive in these moments. Made For Love is always on Hazel’s side.

Then, the monster beneath Byron’s performance of affection gnashes its teeth. Sure, he put one million dollars in her bank account, but in the Hub, she doesn’t need money! Byron will take care of everything! She can do whatever she wants in the Hub! Except leave. Except work. Except anything Byron doesn’t know about. Day in and day out, Hazel’s surrounded by rooster statues that are actually surveillance devices. She has to rate her own orgasms using a system about as erotic as a corporate performance review. None of this is a secret — she knows she’s being watched. Byron’s trap is in plain sight. He has made it so when she does finally reach an escape hatch from the Hub, her options are severely limited. She has no friend to pick her up. She has no money. She’s alone. And he’s still watching because of the damn chip in her head.

At one point, a lawyer asks Hazel to give more details about why she wants a divorce. “Okay, so no infidelity,” he says. “Any abuse?” Hazel replies with an emphatic yes. “He was so controlling. Every day, he forced me to wake up at the same time. I had to eat a ton of vegetables. I could only play video games for a very specific amount of time. I had to be on a nap schedule. He forced me to sleep a minimum of eight hours a night.” The lawyer jokes that it sounds like a club med spa. He laughs at her, and it’s absolutely meant to be a funny moment, but it’s also, well, too fucking real. 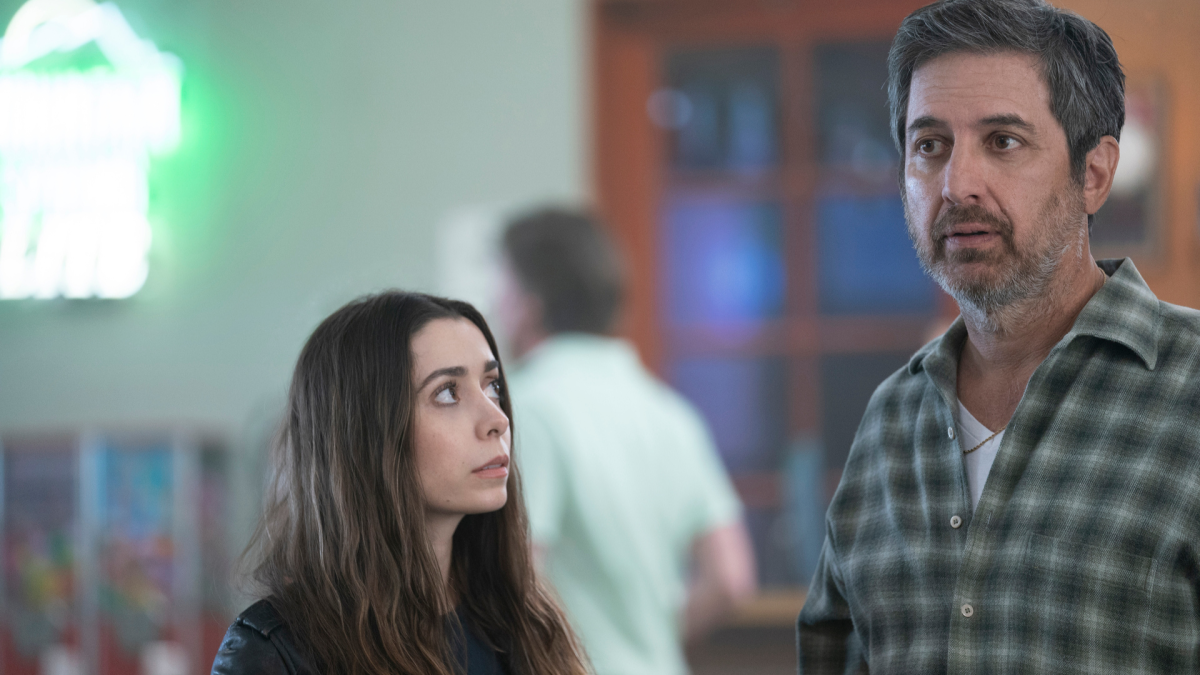 Abuse is often hard to describe to someone. A relationship is often hard to describe to someone. From an outside perspective, the dynamics can look either so obviously bad, leading people to ask the unfair “why stay” question or the dynamics can look innocuous. It isn’t until the chip in her brain gets mentioned that the lawyer finally listens. Byron surgically placing a chip in Hazel’s head without her consent is an obvious — and horrifying — violation. But what the lawyer doesn’t realize is that everything Hazel has just detailed made it possible for Byron to then cross that final line. The chip is the natural conclusion of his possessive and controlling behavior. He seized one of the final pieces of autonomy she had. And to make it all the more sickening, he did it not only out of a perverse desire to control her but also as a way to make more money. At the end of the day, all Byron cares about is his empire. Hazel might as well be another one of his tech toys. He literally turns her into a product test.

Byron thinks he can solve everything as tech, and he sees even the most minor inconveniences as problems. He hates smells. He hates mess. He hates anything, well, human. Hazel ferociously reclaims the mess and muck of real life when she finally breaks free of the Hub, where everything may look pretty and clean but is fake. There’s something empowering about seeing her in sweatpants and dirty clothes, hair unbrushed, swearing and wielding a shotgun. She’s a mess. Life is messy. Bodies are messy. Tech offers temporary and damaging solutions. Byron’s way of life is soulless and monotonous. Back in the real world, Hazel can really live, even if that kinda sucks, too. The only job she can get is cleaning toilets at the bowling alley. She argues with her dad, reopening all kinds of baggage. Romano and Milioti both deserve awards for the explosive father-daughter fight that happens in the second have of the season. Made For Love balances its over-the-top comedy with a very heavy dose of grounded and compelling emotional stakes. There are several balancing acts that the show pulls off, including rendering Byron as a legitimately terrifying villain but also a hilariously inept and babyish clown (Magnussen is great at this balance). Milioti is a brilliant comedic and dramatic actor, often doing both at the same time, which makes her such a perfect sci-fi lead.

Hazel’s not defined solely by her abusive marriage or by the chip in her head, but Made For Love also keenly acknowledges that shedding an abusive relationship doesn’t happen overnight. Byron is a constant presence — quite literally. He’s always watching. Hazel and her dad have to come up with creative ways to work around him. The always hilarious Patti Harrison shows up as Hazel’s former best friend Bangles and immediately and unsurprisingly delivers very good comedy. But Bangles is more than just a colorful character from Hazel’s past; she’s proof of a life before Byron. When she’s with Bangles, we see a version of Hazel that is infinitely more authentic than the Hazel of Byron’s own fantasies, the sanitized and flat idea of a woman he forced her to become at the Hub. Again, the show revels in Hazel’s newfound freedom, even as she continues to face obstacles. We’re watching Hazel stitch back together her sense of self.

Made For Love finds humor in unexpected places, but it also finds humanity in the unexpected. Hazel’s dad has become known as the town pervert due to his relationship with Diane, a “synthetic partner” aka sex doll. At first, it seems like Diane’s meant to just be a goofy gag, but then Made For Love sharply challenges that, makes you feel bad for laughing at Herbert, makes you ask questions about intimacy and grief and loneliness. Hazel ends up relating to Diane: She was little more than Byron’s doll. At the same time, Diane and Herbert’s relationship is actually healthier than Byron’s and Hazel’s. It’s rooted in companionship rather than control.

When she meets Byron, the thing Hazel most wants is a million dollars. She doesn’t yet know that she’s asking to be bought. When she finally breaks free of him, the thing she most wants is to just fly a plane for twenty minutes. That’s it. Twenty minutes of complete control, of feeling alive. It’s such a simple thing, and yet it feels huge. It’s the kind of freedom and power that Byron cannot offer. The catharsis of it will take your breath away.

Join A+
Related:made for love