I think we all know what the third best thing about Halloween is: TV specials. Did you see the Pretty Little Liars Halloween special? If you’re a PLL or Halloween fan, it was totally worth a watch. Don’t worry, even with the scary Halloween stuff, there was still plenty of sunlight on shining hair. 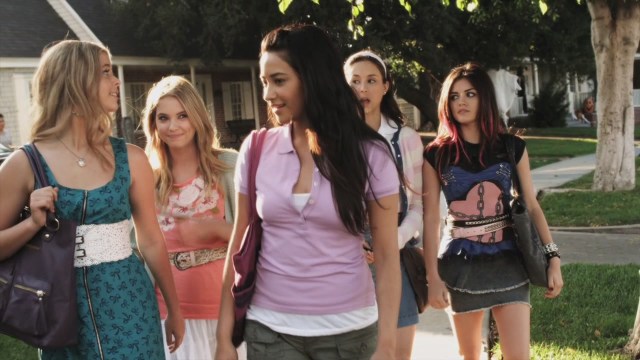 The episode was ordered at the end of the current season and takes place before the beginning of the series. So it should come as no surprise that there really wasn’t any contributing plot line. Basically, it’s the weekend of Halloween and Jenna moves to town. Noel Kahn’s throwing a hoppin’ Halloween party, and Allison’s weaseled them all invites. Someone’s sending Allison anonymous texts a la A, and we get to see the beginning of the girls’ secrets. But that’s not what matters. What maters is their costumes! So suddenly we find ourselves in the midst of You Still Have Time for a (Gay) Halloween Costume where I try to convince you that you still have time to pull together a stellar (gay) costume.

Halloween/costumes can be extremely expensive (at least if you’re me and you’re obsessed with them), so my goal is to keep every costume as cheap as possible. Sometimes there will be more or less expensive routes. You can go super intense with any costume or really basic– I’ll give you options along the way.

Here, I’ll cover each of the costumes worn by the leads on the Pretty Little Liars Halloween special. Unfortunately, Emily’s costume was, um, how do I say this… offensive. So I won’t be covering that one. Lucky for us, the other characters really pulled their weight with both awesomeness and gayness. 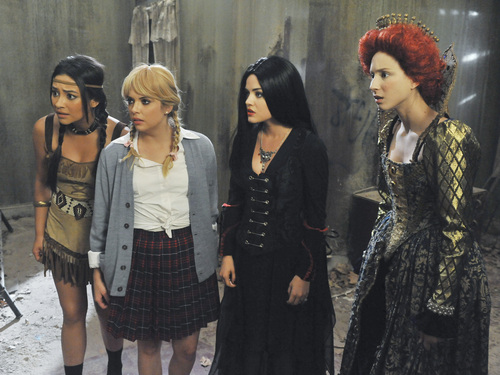 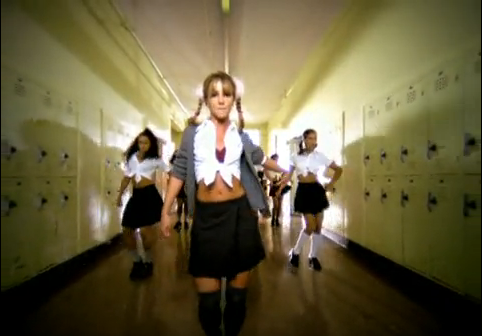 Britney Spears is a classic and easy costume. While “Sometimes” people might lean towards the pink cat-suit “Oops I Did It Again” Britney, then genius of “Baby One More Time” Britney is that you can pull it together with “Crazy” style like 1, 2, “3.” (See what I did there?) But seriously, as Hanna demonstrates, Britney is a great, cheap last minute costume. You can even one-up Hanna’s costume and do it better! It involves little to no sewing or crafting and requires only the contents of your closet or a quick trip to the grocery store.

If you’re reading this site, then you know how to put clothes on. The only part that might be unclear is the boa hair ties. You can get a feather boa for $1-$2. Though you could sew the boa to a hair tie or hot glue it even, but this is a good time to take the easy way out. Just cut the feather boa to about four inches and tie it in a knot around the top of each braid. the fluffy stuff will cover the knot and you wont need to worry about glue or anything. 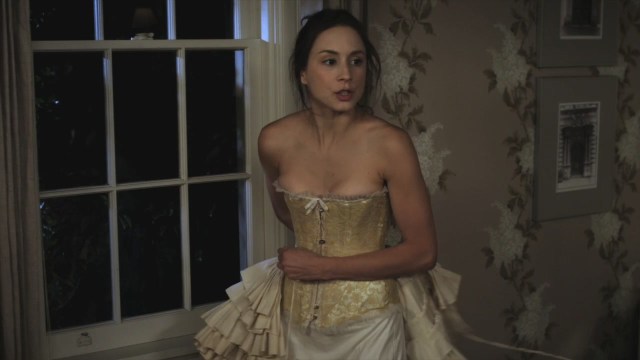 I’m not sure why, but I feel strongly that this is basically the queerest Halloween costume to ever appear on television. Mostly because I just love a historical costume. Spencer’s I suspect might be a bit too advanced for, um, anyone who isn’t a professional costume designer. If you really want to give it a try, I suggest Simplicity Sewing Pattern 3782. It’s a classic for Elizabethan costumes.

Maybe someday I’ll walk everyone in Autoland start to finish through a Tudor, Elizabethan or Renaissance costume, but that’s a much longer article for a much longer day. There are certainly plenty of femme Elizabethan costumes online and in costume shops. You can find some for $50, but many cost more than $300. Obviously, you don’t need the wicked expensive costume unless you’re performing Shakespeare or you’re just particularly awesome. If you like this sort of period/fantasy look but don’t care too much about the specifics of time period, you can throw together a similar look with store bought items. Try pairing a corset-type shirt over a peasant shirt, long skirt and scarf tied at the waist. Alternatively, a large waist belt corset with a peasant dress. The look will be effective as long as you have a structured bodice with a full skirt and long sleeves. If you’ve got a trip to the craft store in you, you’d be surprised how much gold braids or rick-rack can pull a costume together.

If you’d like to make a (traditionally speaking) men’s garment, you have a much easier road ahead of you. Tons of websites offer instructions on how to make Shakespearean style poofy-shirts (that’s a technical term). To make a quick doublet, take a cheap velvet jacket from a thrift store and cut the sleeves off. detail around the seams and edges with some of that gold rick-rack I was talking about earlier. Layer the doublet over the poofy shirt and pair it with capris or breeches. For the full Shakespearean look, throw in a funny hat. 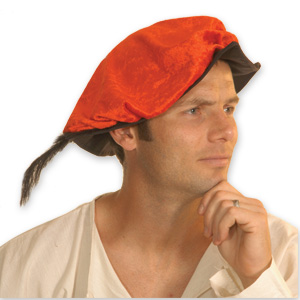 THIS GUY KNOWS WHAT I'M TALKING ABOUT

None of these suggestions are going to get you to Spencer’s level, probably, but in lieu of a Type A personality and relentless drive for perfection, I think these ideas will work pretty well.

If you have more thoughts/feelings/questions I suggest investigating the Elizabethan Costume Page. It’s something of a bible for these sort of things.

Next up: Aria’s witch costume plus hat, variations on Lady Gaga, and Creepy Baby Thing!

sign up for our newsletter
Related:fashioncaphalloweenholiday fashion guideholigayshow-topretty little liars