Hello Bostonians! Are you as sad as I am about the dearth of good bars for queer ladies in our city? Because I’m actively sad about it on kind of a regular basis. Luckily there’s this group of people who have somehow figured out how to make our lack of a solid place to meet each other into a good thing! They’re called The Welcoming Committee — and if you haven’t yet celebrated under their pineapple you’re in luck, because the next opportunity is right around the corner.

CHEERS, PAST TAKER-OVERERS! (VIA THE WELCOMING COMMITTEE)

The Welcoming Committee (formerly known as Guerilla Queer Bar) is a (currently!) Boston-based movement that “takes over typically straight bars, sports games, special events, and major travel destinations for one-time-only experiences.” Basically the idea is to get enough queer people in the same place that there’s no need to spend your energy worrying about whether that girl over by the jukebox is really giving you the eye or what, and also that said jukebox is only playing Robyn. 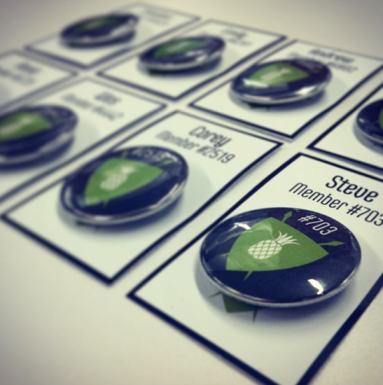 So far, they’ve taken over everywhere from Montreal to the Boston Symphony Orchestra to A River In Nature Where You Can Raft. They’ve got all the amenities necessary for a 21st-century movement, including a sweet blog, an Instagram, and a team of attractive and interesting people called The Corps whose entire job is to welcome you into the fold. One time I went to one of their shindigs at the Isabella Stewart Gardner museum and got so tipsy on that “we belong” feeling and those strange pear cocktails that I ended up hitting on a painting. Huge success. 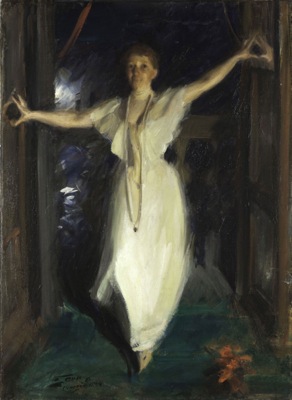 Like many LGBTQ happenings, some of The Welcoming Committee’s events tend to skew pretty G. So every third Saturday, they throw something specifically for queer women. It’s called the Flannel Takeover, and so far they’ve transformed everywhere from The Burren, an Irish pub in Somerville, to Allston’s Common Ground Bar & Grill (where the DJ thanked them for making it “a little less douchey”).  This coming Saturday, August 17th, happens to be one of those third Saturdays, so if you’ve been looking to meet area queers somewhere more soft and comfortable-sounding than Machine, this is your chance! They don’t announce the venue until the day before, so follow the Flannel Takeover Company on Facebook, and/or join the TWC e-mail list to stay in the loop (bonus: their emails are often stuffed with choice gifs). And if you can’t make it this weekend, don’t worry — as long as there is Boston, there will be bars, and as long as there are Saturdays, there will be flannel-based gatherings within them.