Is anything ever gay enough? Even gay events sometimes lack that John Water’s-esque level of queer. You know, the type of queer aesthetic that makes Candy Land an actual place, pushes gender presentations into malleable art installations and somewhere someone is turning on a projector to show you what their world looks like. Say hello to MIX 25 – NYCs Queer Experimental Film Festival. Since 1987, the MIX festival’s focus has been on provocative, sensory teasing and underground films that explore queer identities, politics and the multitude of intersectionalities that fill up our daily dance cards and give us reason to keep on keepin’ on.

From the shocking to the familial, from internationally curated collections of shorts, to unique narrative, documentary and experimental features, MIX once again shakes up the film-going and art-seeking world. 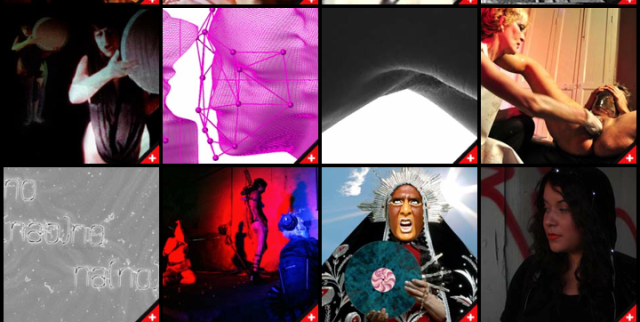 MIX 25 is a week-long event in NYC. If you’re feeling overwhelmed by which day(s) to attend, here’s my pick within a pick: Wednesday Night. On Weds, MIX presents Exploding Lineage! created by San Francisco’s Queer Rebels. Are you ready for 14 films by 17 filmmakers, investigating queer/LGBT histories of experimental art? You better be because the Queer Rebels are a movement:

Queer Rebel Productions showcases queer artists of color, connects generations, and honors our histories with art for the future. Founded in 2008, Queer Rebel Productions emerged out of K.B. Boyce’s solo performances as TuffNStuff, Drag King of the Blues. Launched amidst recession and a dwindling African American population in San Francisco, Queer Rebels fills a void by asserting the presence and critical contributions of African Americans and LGBT people of color.

Katrina Casiño and I will be in attendance this Wednesday night for an official fairy bro date. Please join us and make it a queer film rebel party! If that’s not enough to get you out of your house, here’s what the beautiful Queer Rebels had to say about why they exist:

Directors K.B. Boyce and Celeste Chan state, “We do this to energize our community through the arts, to create our own culture, and to inspire hope.” 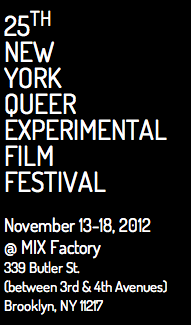 Buy your tickets now! Hope to see you there. Queer movies for everyone! Bring your $3 bills and rebel spirits.