This past winter, Katrina and I attended and co-wrote an article about the Queer Rebels “Exploding Lineage” film night at the MIXX film festival. Man, the “Exploding Lineage” film lineup (and Mixx itself) was fucking crazy, but good crazy, like queer pride out and proud rainbow brite crazy. It was an experience defined by queer historical narratives, poetic revolutions and enough diversity in its troupe of performers for everyone watching to find some face and story to connect to. Badassery at its finest. And and and in the middle of all that, what I remember the most is watching La Chica Boom’s short film FML. 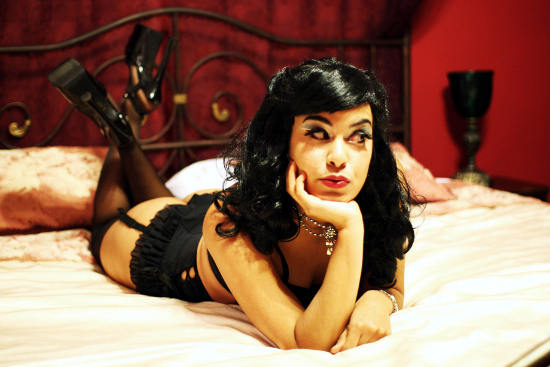 The Fresh Fruit Festival has mad love for La Chica Boom: F*ck My Life (FML) tells the riveting backstory and failure of Xandra Ibarra’s burlesque persona La Chica Boom. Using evocative sound montage, critical political imagery, and fast paced physical theatrics, FML chronicles Ibarra’s early ambition to use burlesque “spictacles” to undermine her audience’s Mexiphobic gaze. With astute direction from Evan Johnson, Ibarra reveals not only her tasseled pasties, as is traditional in burlesque, but also her incompatible relationship with her interracial audience and the emotional toll that her perverse-cum-filled-minstrel-spectacles have had over the past ten years of her burlesque life.

Today, July 14th, La Chica Boom will be showcasing a live theatrical version of her short film FML for the Fresh Fruits Festival at The Wild Project. So I’m gonna be there and fanqueer the fuck out. La Chica Boom is Xandra Ibarra’s burlesque alter-ego and serves as a vehicle to explore issues of QPOC representation, whiteness and and give one major side-eye to stereotypes about Mexicans. La Chica Boom may also be Ibarra’s espiritu santo. Ibarra is an M-80 bursting in the July heat, an electric queer Chicana artist performer and the Fresh Fruit Festival has brought her to us. But also, I wanna see what type of radical crazy she through La Chica Boom is gonna bring to NYC. 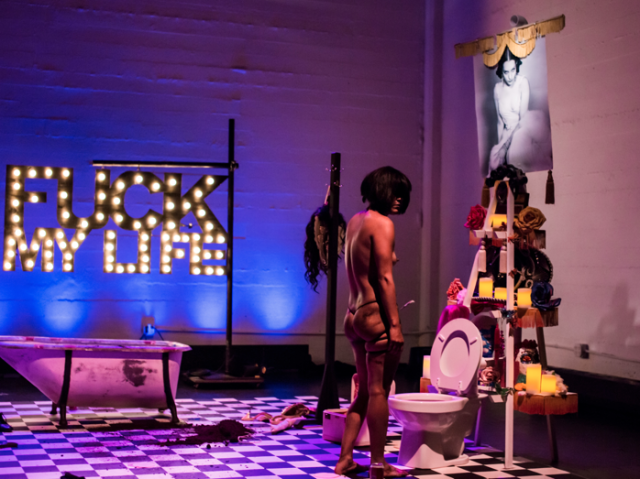 The Fresh Fruit Festival is presented by the non-profit organization All Out Arts to “to celebrate the LGBTQ community’s unique perspective, creativity and diversity, and to build links between the LGBTQ artistic communities, be they local or international.” The festival runs in New York City from July 8-21 with performances at the Wild Project, Nuyorican Poets Café and Leslie-Lohman Museum of Gay & Lesbian Art.

The 2013 FRESH FRUIT FESTIVAL showcases the wide spectrum of the LGBTQ community through a diverse array of artistic expression and artists.  This year’s festival includes 26 plays, 9 dance pieces, 3 cabarets, 2 films, a spoken word evening, a return of the hit queer memoir series, an opera, and a new art retrospective about LGBTQ homeless youth. via freshfruitfestival.com 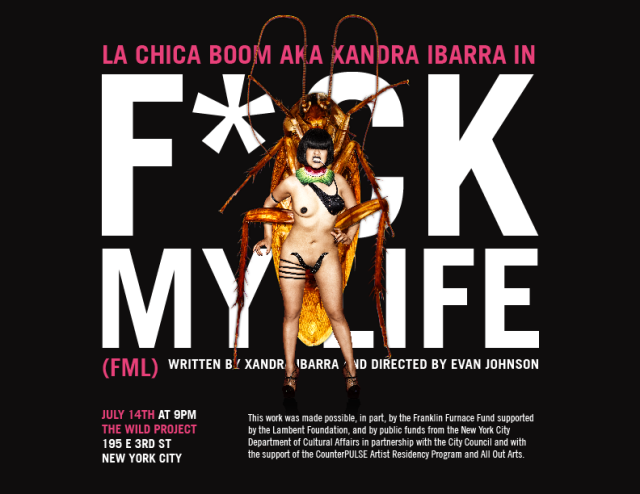 sign up for our newsletter
Related:qpocwomen of coloryou should go