Hey, do you guys miss A-Camp? Even if you didn’t go? I figured. Would you like to relive some of its glories in the Greater Boston Area? Then I recommend clearing out your immediate futures and heading to one of these awesome events. Or go to both! I’ll probably go to both. It’s not indulgence if it’s good for your soul. 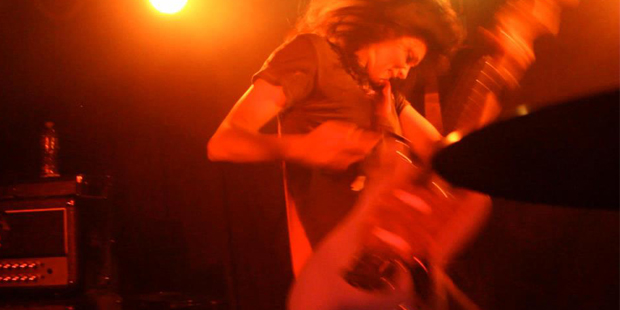 YOU COULD BE THAT CYMBAL. OR THAT WATER BOTTLE.

#1: Today (Thursday) at TT The Bear’s Place in Cambridge, there will a bunch of awesome local and local-ish bands featuring a lot of awesome women, INCLUDING Resident A-Camp Rock Star Somer Bingham. When she’s not busy interning for Autostraddle, Somer fronts a band called Clinical Trials, which sounds like Alison Mosshart wrestling PJ Harvey while an audience of hair dolls makes wagers. Here’s a video they made about what happens when Barbies go to Klub Deer.

Other bands include Licious, who sound like a contemplative walk through a forest where the trees have eyes, Slothrust, which do you pronounce it like “Sloth Rust” or “Slo Thrust” I DON’T KNOW,  and punk trio Sugar Bomb (fronted by Kat Hamilton, who is a ‘Straddler and a pink-haired force). Doors are at 8:00, and it’s 18+ and a mere $8. That’s only $2 per band! It’s way less than what you just saved on a haircut. You can get tickets here. 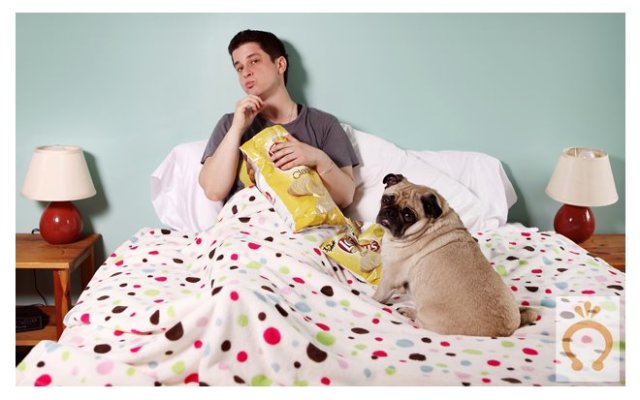 OR THAT PUG OR THOSE CHIPS {VIA ROBIN ROEMER}

#2: Tomorrow (Friday), Julie Goldman is bringing her comedic stylings and impeccable hair to Club Cafe. Her show is called “Julie Goldman / Lady Gentleman” and features stand-up and probably some inspiring folk-rock. All the reviews talk about how “it’s great because she talks about lesbian stuff but she makes sure ALL OF US CAN RELATE” but after A-Camp I’m just like “it’s great because she talks about lesbian stuff.” Will she sing “Gay Baby Army?” Will there be a Brandy Howard cameo? Will that cameo feature squirt guns? There’s only one way to find out. Tickets here ($20, or $25 if you want to be a VIP).

Hope to see you there and there! I’ll watch for little triangle pins catching the light.