Last week, Obama became the first president to ever mention gay rights in an inaugural address when — in between invocations of the Founding Fathers and Dr. King — he namechecked a few civil rights milestones:

“We, the people, declare today that the most evident of truths – that all of us are created equal – is the star that guides us still; just as it guided our forebears through Seneca Falls, and Selma, and Stonewall; just as it guided all those men and women, sung and unsung, who left footprints along this great Mall, to hear a preacher say that we cannot walk alone; to hear a King proclaim that our individual freedom is inextricably bound to the freedom of every soul on Earth.”

That line, combined with a later one about not giving up until “our gay brothers and sisters are treated like anyone else under the law,” got a lot of Earthly souls speculating about a lot of potential implications. Was the President hinting at future policy plans, or trying to secure a legacy? Is he giving the Supreme Court a not-so-subtle hint? Was it fair of him to lump such different movements together? Is alliteration absurdly annoying? Meanwhile, some, though excited by what Obama put into his speech, are equally concerned by who he left out — namely, trans* people, whom media coverage and the historical record have chronically left out as well. This is a terrible and self-perpetuating trend, and we’re in the middle of a great chance to reverse it. In her response to the inauguration, Melissa Harris-Perry talked about how “recognition is intrinsically valuable in a democracy, [as] mutual affirming recognition is the practice that allows citizens to operate as equals.” When the media fails to recognize the role trans* people have played in LGBT history, it fails to recognize and advance that equality. 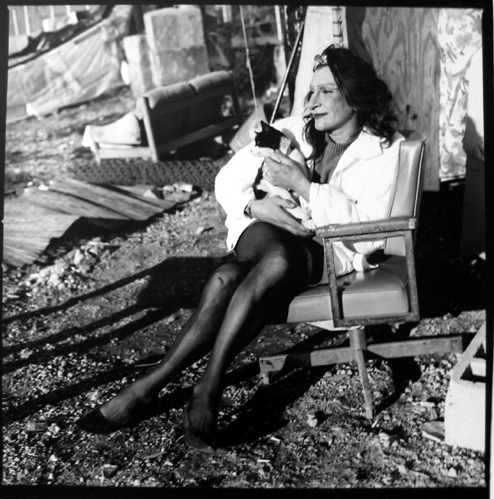 Obama’s speech put Stonewall back into the public consciousness in a big way. According to Google Trends, the Internet has never talked about it this much, even on the Riots’ 40th anniversary in 2009. This means said Internet talkers — along with other journalists, historians, and informed conversationalists — are being given the chance to tell this very important story to an audience that is, however temporarily, really listening. Obama set up the alley-oop and now we have to dunk it. It’s a big responsibility.

A bigger and bigger one, because we’re in the information age, when if you want to find out about something quickly, you Google it. This means that increasingly, the agreed-upon story — the one that survives — isn’t necessarily the most correct one, or the one that’s told the best; instead, it’s the one that’s told the most. If you were among the curious millions who searched “Stonewall” in the past week, one of the first results you got was from NPR, and was entitled “Stonewall? Explaining Obama’s Historic Gay Rights Reference.”  In the interest of those who missed the 60s, on whom “Obama’s reference was very likely lost,” NPR gave a quick primer on what happened when “gay men resisted police harassment at the Stonewall Inn gay bar in New York city.” In doing so, starting with that very first sentence, they struck a bunch of main players from the historical record. What about Stormé De Larverie, the “Stonewall Lesbian” who spurred the crowd’s initial surge when she resisted police outside the club? What about Tammy Novak, the trans* woman who threw some of the first punches? And what about David Van Ronk, a straight ally who hit an officer “with an unknown object”? Maybe, as the NPR article says, Stonewall itself “was not filled, as some accounts have it, with drag queens and street hustlers,” but perhaps that’s because, as trans* history blogger Zagria points out, a lot of them “could not afford the entry fee… [and] were often found in the parkette across the street, which turned out to be an ideal place to join in the riot.” In any case, it wasn’t only gay men resisting – not even close. And now everyone who heard Obama’s speech, cared enough to look up the reference, and trusted a generally good-hearted news source to educate them about it has missed out on a huge part of the story, and is still living in the dark about this and (presumably) many other hugely important contributions that trans* people have made to queer history and to America as a whole. 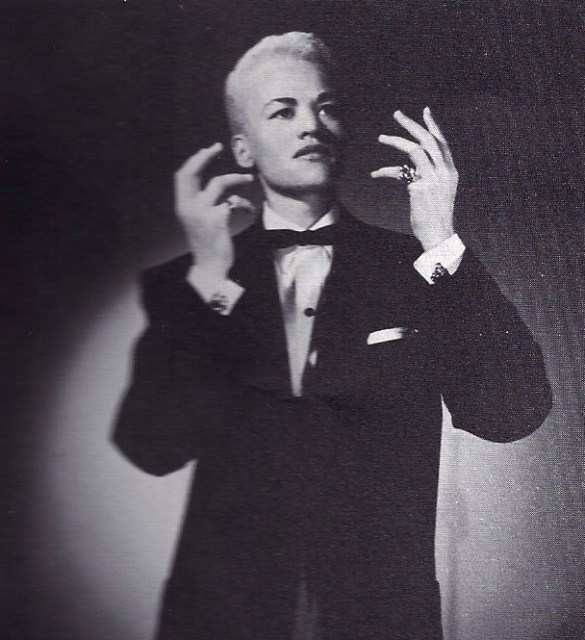 The NPR case is a strange one — their reporters have been specifically praised for trans* stories before, and pieces for their “Stonewall At 40” series a few years ago featured more accurate and inclusive retellings, as well as modern perspectives from trans* kids at the Ali Forney center. The author of this most recent piece, Liz Halloran, talked to historian and activist Martin Duberman, who wrote the first ever history of Stonewall and seemed in this interview to contradict his own previous work. But this case is just the most recent in a long line of similar ones that stretches across decades and media. Cristan at Transadvocate, in a fascinating and well-researched piece, points out that this particular erasure happens time and again, variously due to compounded oversight, as a response to what some apparently see as a false co-opting of gay history by trans* people, or because of plain old ill intent.

As Crista puts it, “this isn’t the first time the Stonewall movement has been retold as being the Ciswall movement.” Erasure started directly after the riots. Some came from outside sources, like New York Times reporters, who didn’t understand or prioritize complexities of identity and just called everyone “men” in articles that are now primary sources. Some came from within the LGBT community, which, dusting itself off and finding that it suddenly was a community, suffered from infighting — RadFems and Lesbian Liberation Movement members fought with trans* women; there were brawls for the mic at pride parades. Later, when the first LGBT historians were compiling what would become the first official narratives, some, like Wayne Dynes, confused a lack of static terminology (there have been many words for “trans*” over the years) for a lack of existence (others did the same with a lack of photographs).

ALL KINDS OF QUEER PEOPLE OUTSIDE OF STONEWALL {VIA TRANSADVOCATE}

The strangest thing about all this, is Stonewall is so important partly because that’s when we started to realize how in-it-together we were. In one of the older, better NPR Stonewall articles, Michel Martin interviews Danny Garvin, who was also a part of the riots. Garvin says that, before Stonewall, “we never realized how connected we were as a community. That it didn’t make a difference if you were a drag queen, or if you were a leather queen, or if you were just a young kid, or if you were an older person over 30, we were all fighting for a right… to get back into the bar, to be able to dance, not be oppressed.” The way we talk about Stonewall should reflect that, and celebrate it. Why would any of us ever want to do otherwise?

When it comes to trans* rights, Obama has a fairly good track record, or at least one better than any other president’s. At the White Houses’s 40th anniversary Stonewall event, he hosted representatives from the National Center for Transgender Equity and the Sexual Minority Youth Assistance League, and specifically thanked those who work “in pursuit of equality on behalf of the millions of people in this country who work hard and care about their communities — and who are gay, lesbian, bisexual, or transgender.” I’m guessing that he knew what he was doing with that particular reference; that, even if he didn’t spell it out (and I wish he had), he actually believes in the freedom of every soul, and knows something about all the different kinds of forebears who were at Stonewall. But not everybody does, and it’s the rest of our responsibility to fix that. As trans* activist Gwendolyn Ann Smith put it, Obama’s speech was “a call to action,” showing how necessary it is for trans* people “to secure our history and work toward our future.” The two go together, and those privileged with telling this history need to stay aware of this.