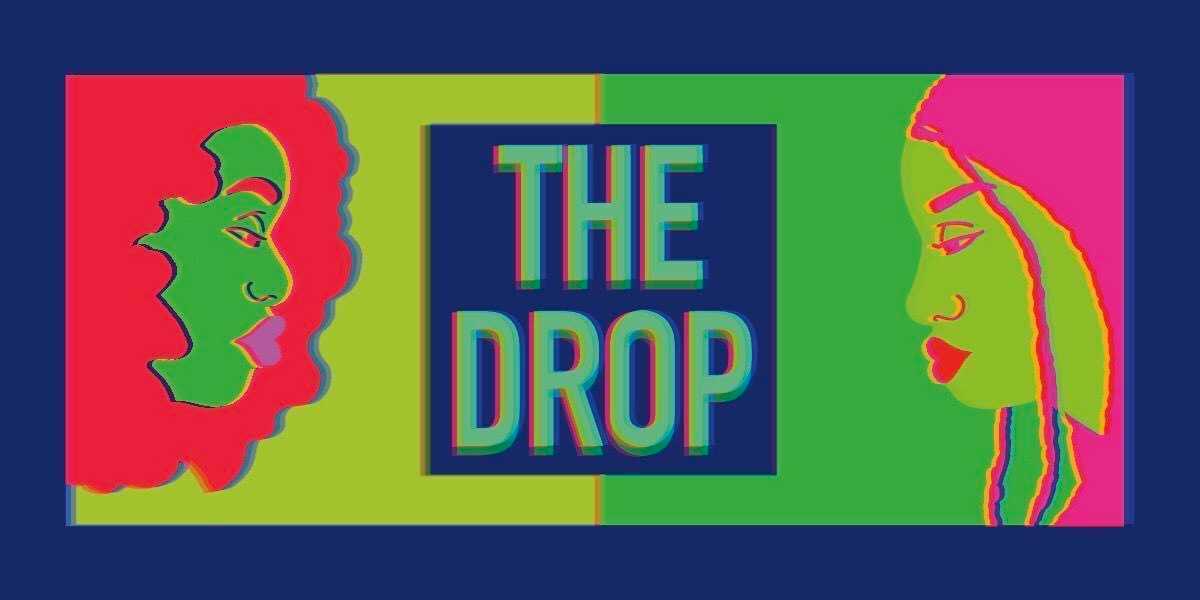 The Drop is an ongoing series where Dani Janae and Shelli Nicole chat about Queer Black Pop Culture. This time they chat about the constant erasure of fat (and dark-skinned) Black women in the music videos of Black Queer/Lesbian musicians. For years, the love interests or objects of desire in the music videos of cishet male Black musicians, have in large part been thin (or acceptably curvy), and fair-skinned Black or racially ambiguous women. Now that same imagery is becoming a constant in the music videos of Black Queer/Lesbian musicians. Dani and Shelli chat through and wonder — do these artists know the message they are sending or do they simply not care?

Shelli Nicole: Omigosh, Why am I rewatching “The New Edition” movie? I forgot how good it was! Anywayyyyyy — let’s jump in!

Shelli Nicole: So I wanted to talk about this because a few weeks ago Syd’s new video came out. I do love her and her silky smooth-ass voice but I just was hella invested in what the love interest in the video would look like. Then, of course, the video comes out, and yeah it’s queer and cute but lo and behold — another thin girl (who is also somewhat racially ambiguous) is the love lead. Like, I’m….so sick of it? Folks will call me salty and they are correct, BITCH I AM SALTY ABOUT IT.

Dani Janae: Yeah, I didn’t even know about the video until you brought it to my attention but I was not surprised by the love interest in it. Most of our pop and R&B performers are thin or have idealized body types, and their love interests are the same. It’s really disappointing. Like, y’all can’t even pretend for a fictional video to be attracted to someone who doesn’t look just like you?

Shelli Nicole: I’m saying! Like, I get music videos and films are great for fantasy, cool that’s why I love them. But shouldn’t it be addressed if everybodys’ fantasy is a thin, cis-gendered, racially ambiguous woman? Is that the fantasy? STILL? Is that the “Look Ma, I finally made it!” — even for Black queer/lesbian musicians? I hate that I’d be okay with settling for them pretending just so the same narrative stops getting pushed forward, but as you said — they can’t even do that.

It’s not even just the fair-skin folks that’s the biggest issue for me, it’s the blatant fat erasure. People think dykes are so ahead of everything and that we totally love all women no matter the shape or size but, that’s just not true. Our community is also pushing this whole narrative forward that thin equals pretty and it’s fucking trash. I mean, on a non-musical side note you literally see it everywhere — just look at the new all cis, lite-brite and ALL THIN lesbian reality show Tampa Baes.

Dani Janae: YES! Dykes definitely fashion ourselves to be so progressive and that we don’t have the same pitfalls as men, but everyone is still really looking for the skinny pretty light-skinned, or white girl. Like I have written about this before, but the media we consume reinforces what we should find attractive. So when all I see are thin women getting dates/receiving love and adoration, it speaks volumes and just reiterates my lived experience.

Shelli Nicole: For sure, dykes will praise your confidence and share your photos to their stories with a fire emoji — but to be actually attracted to you? see you as a romantic interest or sex symbol? TOO FAR. It’s also interesting because it’s not just Black dykes who are pushing this narrative, it’s Black cis gay men too. The same ones who say they love us will still only put their thin caucasian friends in their music videos as dancers or background cuties.

Dani Janae: Yes exactly! It’s so rare to find that representation and even in our own community, we get erased. There’s still a persistent idea that lesbians are white so seeing Black lesbians is hard enough. Fat Black lesbians are virtually invisible.

Dani Janae: I think the casting is very purposeful, the artist probably has some say in who gets cast but not total autonomy. I’m not in the music industry so I can’t speak with total authority, but it seems like the only time you see a fat woman as a love interest is when the musical artist also just so happens to be fat. I think about how it’s become a running joke that Netflix casts the same light bright cookie-cutter actresses as Black representation in their movies, and the same goes for music videos.

Shelli Nicole: I wanna point out too it’s not just the masc presenting Black queer/lesbian artists that I take issue with, it’s the femme ones too. Cynthia Erivo has her music video out where the love interest is a masc presenting, athletic-built person who is also fair-skinned. We as Black queers/lesbians talk so much about the need to see our love on the screen to normalize it, but when the opportunity presents itself to do so, the same layouts are shown. It’s the Masc/Femme relationship, two thin-bodied cis people, and da da da. So it’s like, do we wanna normalize our relationships, or do we wanna normalize a certain type of our relationships? You know?

Dani Janae: It also just perpetuates the idea that you have to look a certain way to be worthy of love! I write about being fat and dating a lot and I can’t tell you how many people, including other gay people, just have the attitude of “lose weight fatty and then you’ll get a date” and I’m just like NO.

Shelli Nicole: Absolutely. When I write about being fat and having sex or dating, people are stunned. Them being so dumbfounded is because they believe (or have been taught) that fat girls just don’t deserve those things. Can you think of any queer Black Lesbian videos where you have seen fatness present? in a romantic, loving, or sexy way?

Dani Janae: I honestly can’t. I’m sure there are indie artists who do have that representation in their music but I’m struggling to pull up examples. That Younger Lovers video I sent has fat Black people in it, but the central couple we see being intimate is still thin/traditionally attractive.

Shelli Nicole: So again we’re resolved to being boxes to tick off.

Shelli Nicole: The only one I can think of is Jada Michael in Freak and in that space, she is the fat femme that is in control and she centers herself as the object of affection, the love interest is another thin person though. Oh, and I guess Can I by Kehlani, but even then it’s not like a love interest. It just feels like “Here is a fat girl so you can’t say there wasn’t one in it”.

Dani Janae: Yes totally! I think Kehlani is cool and I don’t want to disparage them, but it’s hard to not feel like people will throw in one plus-size person to avoid criticism.

Shelli Nicole: But I took it and didn’t really complain because I was just — grateful for the representation? which, ugh how sad. For me, it just extra hurts to see it come from Black lesbian/queer artists in their videos. Non-black artists will often have a Black girl love interest or a fat girl but it feels so performative. It’s wild that I’m even asking the Black artists to be performative if they have to just to see myself represented.

Dani Janae: Yes totally, it reminds me of how people will love us in private but when it’s time to go public they get reaaaal secretive or do some performative “look at how progressive I am with my fat girlfriend” bullshit.

Shelli Nicole: I’ve been in both of those situations and all I wanted to do was set myself on fire. That was a dramatic statement but it fits. Basically, fat queer Black girls exist and we deserve to be more than just the friend in the music videos or their hype girl when dykes need a confidence boost. You can be Black, fat & sexy — like literally all of these things can be true.

Dani Janae: Exactly. We are here, we exist, we are TALENTED and can and should be the love interests in your movies and music videos!

Shelli Nicole: Can’t wait to be attacked on social media when this comes out by people telling me to stop whining about fat Black girls needing love and just start working out instead.

Shelli Nicole: Also – I’m not even asking for it always to be some sweet tenderqueer love interest. I am asking for fat Black girls to also be seen as sexual hot beings — so like…objectify me I guess?

Dani Janae: Shelli can have a little objectification as a treat.

Shelli Nicole: Awwww, that’s all I ever wanted.

Dani has written 84 articles for us.