Search the hashtag #AB1266 on Twitter, and you’ll see what I mean by clusterfuck. It’s a mixture of conservatives, LGBT groups, names of California counties, statistics, and conflicting reports of what’s happened, and what’s next.

The basics: Assembly Bill 1266, the School Success and Opportunity Act, is a California law which allows access to programs and facilities based on gender identity. Over the fall, a coalition called Privacy for all Students has been trying to put a referendum on the law on the 2014 ballot. Their argument: AB 1266 is so broad it would allow high school boys to invade women’s privacy. That’s not what Tom Amiano had in mind when he authored the bill last February. His communications director, Carlos Alcala, said that the bill was meant to be a clarification of existing law.

Specifically, what the bill does is add 38 words to Section 221.5 of the Education Code:

(f) A pupil shall be permitted to participate in sex-segregated school programs and activities, including athletic teams and competitions, and use facilities consistent with his or her gender identity, irrespective of the gender listed on the pupil’s records.

Most California students already go to school districts with similar policies. And there’s already a statewide policy against discrimination based on gender identity. However, there were times, Alcala said, when it seemed that districts didn’t know what that entailed. A pointed example came from Arcadia Unified School District. They required a trans middle schooler to use the nurse’s office to change and use the restroom. When he went on an overnight field trip, he was forced to sleep in a separate cabin with his father. In 2011, he filed a complaint with the Departments of Education and Justice based on discrimination under Title IX. This year, an agreement was reached where Arcadia agreed to implement a broad trans* rights policy. (And, as an aside, the actual agreement reads like trans* tumblr.) 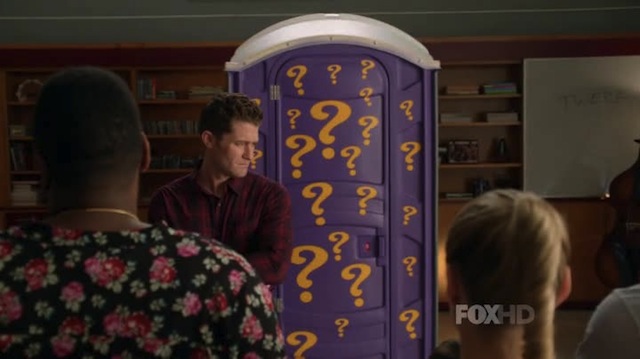 Also, if you do this in real life, you get sued.

AB 1266 is what you’d call no brainer legislation. It clarifies state law to avoid legal challenges. It implements a policy that most districts already follow. It incurs no cost, and saves the legal fees of lawsuits like Arcadia.

What could go wrong?

As it turns out, everything. The bill came along at a time when the political climate was becoming gay friendly. It meant that anti-gay groups like NOM and One Million Moms were struggling for relevancy and cash. However, while attitudes towards trans people have improved, there’s still a lack of knowledge about transgender issues. Like Arcadia, most people supported trans rights, but didn’t know what that entailed.

According to GOP strategists, that leaves an opening for political gain (no really, that’s literally what they’ve said). Over the last year, right wing groups have started to shift their focus from protecting children from gay marriage to protecting children from trans children. AB 1266 provided the perfect opportunity. Without looking into any of the context for the bill (or what it even did), right wing media repeatedly attacked it.

Less than a month later, Privacy for All Students was formed. As if to highlight the connection to the marriage debate, they soon garnered the support of Prop 8 architect Frank Schubert and NOM. By October, they were asking for donations to get signatures for a referendum.

What they hoped to accomplish was a little less clear. Says Cristan Williams of the Transadvocate, “If AB 1266 went away tomorrow, these [policies] will still be in place because they were already in place prior to AB 1266.” Still they received hundreds of thousands in donations. Including hedge fund manager Sean Feiler and Henry Rowland, chairman of the Jelly Belly corporation. 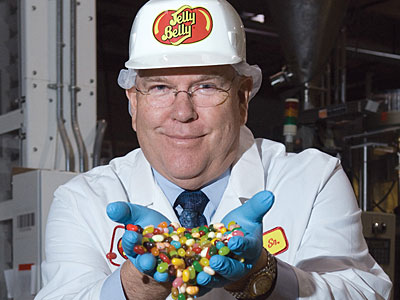 I hate you for making me hate your delicious, hate-sponsoring candy. (via nycprowler)

In November, they submitted 620,000 signatures for review, of which 504,000 needed to be valid. Over the winter, anywhere from 500 to 2,000 signatures from each county were checked for their validity. Results trickled in as #AB1266 gave way to speculation about the petition’s fate. On January 8th, Secretary of State Susan Bowen said the estimates didn’t yield enough valid signatures to qualify for the ballot. However, the number was high enough to call for a full count of signatures, to be completed by February 24th.

What happens next is anyone’s guess. Williams points out that they ‘barely reached the 95% validity rate from the random sample spot check’. Of course, the estimates aren’t an exact science either. There’s no telling until February 24th, when the results of the full count are due. If it does go to a ballot, Privacy for All Students will be well funded to make their case. Even if overturning this law accomplishes nothing, the publicity around it would be a ‘win’ for the coalition. What’s more, Privacy for All Students has the funds to potentially make their presence national.

In an interview with the National Review last October, Shubert said, “I hope we can qualify for the referendum, reengage the faith community in California to take a stand, win a victory, and reenergize the pro-family movement.”

As for the bill itself? It’s been in force since the New Year (despite conservative claims). Because the status of the referendum hasn’t been determined, Amiano’s office is unable to defend the bill, or even answer PFAS’s claims. Doing so would risk using their office for electoral purposes.

I almost feel bad for them. This was, by and large, routine legislation. A cursory glance of the bill’s analysis shows just how ingrained trans* inclusion is in California policy. And, really, it’s policy nationwide. The trans population is so small that it just isn’t an issue for administrators.

That is, until now.

Thanks to Transadvocate and Daily Bulletin for additional reporting.