We hear a lot about how support for same-sex marriage is much stronger amongst young people than it is amongst old people. The New York Times hit the streets of the city and did one-on-one interviews with the youngsters they found about their views on same sex marriage. This interactive map/etc is pretty f*cking awesome to play with! You can listen to all of these people talk! It’s so rad! (Except for the guy who says gay people are going to “get their health insurance regardless” and “all the things they need to be happy” without marriage and therefore why do we need marriage? That idea is less rad. But worth listening to, because we should know how people feel on both sides. ) 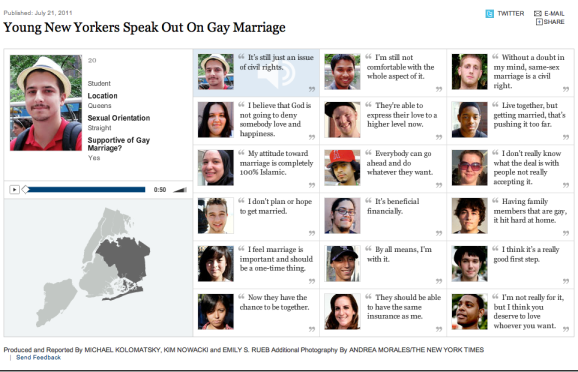