Impressive group, right? They’re super smart, ambitious and accomplished. Oh, also: this campaign has them all in their underwear. 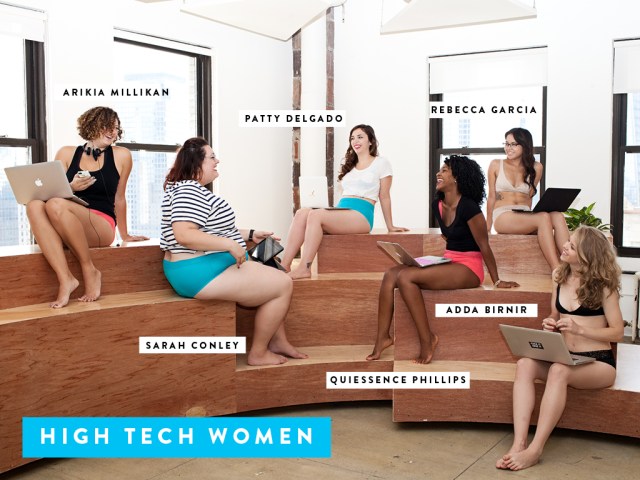 Dear Kate is a lingerie company specializing in underwear with a built-in breathable lining that protects like a pantiliner. They’ve made waves in the past with their refreshingly diverse models, showcasing women who do things beyond looking sexy. Since last November, Dear Kate has been featuring collections named after inspirational women — in this case, Ada Lovelace, the world’s first computer programmer. Previous lookbooks have included lines named after Vera Scarth-Johnson (a prestigious botanist and botanical illustrator), Ella Fitzgerald (“queen of jazz”), and Rosa Mayreder (author, painter, musician and feminist).

Although the campaign received some criticism — “Posing in your underwear undermines the message that you aim to be taken seriously as a technologist,” Elissa Shevinsky, CEO of Glimpse Labs, notably told Time — I personally loved it. (And not just because these women look fabulous. Although there’s that, too.) 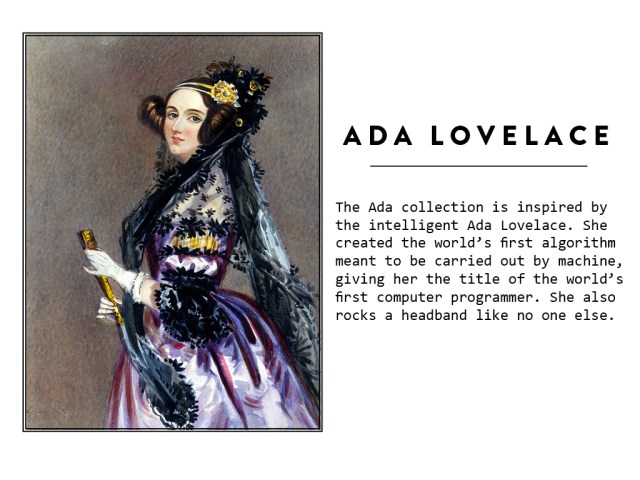 As a woman engineer, I’m very familiar with the narrow set of parameters for “acceptable” dress and behavior among women and female-assigned people in STEM. We’re supposed to look polished — but not too polished, or we’re read as prissy girls who don’t want to get our hands dirty in the lab. We’re supposed to be attractive — but not too attractive, or we’re viewed as a distraction and face liability in the field. We’re supposed to be feminine and smile a lot — but not too much, or our numerous male coworkers assume we’re pushovers. Gendered double standards aren’t exclusive to STEM, but for women who work in those fields, they’re an unavoidable reality.

Specifically in tech, we’ve seen a spate of sexist horror stories come to light recently. From Titstare to #GamerGate, the past year alone has brought numerous high profile examples of women in tech being marginalized, objectified, and generally treated poorly. So it’s not surprising that there would be heightened sensitivity and concern when a group of female tech leaders are shown in their underwear. That’s a good thing! But hold your horses, unicorns, and angry pack of wolverines — there’s more to this campaign than you may first assume. 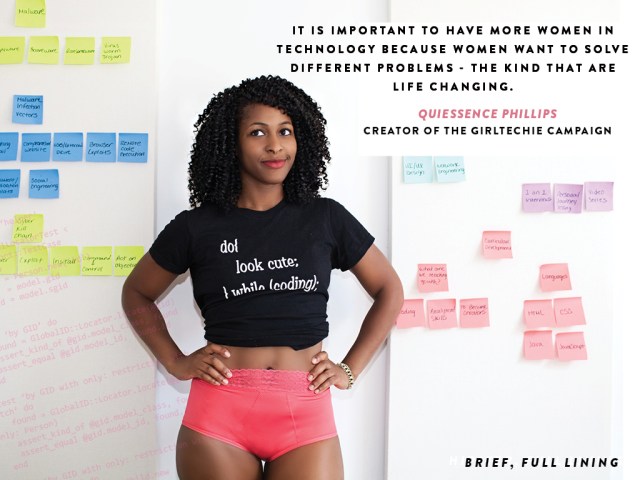 “The majority of the responses that we received in response to the Ada campaign were positive so I think overall it was a campaign that resonated with women in technology. The criticism mainly came from women who felt it was inappropriate for women in tech to be photographed in underwear given the fact that there are still issues with sexism in tech. Many failed to look at our previous campaigns and jumped to the conclusion that we featured women in tech as a publicity stunt, when in reality, we have always featured women we admire because of who they are and what they do, not only how they look. Taken out of context it rubbed a few people the wrong way.”

Agreed; the context is everything. Women in STEM are so often shoved into boxes and told that our number one concern should be strategizing to make sure we’re put in the “right” box. This campaign subverts that, choosing instead to show women as the complex, multidimensional beings we really are. Certainly not all lingerie ads are empowering to women, but this one — which works to break down restrictive definitions of “acceptability” for women in career choice and body type — reads to me as a clear act of feminism.

“It’s been a long process undoing the brainwashing that the media imposes on little girls to make them think they can’t be beautiful unless they tread down the capitalistic rabbit hole of endless artificial enhancements,” Arikia Millikan wrote in a post on her blog titled “Why I Decided To Pose For A Lingerie Photo Shoot.” Although she initially wasn’t sure she wanted to participate, she realized, “Anyone who would sexualize me, objectify me, or treat me differently in the professional world would do so regardless of what I wore, and those who respect me would continue to. Why would I sacrifice the opportunity to be professionally photographed in what I feel is the best shape of my life? I’ve never kept myself from doing anything out of fear, especially when that fear is the burden of women alone.” 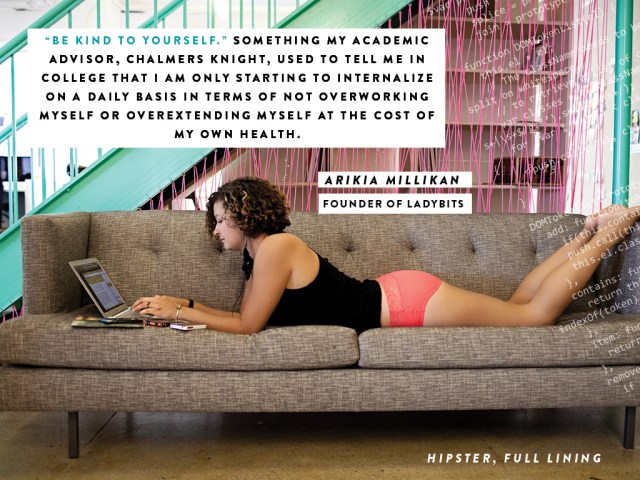 In coming months, Sygiel said, they’ll be working on a collaboration with the League of Ladies. “We’re excited to continue showcasing incredible women and show the world that intelligence is unrelated to clothing.”

For more, check out the #notcontroversial hashtag showing support for the campaign, and DearKates.com.