Pick any major battle in contemporary U.S. queer history, from Stonewall to marriage equality to non-discrimination efforts, and bisexual people were on the front lines of the struggle.

You might have to dig to find the stories, though. Historical texts often subsume bisexual activists into the G in LGBT or ignore their contributions altogether. Recognizing the historical work of bisexual activists and movements is key to our continued struggle and survival, bi leaders say. Bisexuals experience markedly high rates of closetedness — LGBT MAP reports that only 28 percent of bi people are out to the most important people in their lives, compared to more than 70 percent of gay men and lesbians. That’s in part because they don’t have faith their experience will be seen as legitimate. That erasure leads to dangerous medical outcomes, like high rates of depression, alcohol abuse and suicide ideation. There are many ways to actively address those health disparities, but part of the solution is making it easier for bisexual people to see the validity of their experience.

So today, Bi Visibility Day aka Celebrate Bisexuality Day, let’s talk about bisexual history and why it matters.

For example, Brenda Howard, called the Mother of Pride for her key role in organizing the march in New York City on the first anniversary of the Stonewall riots, was also a prominent bisexual activist who established some of the oldest bi-specific programs in the country. 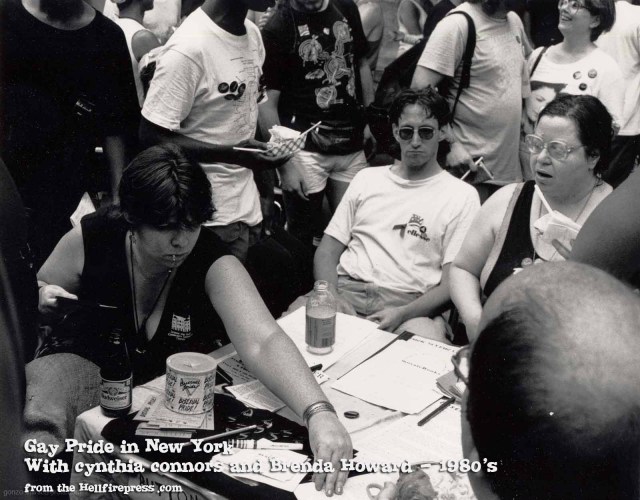 Brenda Howard distributes materials with other bi activists at a Gay Pride event in New York in the 1980s. Photo by Efrain Gonzalez.

Sylvia Rivera and Marsha P. Johnson, two trans activists of color who were key actors in the Stonewall riots and following decades of activism, were also bi. However, even as bisexuals led the way for a visible and active LGBT rights movement, it was hard for them to have their specific concerns or even identities addressed by what was labeled internally and externally as a Gay movement.

“In the 70s we fought very hard to break the labels out,” said black bi elder ABilly Jones-Hennin. “I was part of the movement in the 70s, and we started to say that it is important for the public to recognize that there are lesbians, bisexuals and transgender folks.”

However, even then he hesitated to call himself bisexual because he was afraid of being excluded from activist movements.

“In the early 90s I got more insistent about identifying myself as bisexual because I became aware that identifying as gay was a form of bisexual erasure,” Jones-Hennin said. 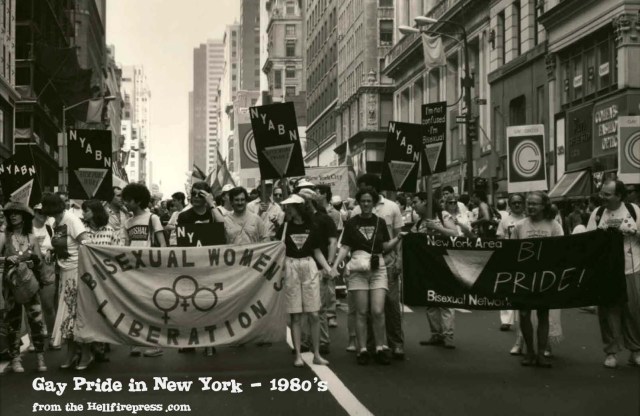 And of course, non-monosexual people have been part of societies throughout recorded history. They experienced varying levels of social acceptance, and in some societies were even given privileged status. Many historical texts don’t call those people bisexual but instead invisibilize their behavior into homo- or heterosexuality, says psychologist and bi history enthusiast Estraven.

“History books were written by straight people so it was erased, and today even when they’re written by gay people it’s erased,” Estraven said. “If you read with a bisexual eye, it’s so clear. We have all been here, including trans people, since the dawn of time, and there were always words for it. The misinformation needs to stop.” 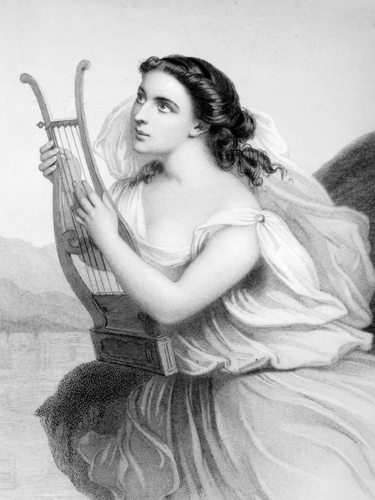 Greek lyric poet Sappho, born around 615 B.C., is one of the most well-known bisexuals of ancient history. via Shutterstock

Mainstream history may not begin celebrating bisexual stories any time soon, but there are a growing number of resources available for those invested in learning more. BiNet USA has a great timeline of the last 40 years and The Bisexual Resource Center has a wealth of great information. Digging online reveals awesome historical work, like Cheltenham’s blog on the history of bisexual activists and HIV/AIDS work. Books on bisexuality like Bi Any Other Name, bi-inclusive history books like The Right Side Of History (reviewed on Autostraddle here), and books by bisexual writers like June Jordan’s triumphant Some Of Us Did Not Die are great resources for information and affirmation.

It’s a message that validates the bisexual struggle, one that is of course ongoing. Just this week, dozens of bi activists met at the white house to present policy priorities like improved healthcare, immigration policy and support for students. 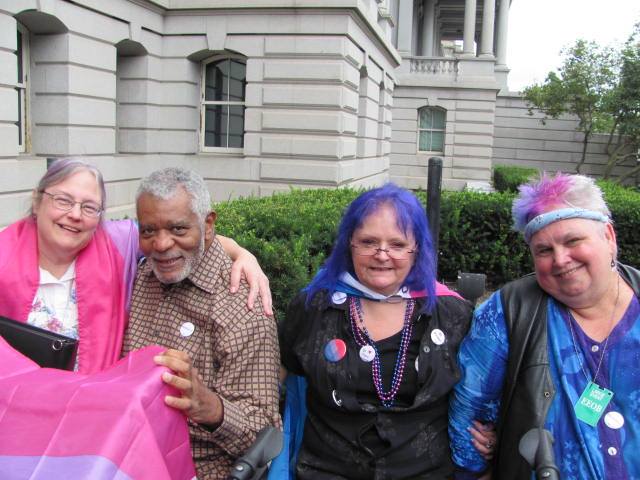 It’s important for bisexuals who can do so safely to be vocal about their experiences — that too is activism, said Jones-Hennin.

“If we don’t tell our own stories, others will try to tell them for us and not get them right,” he said. “We should be writing them down, videos, audios, art, telling our stories however we can.”

Sharing and truly listening to bisexual stories are necessary components of liberating a community that is often ostracized by both straight and gay worlds. Understanding the legacy of bisexual activism can be a critical tool to demanding respect and support to help bisexuals survive and thrive.

“Without bisexual history, there is no bisexual future,” Cheltenham said. “We keep reinventing the wheel, but there is actually a decent car already.”