Welcome to Weekenders, a new travel column where we talk about fun queer-friendly weekend trips for gal pals and girlfriends and everything in between! Weekenders isn’t about visiting big cities, it’s about that small town two hours from a big city or that city you didn’t know was a cool city. (With this exception, which is a big city, because it was a press trip!)

In April I had the delightful opportunity to leave Minneapolis, the charming and also ice-bound city where I live, to visit sunny, gorgeous Miami for the occasion of Miami Beach Pride. Along with a group of other LGBT media professionals — Journalists! Influencers! Editors! Roxy, deputy editor at Diva, which we love! — I got to explore Miami and Miami Beach’s incredible cityscape, culture, food, museums, beaches, and of course Pride.

Not to put too fine a point on it, but the EAST Miami might be the fanciest place I’ve ever been inside of. There were macarons waiting for me! The rooftop bar, Sugar, made me feel like a character on the OC, in a good way. The incredible views over Miami were a great way to get acquainted from above with a city I’d never been to before, and also were extremely beautiful! 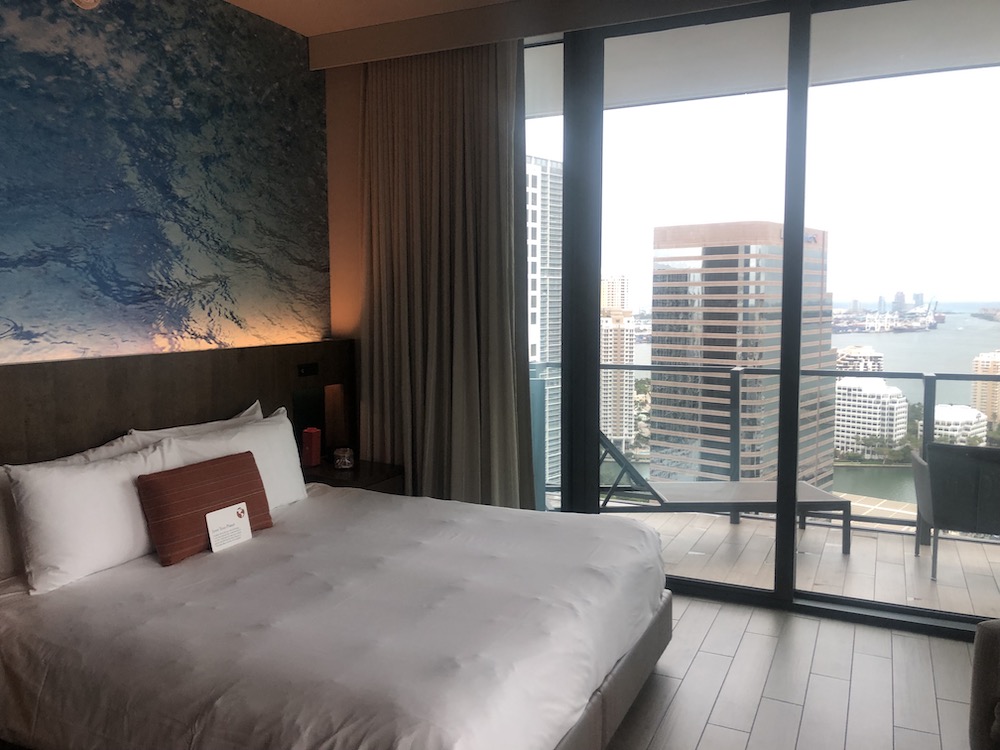 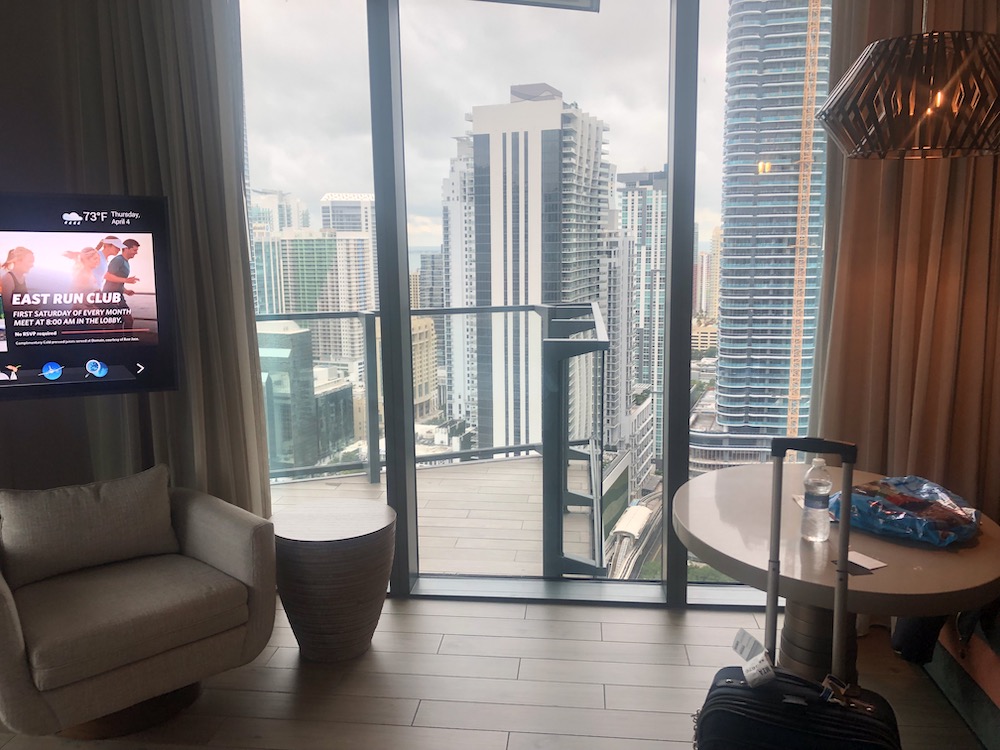 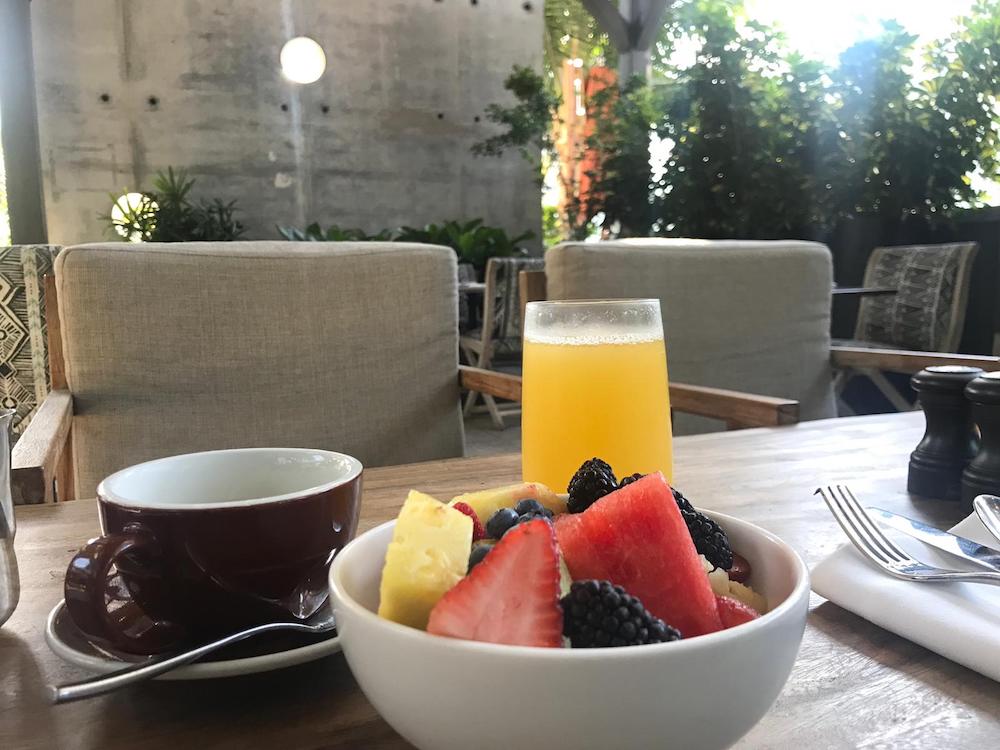 After a few days at EAST, we moved to the Surfcomber in Miami Beach, a cute little hotel that boasts Miami Beach as its backyard and also a killer pool to drink a bottle of rosé next to, or inside of if that’s your jam. I cannot believe I am even saying this but they host a free (!!!) happy hour between 4 and 5 in their lobby, in case all that relaxing poolside has worn you out and you need to replenish yourself with other, different wine and adorable tiny snacks. Also notable is that as I was leaving for the airport, I snagged (stole?) a copy of Normal People someone had left on the shelf in the hotel lobby, a book which would later emotionally gut me like a fish. Did the Surfcomber intend this as part of my hotel guest experience? I cannot say, but am very grateful for it. 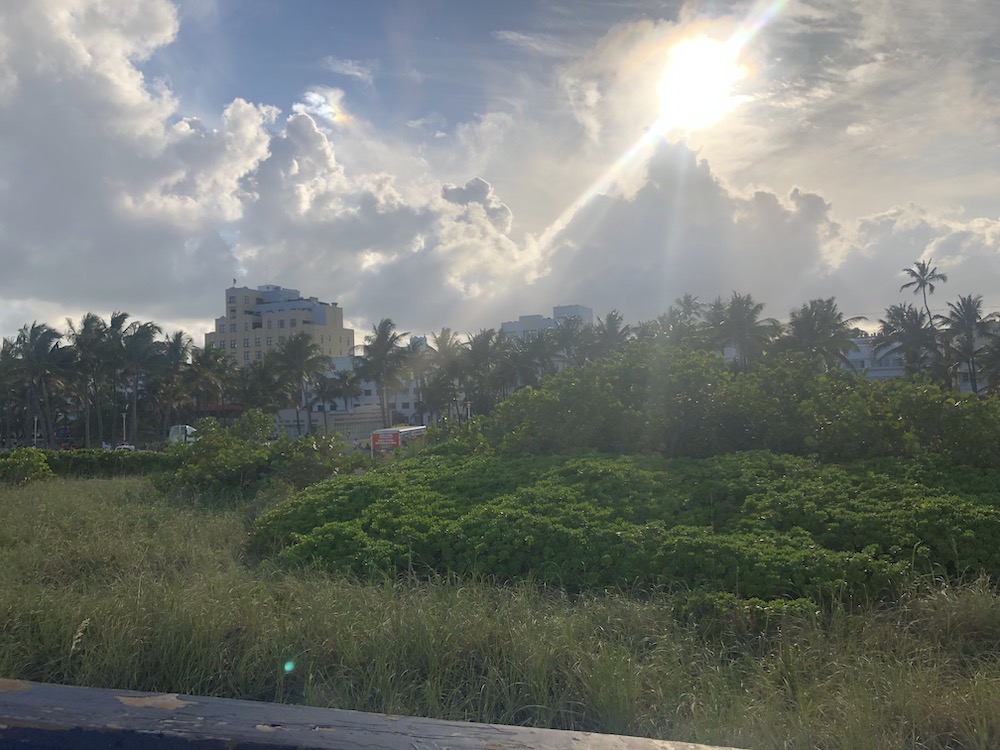 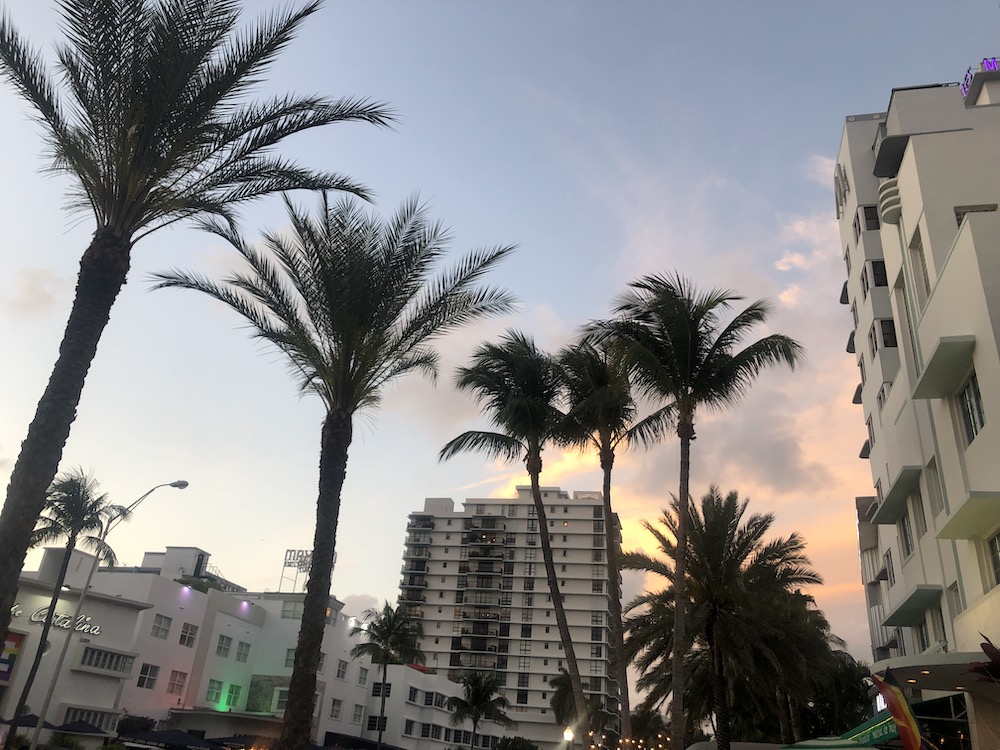 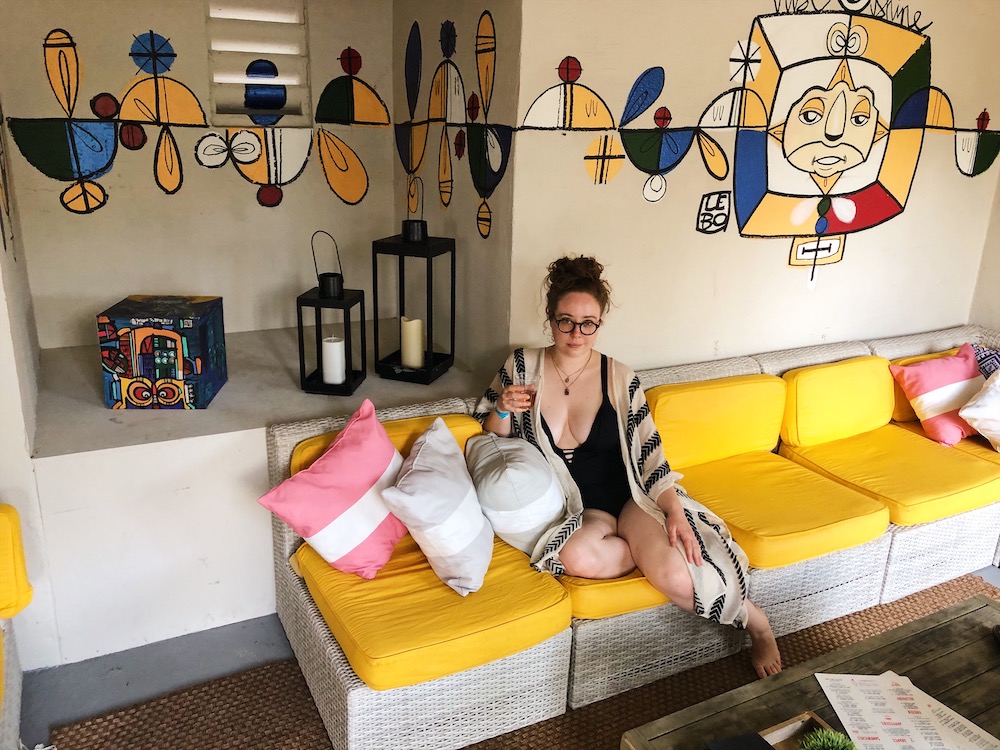 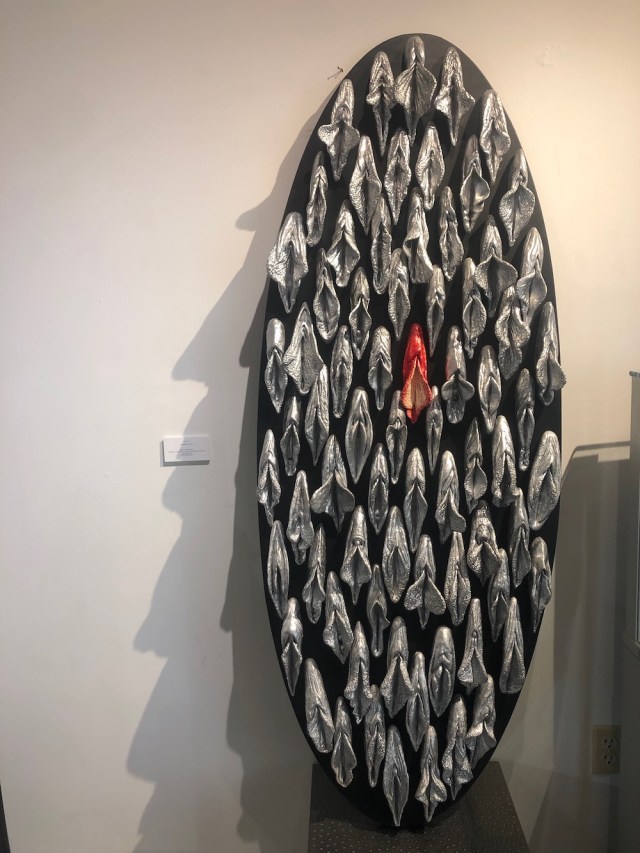 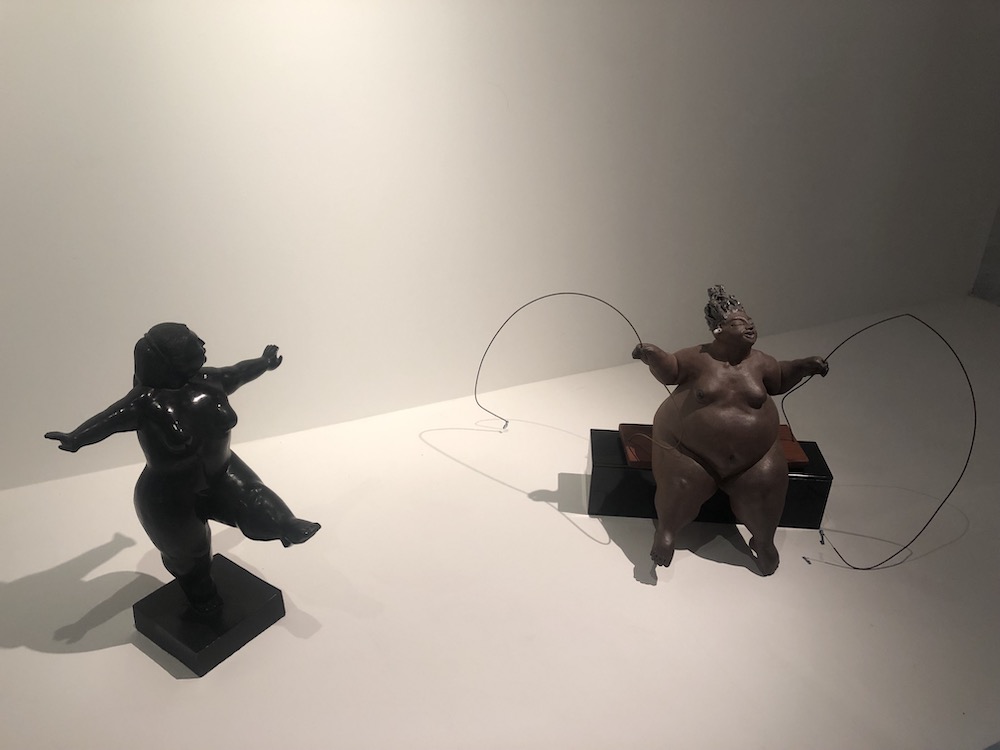 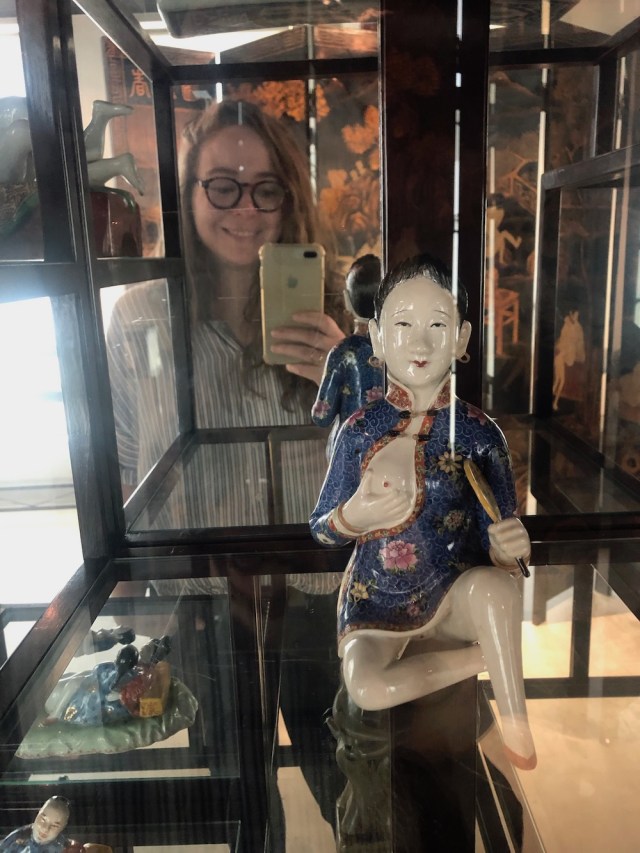 I was so excited that the Queer Miami exhibit coincided with our visit — our group was incredibly lucky to get a tour through it from Steve Rothaus of the Miami Herald, notably the first dedicated LGBT beat reporter in the US. He gave us an incredible perspective and depth of context about the gay history and present of Miami and the surrounding area, including its pivotal role as an early fulcrum of the HIV/AIDS crisis and the seat of Anita Bryant’s cultural war on our community. Selfishly, I was also fascinated to hear Steve talk about his personal history as a reporter, how he had worked with the Miami Herald to ensure that the gay community stories he reported on were treated as urgently and respectfully as any other kind of reporting, and how he worked to win the trust of the gay community during a harrowing and scary time. 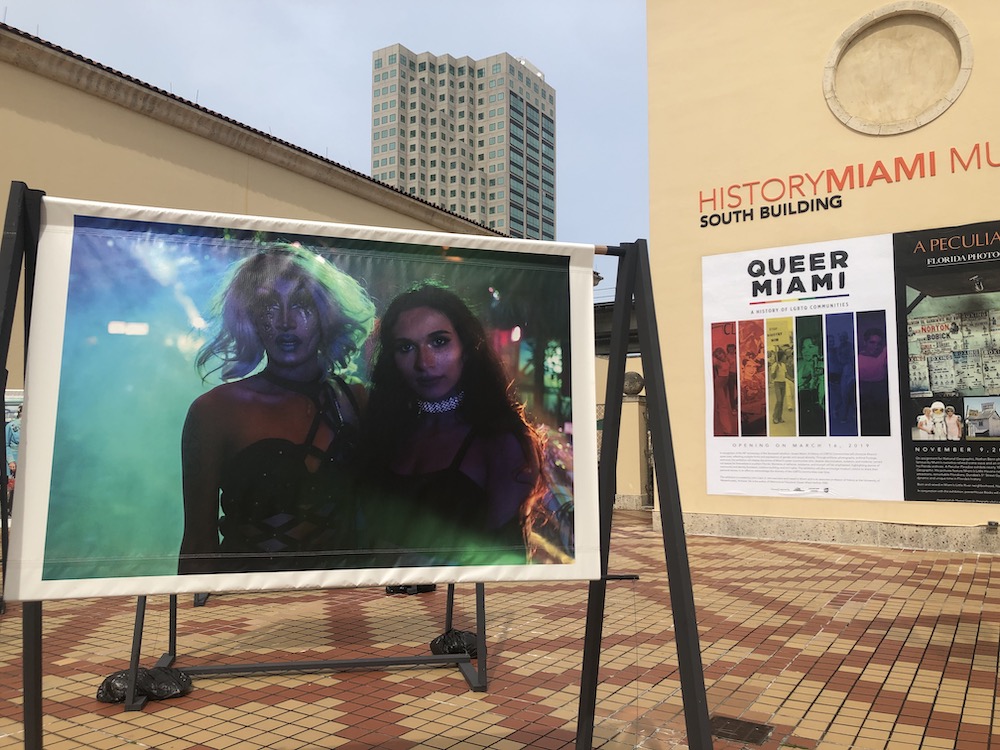 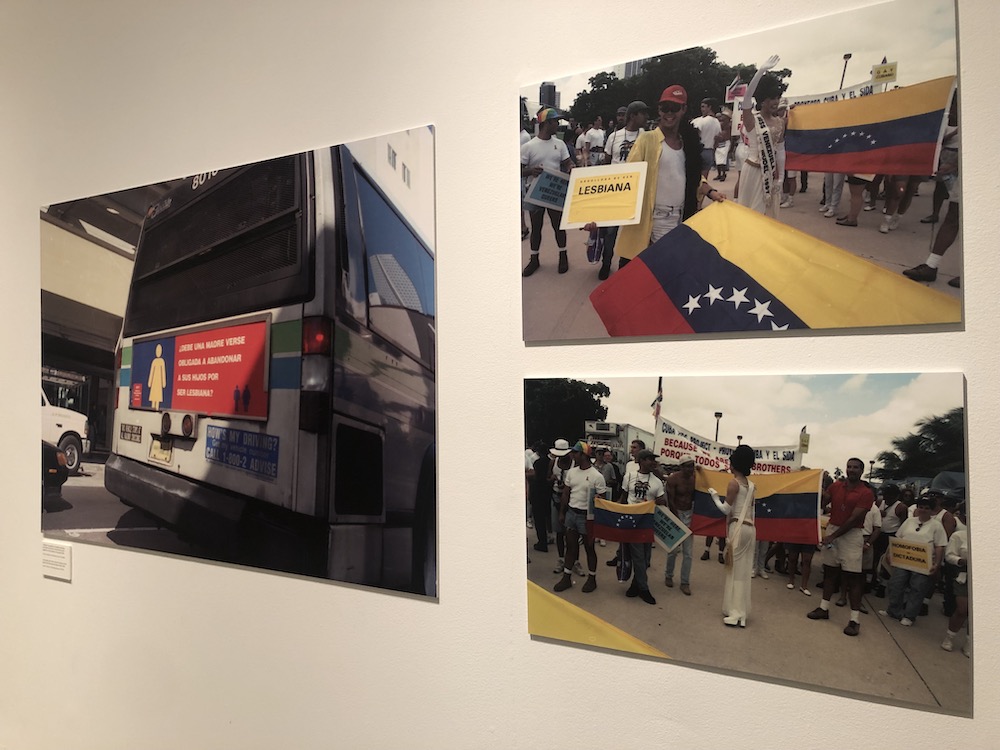 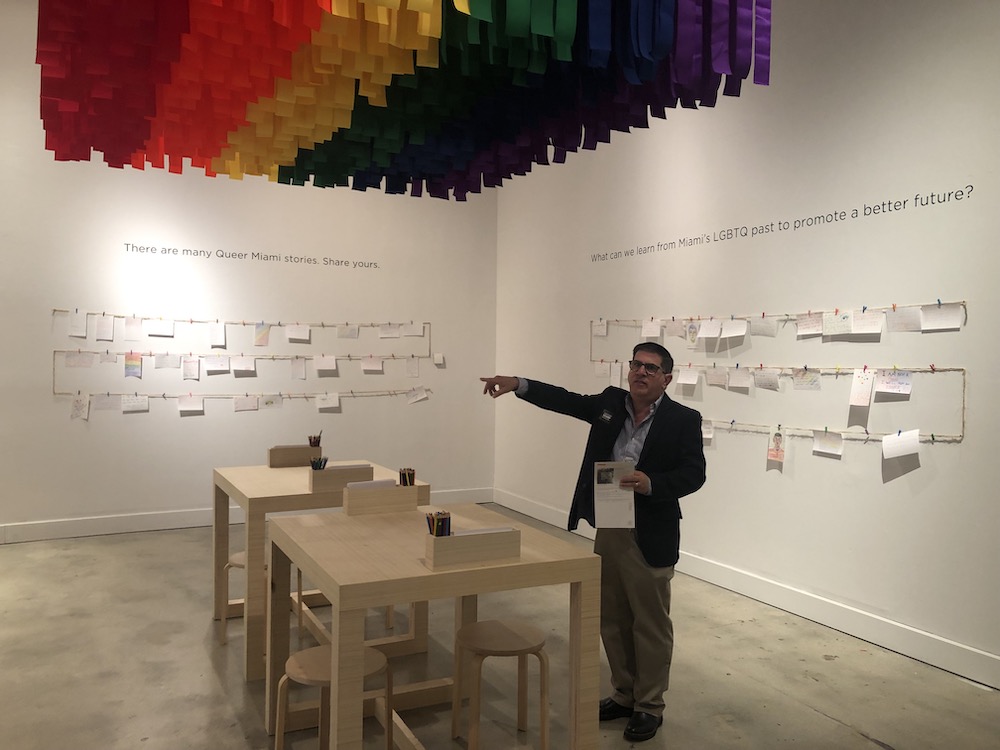 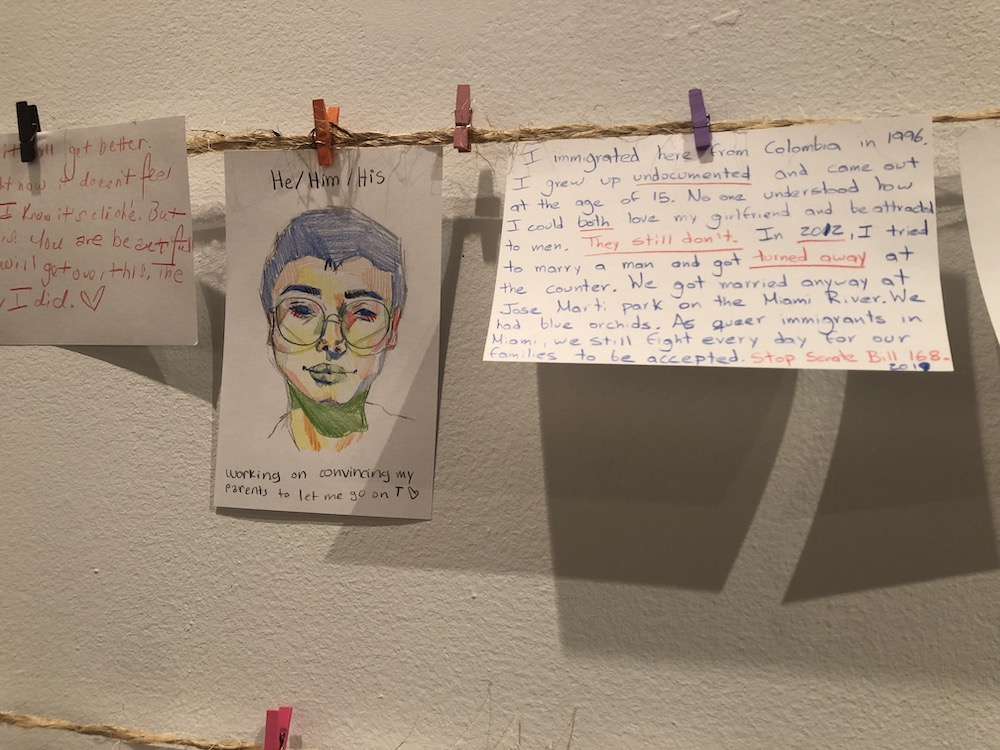 Artechouse is a little difficult to explain — is it a museum? Is it more like a theater? Is it an interactive Experience™? They describe themselves as “an innovative art gallery dedicated to showcasing experiential and technology-driven installations and performances.” This April, they were hosting an interactive installation from the French team Adrien M and Claire B, and it was indescribably cool to have the art follow you as you moved through the room, and watch digital representations float and twitch as you blew on them, walked through them, or touched them. Art! It happened to me. 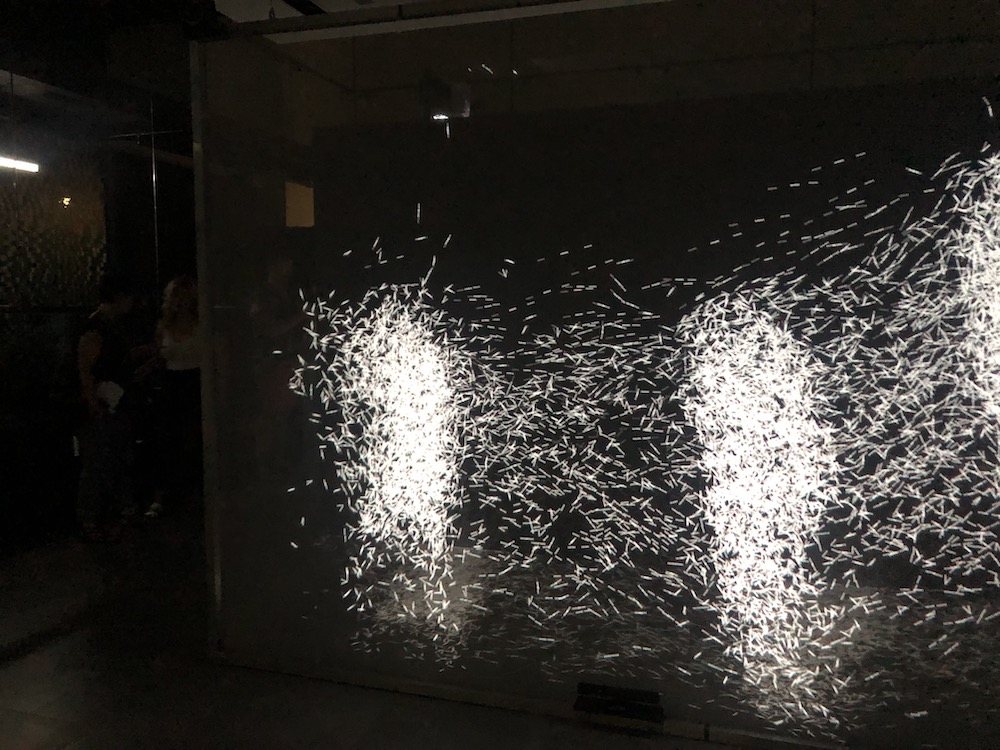 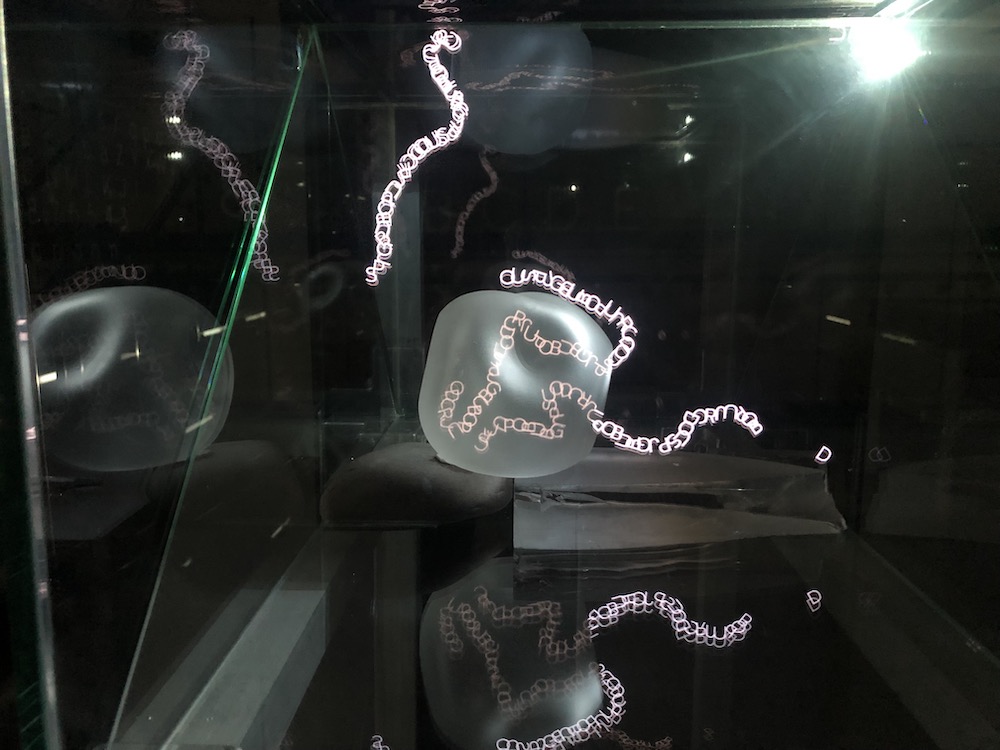 I went to the Pérez on my own, on the last day in Miami, and it was the perfect way to close out this trip. It’s beautiful inside and out, an incredibly soothing and uplifting space to be in, with warm wood and glass everywhere and little alcoves with benches and cushions tucked away in corners for when you’re tired from walking. The range of contemporary art in this museum by the water is incredible; I walked through a VR exhibit you interacted with by downloading an app onto your phone to get to this exhibit of Ebony G. Patterson’s …while the dew is still on the roses… 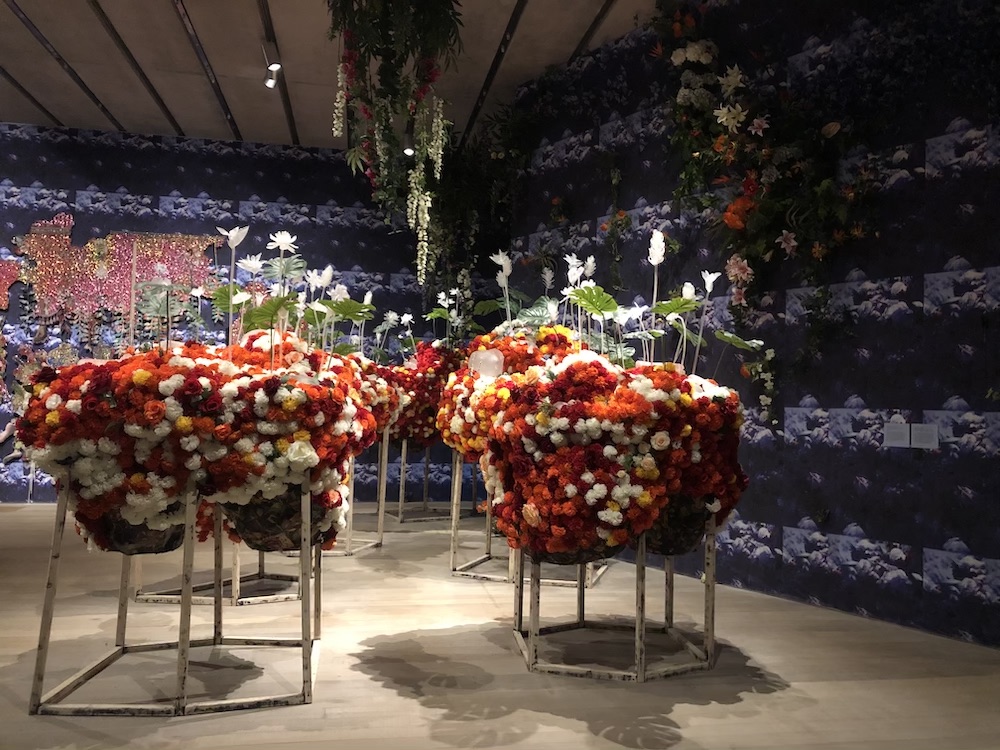 I only got to spend a few hours in Little Havana, which is a pity because the time we did spend there was some of my favorite of the whole trip. We stopped in at Los Pinarenos Fruteria, a landmark institution first opened in 1965 by Guillermina Hernandez and her husband Angel, to enjoy a fresh made watermelon and papaya. We then walked down the street for pastelitos with guava and cream cheese and tiny, super-sweet Cuban coffees before visiting Domino Park and learning more about the history of the neighborhood and its shifting future in a growing city with the ongoing threat of gentrification. 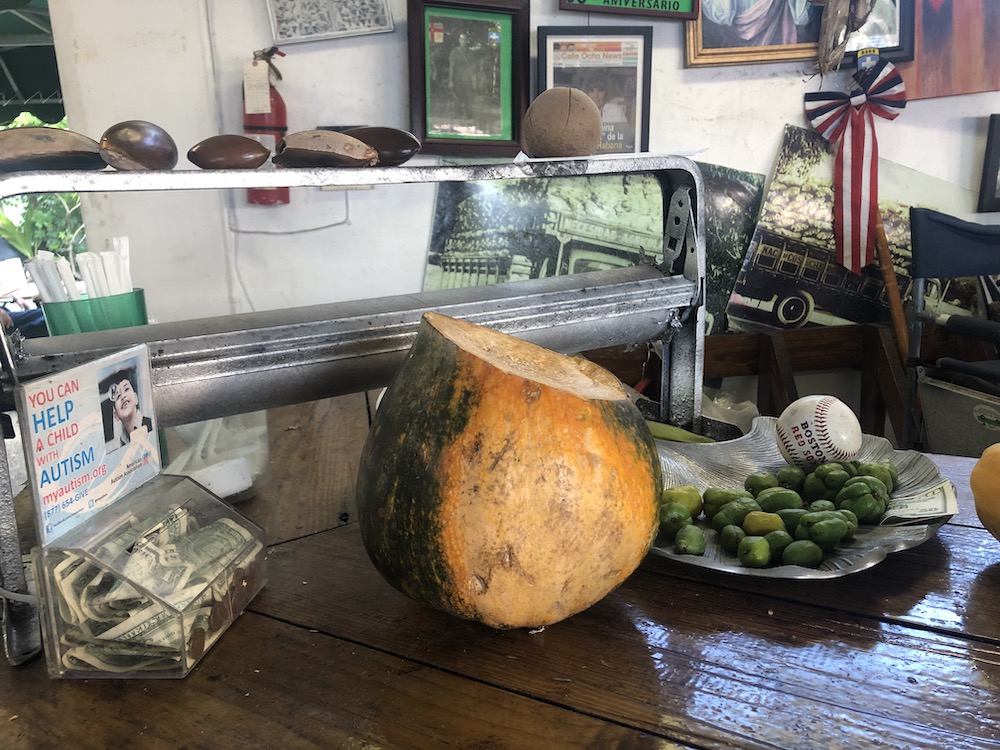 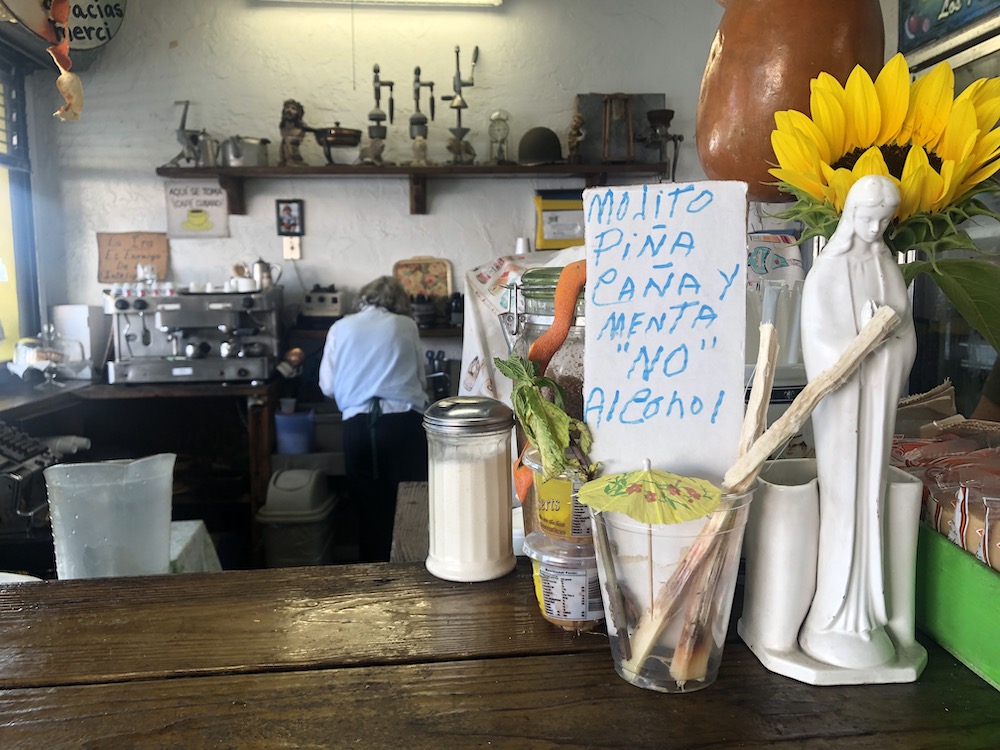 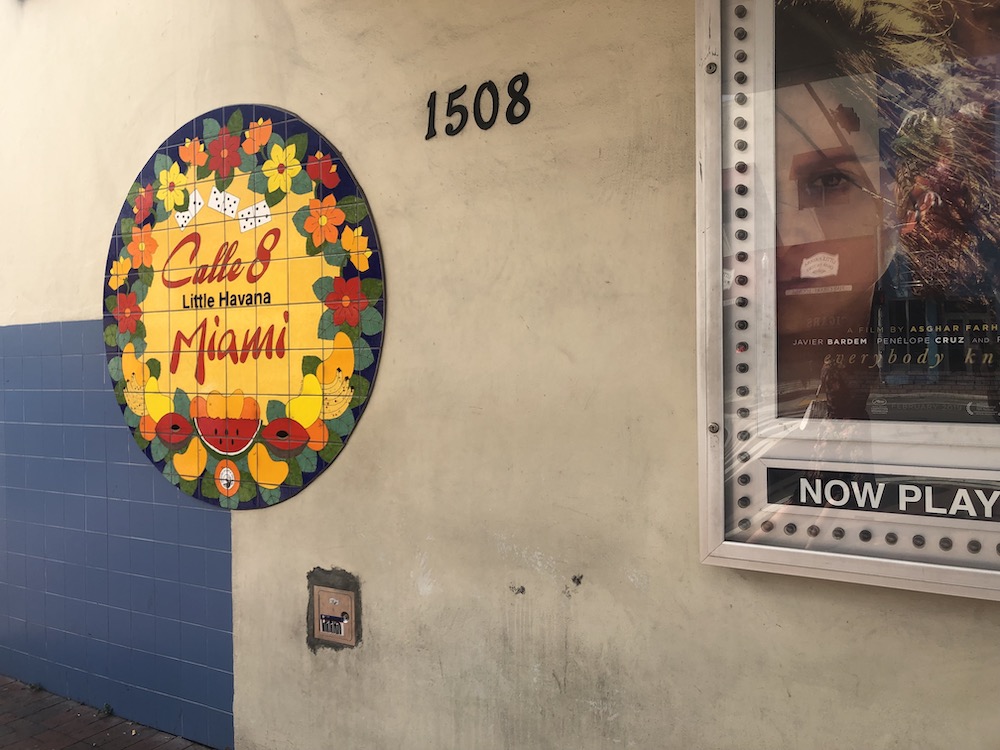 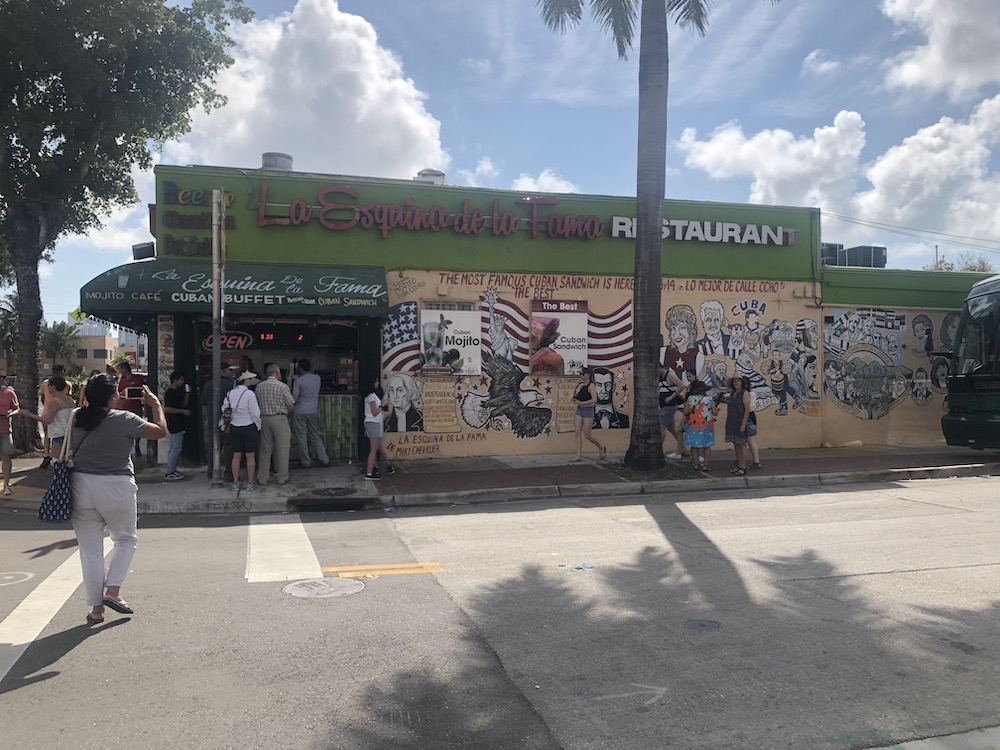 One thing to know about Miami is that it’s possible to eat virtually any meal of the day with an entertainment backdrop of fully choreographed drag performances, which is something I didn’t even know I might need in my life. We ate dinner at the Palace, where we were serenaded by a parade of drag queens and where one must dance through the crowd indoors to make it to the restroom. I will always hold in my heart the man across the street who came out onto his balcony to twerk to the music, giving us the gift of dance and asking for nothing in return.

Later on, we visited R House , a very cool venue near the Wynwood district that features original art on the walls and truly incredible drag queens who weave between tables doing splits, nbd, for brunch. The entire R House experience is a delirious one, in a great way — bowls of delicious brunch food and pitchers of drinks endlessly reappearing on your table as drag queens twirl and strut around you. Still thinking fondly of the party of maybe 20 people celebrating a birthday next to us; their joy was genuinely infectious and I wish them nothing but happiness in life. 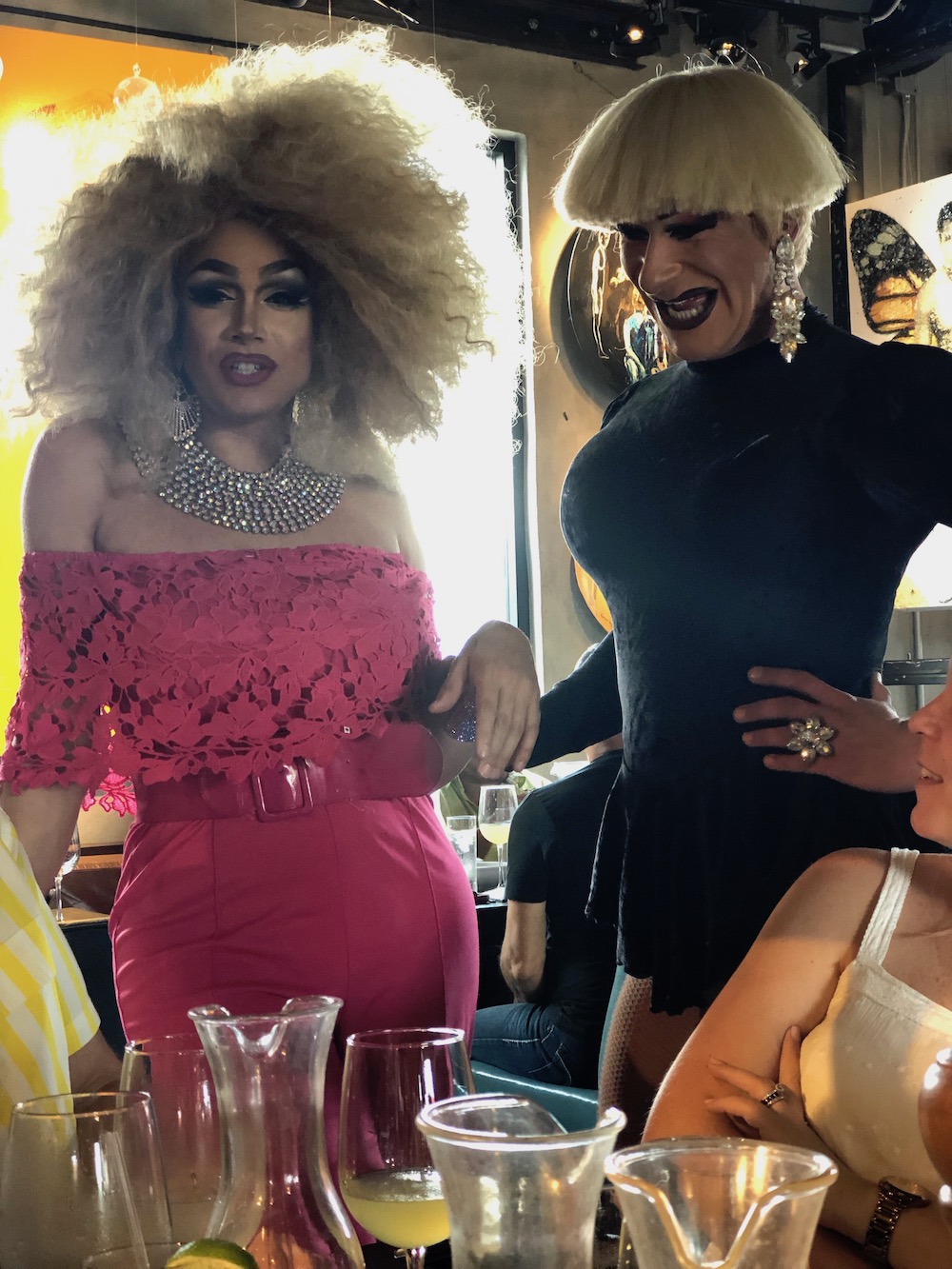 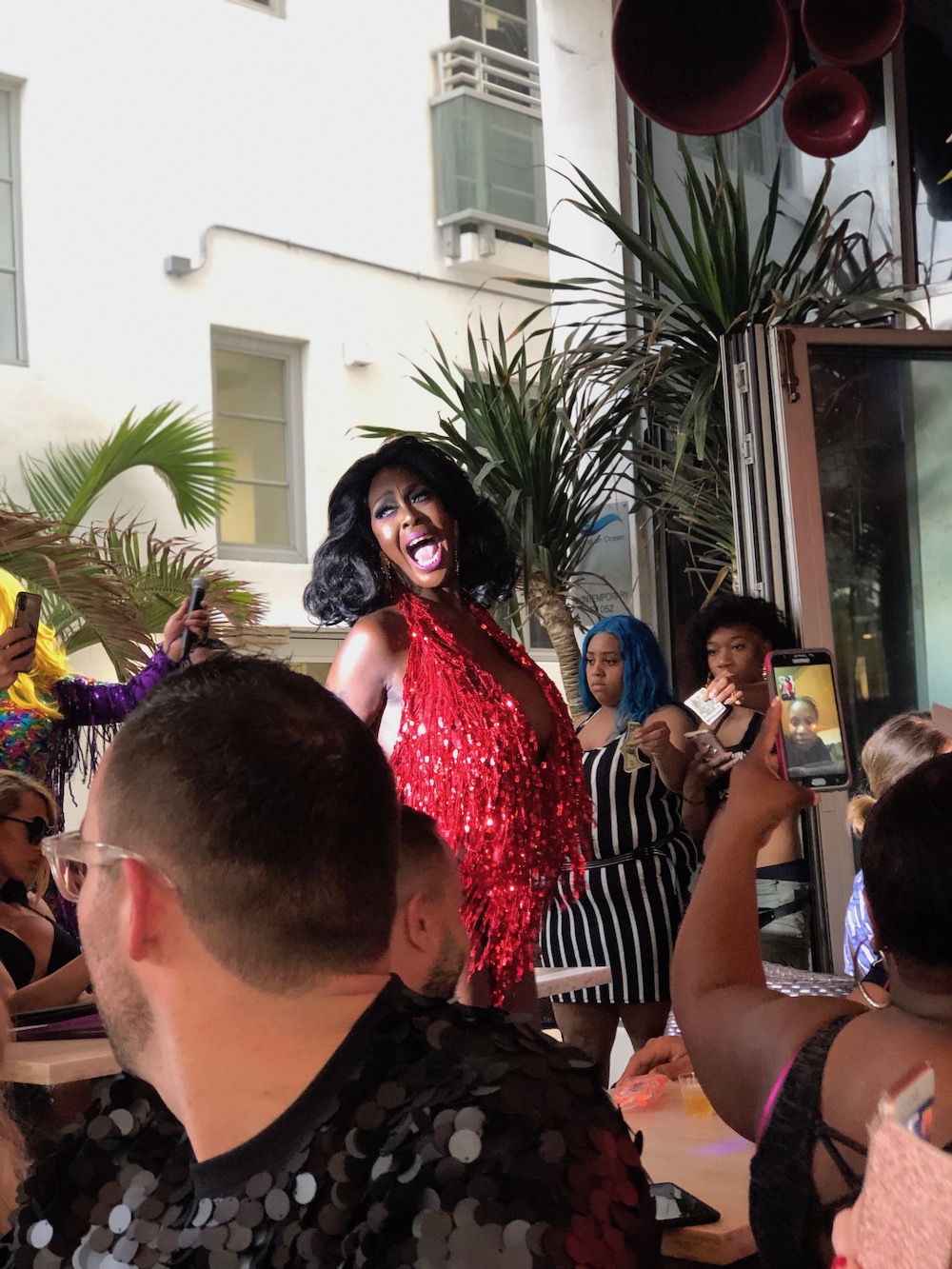 After brunch at R House, still feeling pleasantly mojito-ed, we were lucky enough to take a tour of Wynwood, technically a business district but more well known for the “outdoor museum” that is the Wynwood Walls. On a speedy little golf cart tour with Pedro AMOS, a Miami native and graffiti artist, we got to see the incredible range of styles and approaches to public art in the area — as well as learn about the fascinating details of who gets what space to work on, how territory is negotiated or shared, and the politics of creating public “outsider” art. 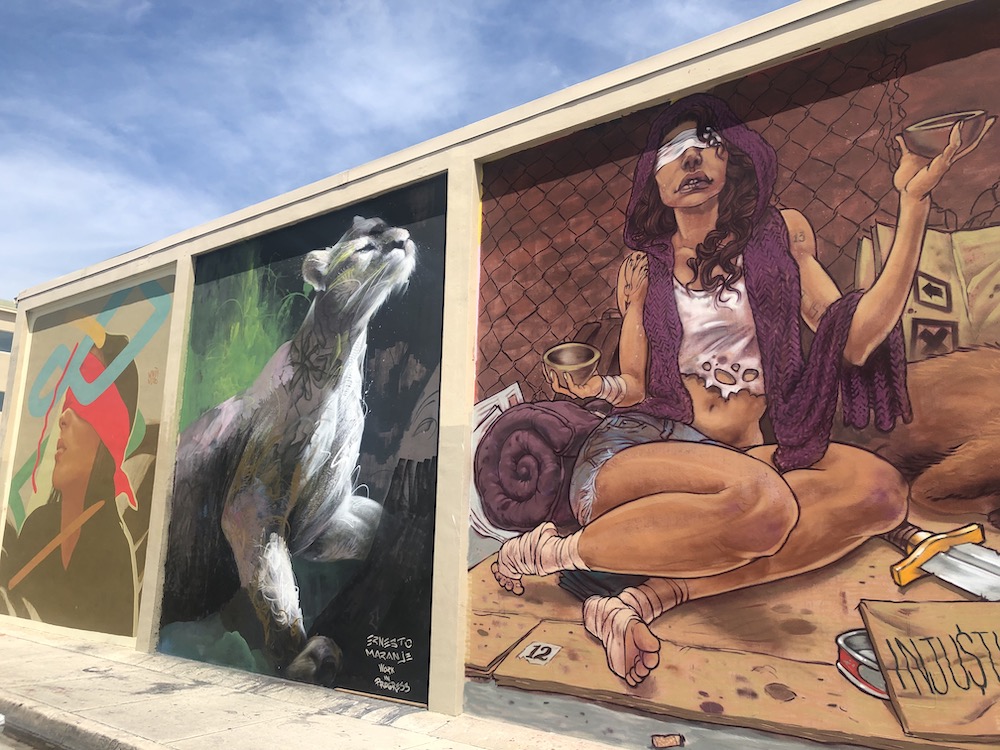 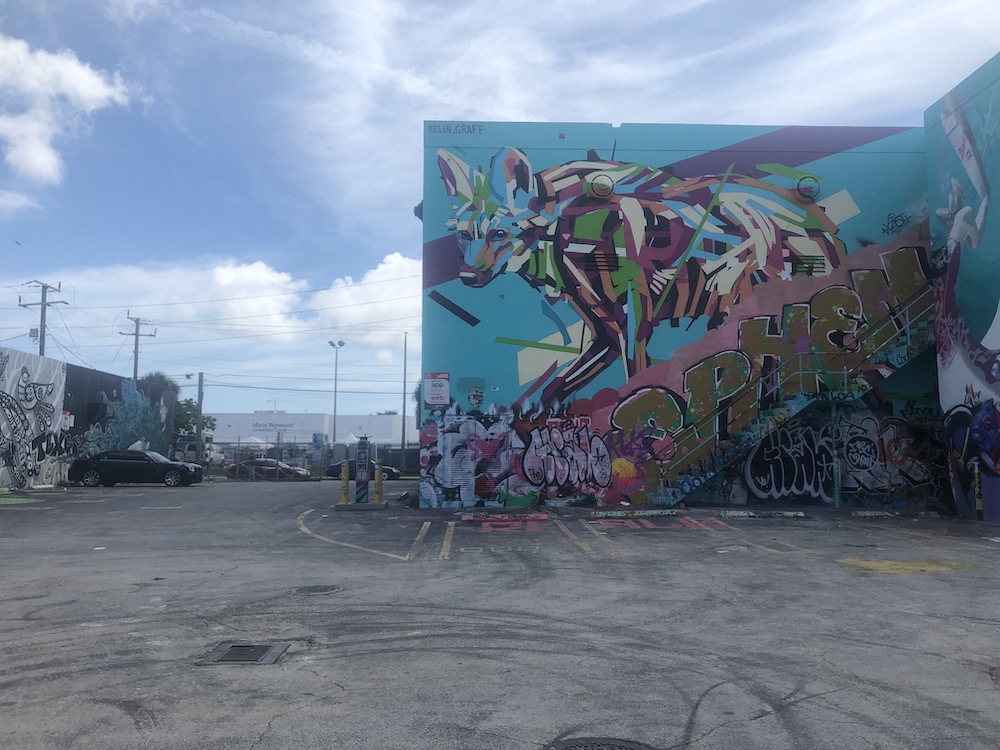 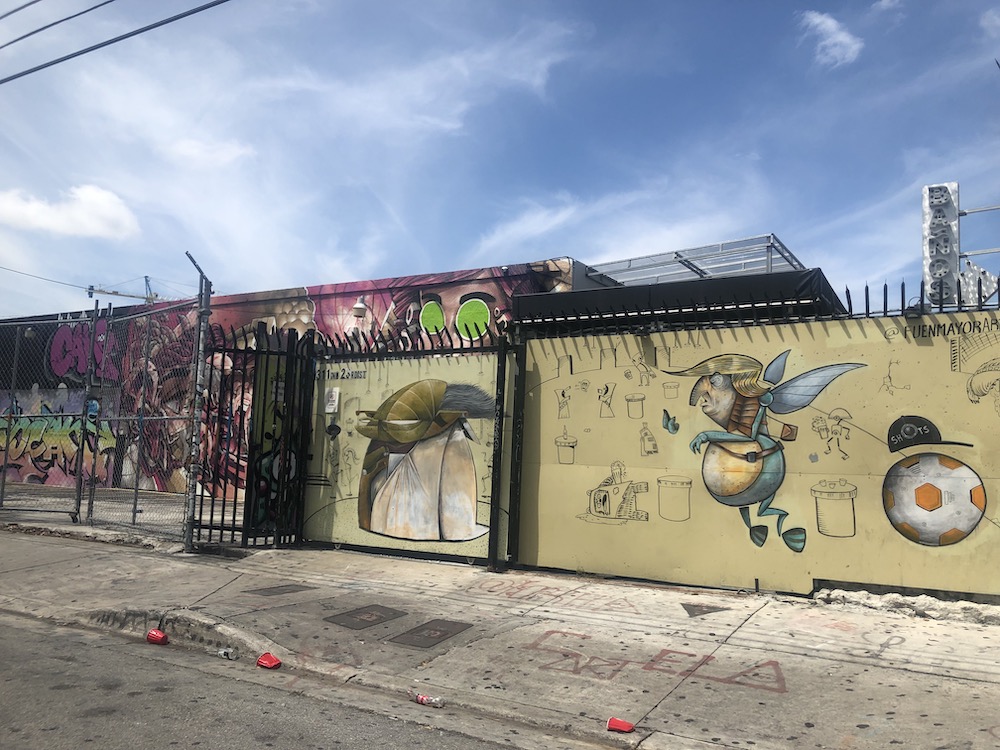 Of course, the reason we were in Miami Beach: Miami Beach Pride! This was the first time in my life I had seen Pride on a literal, actual beach, and it was a beautiful and surreal experience. We ate arepas underneath the ferris wheel installed on the beach for the occasion and waited for the parade, marshaled this year by Dennis and Judy Shepard, the parents of Matthew Shepard. Also casually participating in this year’s parade was Gloria Estefan’s daughter Emily Estefan with her girlfriend Gemeny Hernández! 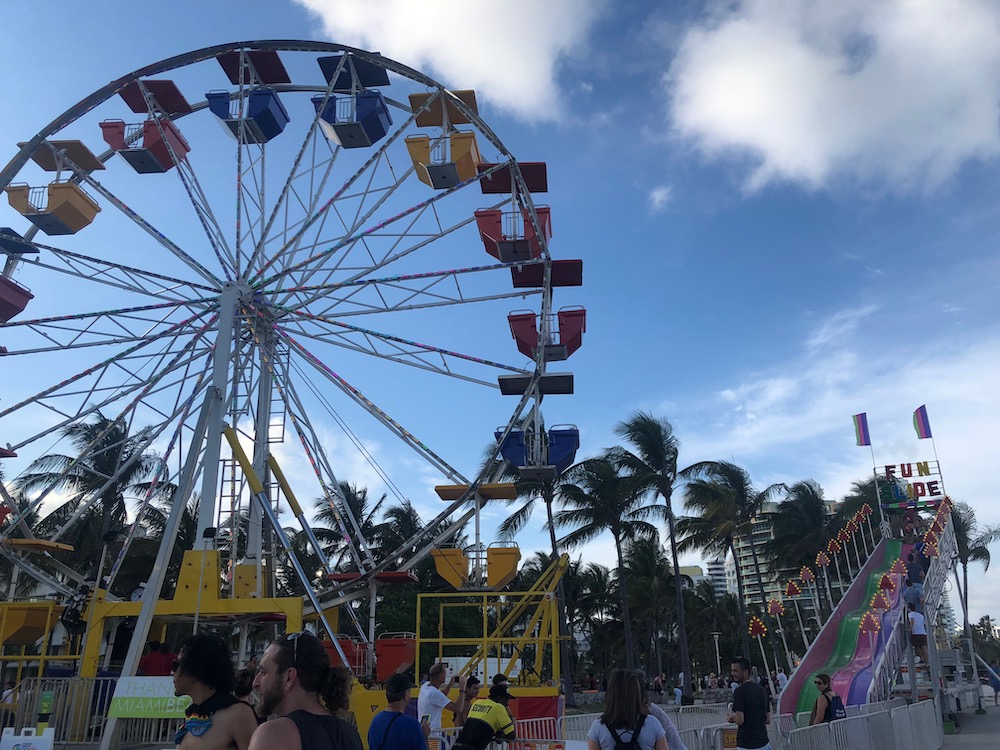 That evening, we headed back to the beach for a party and concert lineup featuring Icona Pop and also a space theme, which I do not understand the reasoning behind but obviously loved! I have never had a frozen mojito before, but I cannot recommend the milieu of Miami Beach Pride at midnight surrounded by some charming young men in chest harnesses enough as the place to try your first one. 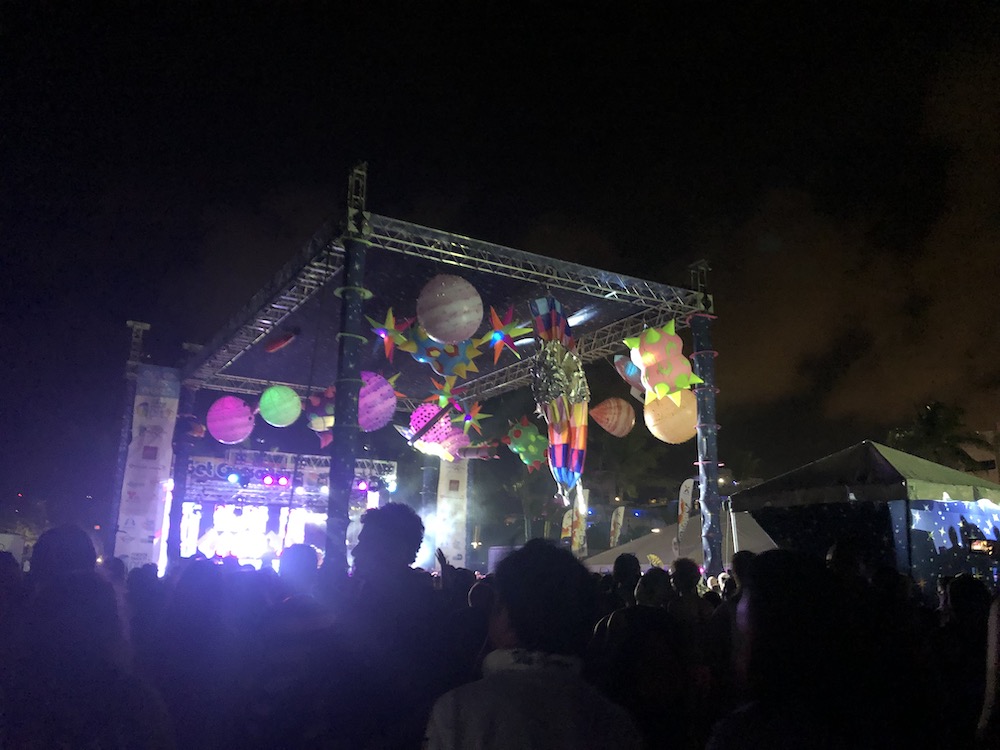 before: gays in space 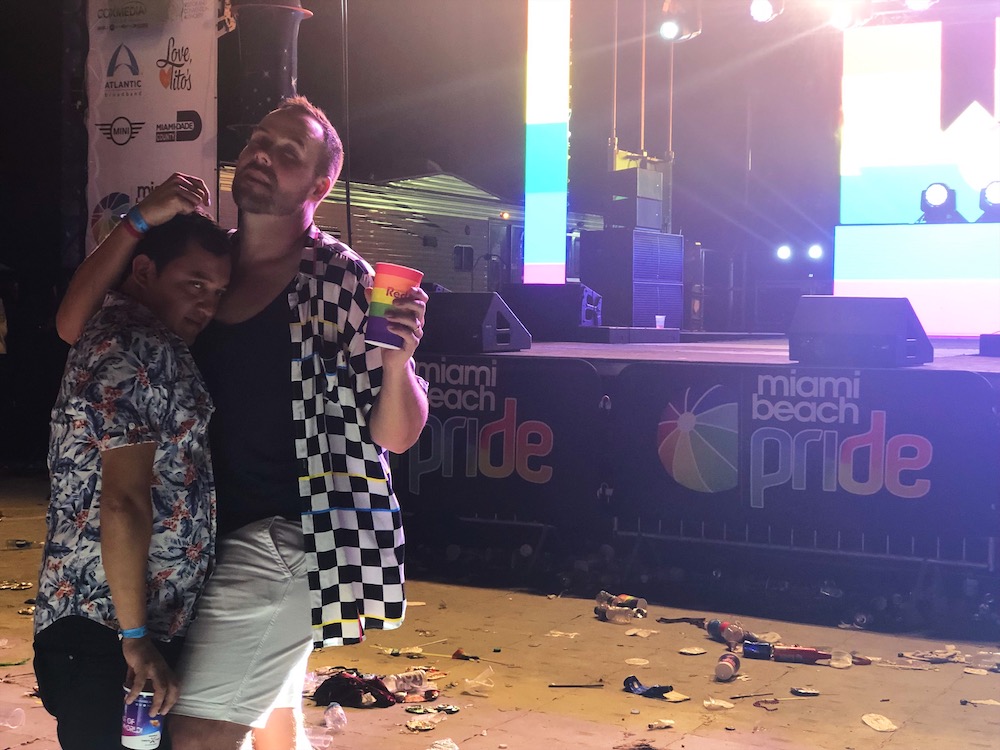 I spent five days in Miami and Miami Beach, and it was not nearly enough! Please tell me about everything I missed so I can make sure to see it when I go back!