Vibrators were invented to treat “hysteria,” a condition that could consist of emotional extremes, dizziness, paralysis, respiratory problems and “the commonly reported sensation of a ball in the throat,” according to Andrew Scull in Hysteria: The Disturbing History. Had a symptom no one could classify? Just sort of bitchy today? Hysteria! As Rachel Maines writes in The Technology of Orgasm, “This purported disease and its sister ailments displayed a symptomatology consistent with the normal functioning of female sexuality, for which relief, not surprisingly, was obtained through orgasm.” Maines argues that Western physicians from the first century up until the 1920s often included massaging female patients to orgasm in standard medical practice, as a result of a culture that damned female masturbation and centred sexuality around men. Vibrators were a great way for physicians to be more efficient.

In the early 20th century, vibrators started to appear in classy household publications, like the Ladies’ Home Journal, Home Needlework Journal and Modern Woman, advertised in vague terms as health, beauty and relaxation devices. Vibrators weren’t openly marketed as sex toys until the late 60s and 70s, and even now are sometimes still sold as massagers or under other euphemisms. For a good time, see what your sex toy user manual calls your sex toy — one toy in my drawer is a “pleasure accessory,” while another is a “stimulation device” with a “treatment head.” Hitachi, the company behind what is arguably one of the most iconic vibrators ever, has refused to ever talk about the Magic Wand, which now more closely resembles a sex toy, though one on which the word “Hitatchi” is nowhere in sight. In an ad just a few years ago, Fun Factory marketed a vibrator under the heading, “Lifeless skin? Renew it.” The tone is knowing rather than innocent or medical, but the history is long.

1. “The most marvellous instrument yet invented.” 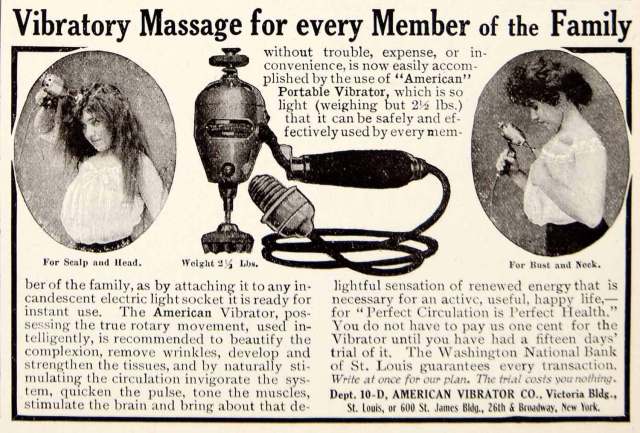 3. “Retain the glow of health and beauty.”

4. “Give your system the proper stimulation.” 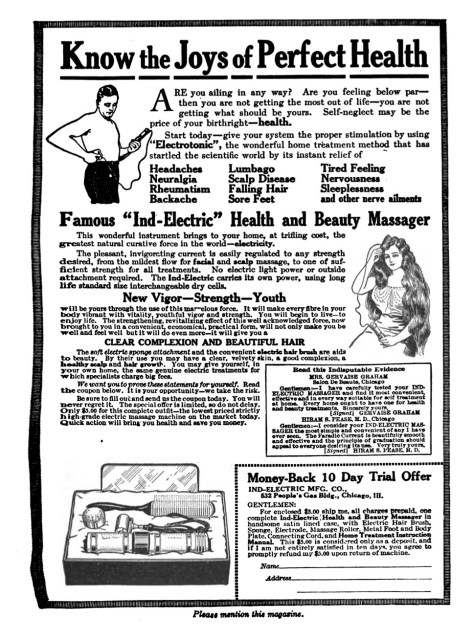 5. “Aids that every woman appreciates.” 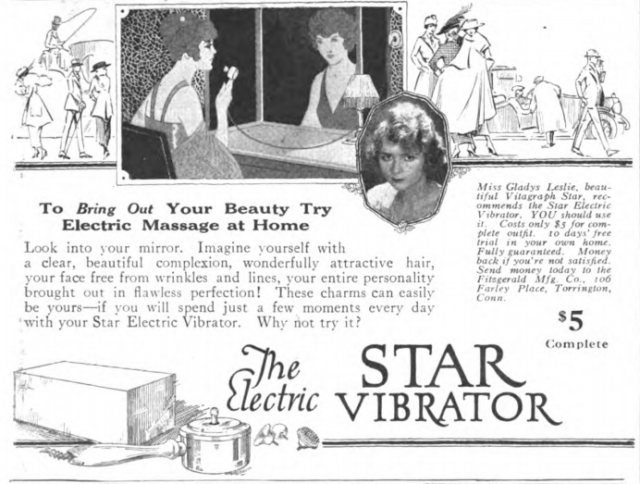 7. “Have you tried electric massage at home?” 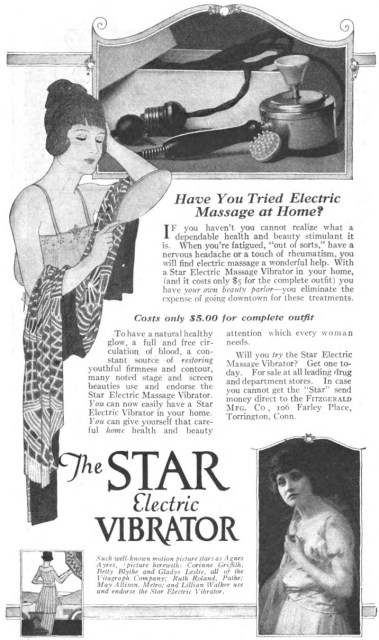 8. “A tingling, cheerful glow that invigorates and refreshes.” 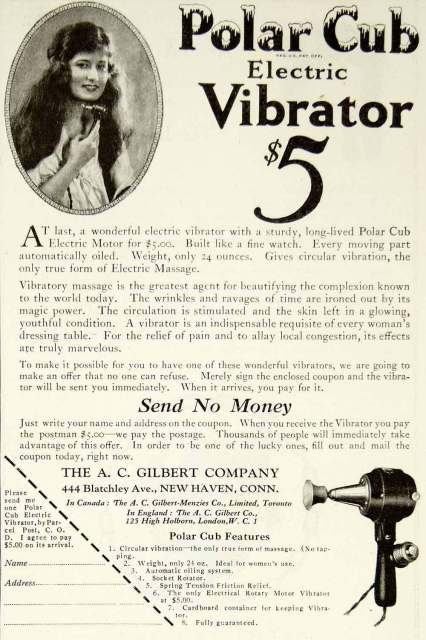 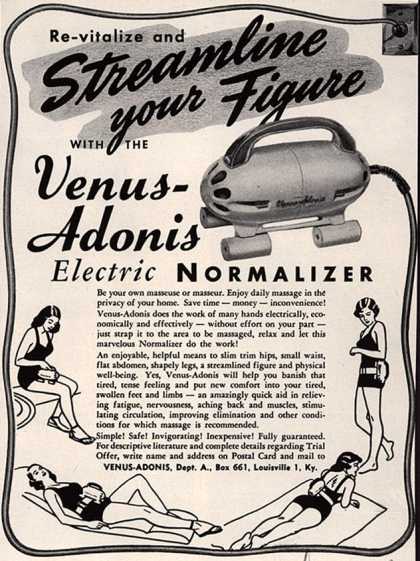