For a very long time, the immediate reaction to someone suggesting that gayness or queerness can simply be prayed away was to explain that this is not possible, and actually a pretty harmful perspective on LGBTQ people.

But the latest music video from Alex Blue, known to at least 1 million people on YouTube as the effervescent singer and songwriter Alex G, poses a simple question in response to the idea that prayer changes sexuality: Why would I want to pray away something that makes me whole and awesome?

Alex came out as bisexual in 2017, on National Coming Out Day in October. As a social media star known for her authenticity, the decision to come out weighed heavily in the months before doing so. 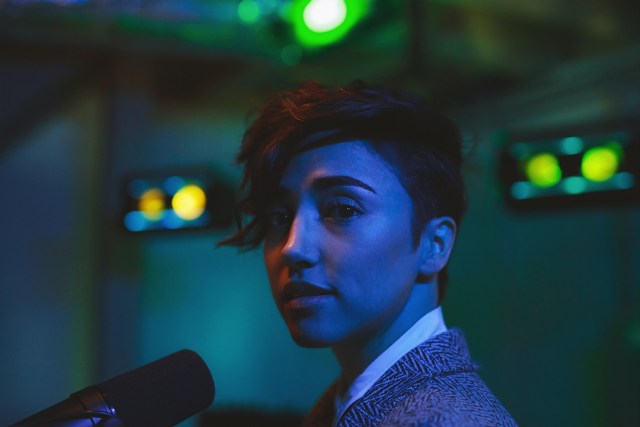 It wasn’t so much the fan reaction that bogged her down, though it was a consideration. Rather, Alex found herself in a conversation with the God she knew growing up in a conservative, Evangelical home, one she was taught would be very angry at her for existing as she does.

“This song for me was the first time that I kind of put down on paper this struggle of trying to reconcile what I have known about myself since I was 13 with the religion that I grew up with,” Alex said in an interview with Autostraddle. “It’s a conversation with a God that I grew up to be scared of and it marks the beginning point of me starting to have a conversation with myself about my own salvation.”

The beginning of the music video for the song includes lines from the letters she wrote to her parents about coming out, and about falling in love with and wanting to marry her wife, Torri Blue. 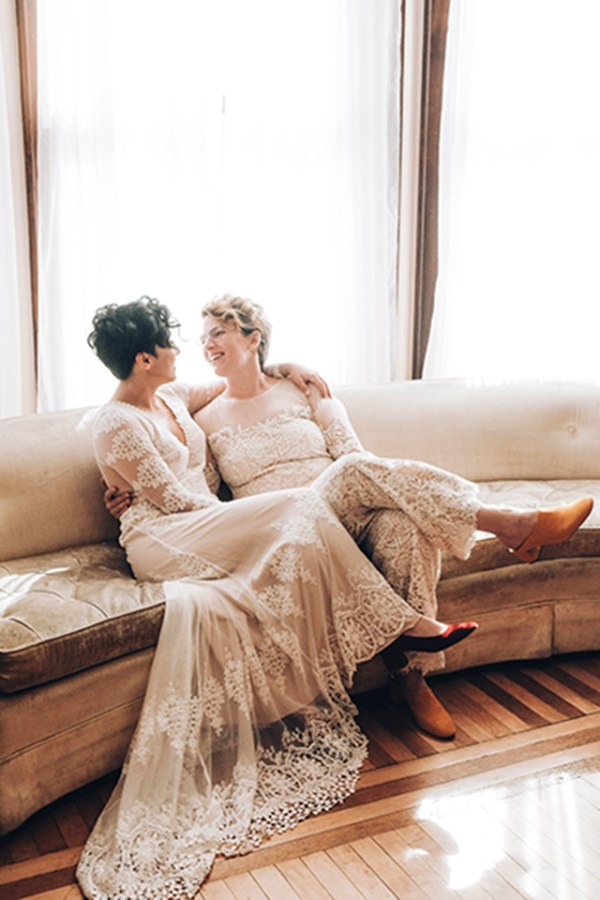 Alex and Torri Blue on their wedding day. Courtesy photo.

Alex, 26, and Torri, 29, were married on Oct. 11 of this year, 365 days after she came out. Her parents were not at the wedding, and they’re not in contact. Alex hopes the words at the beginning of the video, along with the images of her from childhood videos and as she grew up, can be a message that being queer didn’t stop her from being her.

“The video itself, it’s sort of a message to my parents but it’s also a message to just anyone who just doesn’t get that queer people are the same human beings they were before [they came out],” Alex said. “It’s the same me but can you see how much more free I am, and shouldn’t you be happy about that?”

It wasn’t an easy process getting to this point herself, Alex said. Growing up with a strict idea about what is and isn’t allowed in a human being made her budding sexuality seem wrong and confusing.

“Because I’m bisexual, I just thought I was extra overly sexual and that was even worse,” Alex said. “I didn’t have words for it so I just shut up about it.”

Now a musician who has released several EPs and hopes to create a full album next year, Alex is also moving away from being known as Alex G – a name an ex in the music industry made for her because he couldn’t pronounce her last name, which was Gronlund at the time – and shifting to her new identity as Alex Blue.

Her latest video reflects this evolution, as it begins with images from childhood home videos and moves into Alex’s foray into YouTube and social media celebrity, complete with long hair, makeup, and other femme accoutrements. That was part of her journey, Alex said, but she’s cut her hair short and is trying different styles to see what fits the best.

Toward the end, the audience gets to see actual footage from Alex and Torri’s wedding.

If a new album would be “an introduction to the new me,” Alex said, her latest video is an excellent primer, an intimate view of an extremely personal conversation about how to find peace with yourself.

“Honestly, it’s for younger me who really needed to know that you could be queer and loved by God at the same time,” Alex said. “It’s important to let people know they’re not alone in this process, and it doesn’t have to go against their belief system. It’s important that people can see you can come out the other side of that a whole, free individual.”