Be prepared for the best thing to grace your computer screens today: Shh…Diam!‘s latest music video, “Julie Don’t Listen to Them,” contains all the queers in blazers, “happy hard core” and awkward glances you’ll need for the week.

The band started accidentally in 2009, when vocalist and lead guitarist Farah lied about having a band to get a gig. Since then they’ve been joined by Yon (guitar, vocals), Jellene (drums) and Yoyo (bass) to get the wonderfully quirky mix of jazz, metal and punk that makes up the staple of Malaysia’s queer music scene you see before today. Diam! means “quiet!” in Malay, though Farah says you probably shouldn’t put too much stock into it. 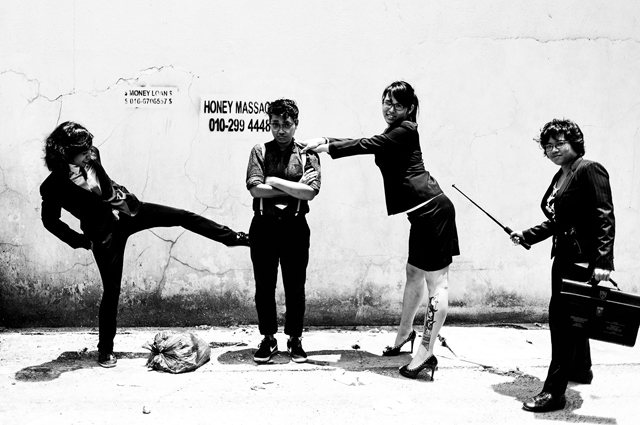