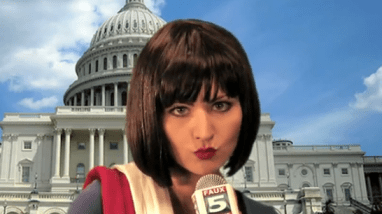 “Haviland & The SuperPac Men” are a dedicated group of video artists who have married the artistry of Rick James’ “Super Freak” to the pressing issue of Super Political Action Committees and, from that union, have birthed a baby who grew up to make this video.

You will be treated to a video that not only includes Haviland Stillwell but also, at some point, a dancing Design Director and Ashley Reed, but also the heads of the supreme court justices who voted for Citizens v United.

The SuperPac Men, Adam Croce and Kevin Glikmann have said: “The supreme court’s ruling amplifies the money of the 1% so much that the 99% are left with no voice. And as we sing in the song, ‘it’s not alright with me.'”

Talks of a “United States Constitutional Convention Amendment Tour” are in the works.

The makers of this video encourage you to support the cause by visiting the following sites:

The team would like this video to be on The Colbert Show, so please let him know.

The team thanks their super fly dancers Alexandra Vega and Margaret M. Spirito, the news reporter Ashley Reed, the crew of Frank Guttler and Alex Seymour and to Sara Croce for her mad editing skills.