While it’s exciting to hear that Bill Clinton is raving to the media about his vegan journey, I’m even more excited to live in a world where there is a conference devoted entirely to vegan bloggers. This year marked the first year for Vida Vegan Con on August 26th-28th at Portland State University in Downtown Portland, Oregon. Its goal was “uniting vegan bloggers from across the world” with a host of speakers, discussion panels and lots of vegan food including the divine vegan cupcakes pictured below. 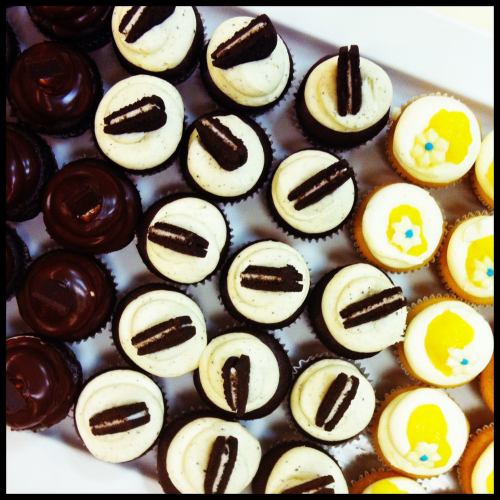 I freaking love Portland.  I’d argue Portland coffee shops can make a soy latte better than anywhere else I’ve ever been.  Also, the city has inspired Carrie Brownstein to create a great sketch comedy show, as you know, so high fives all around on that one.

I learned about the conference through the most recent Our Hen House podcast where animal rights activist Jasmin Singer, who was also a speaker and moderator at the conference, interviewed one of the conference organizers Jess Scone.

Just take a look at these lovely organizers Jess Scone, Janessa Philemon-Kerp and Michele Truty, would ya! 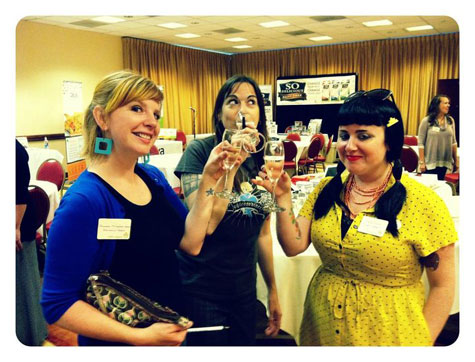 There was a waiting list for attendees to this conference due to so much interest so here’s hoping I can make it to the next conference!