The annual E3 conference, announcing news and debuting game footage and trailers from new and upcoming video games, is currently going on and a lot of the news so far has been great. We have some great steps forward in the representation of both women and queer people (and queer women). One of the bigger games that was highlighted was the next installment in the super popular Assassin’s Creed series, called Assassin’s Creed Unity, coming out in October. Unlike many other companies, who seem to be accepting the call to make their games more diverse, Assassin’s Creed is digging its heels in and holding on to its white male protagonist.

This new installment features multiplayer gameplay for the first time in the game’s series. Up to four players can go around and assassinate people together, playing as, presumably, different characters. The problem is, instead of having different choices of which assassins people want to play as, having a variety of people of color and women for example, players can only choose to play as slightly different versions of the game’s protagonist, a white man named Arno. 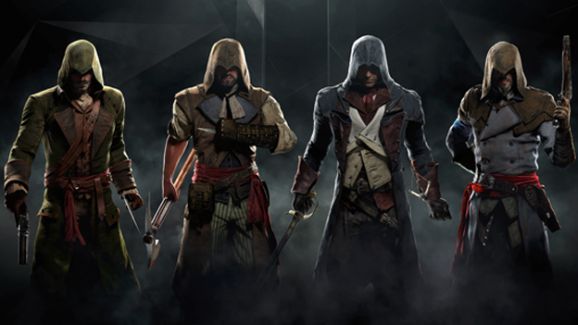 Look at all the diverse options you have! via techradar

Ubisoft keeps insisting that it just would have been too hard to animate a woman character. When asked why there weren’t any playable women assassins, their answer was that women are hard to animate and that “more than 8,000 animations would have had to be recreated on a different skeleton.” According to Ubisoft creative director Alex Amancio, it’s just not worth it to do some extra work in order to have a female character.

It’s double the animations, it’s double the voices, all that stuff and double the visual assets. Especially because we have customizable assassins. It was really a lot of extra production work. Because of that, the common denominator was Arno [the white, male protagonist]. It’s not like we could cut our main character, so the only logical option, the only option we had, was to cut the female avatar.

So that makes sense; they had to have the main character have different outfits, and it just goes without saying that the main character couldn’t be a woman. Just imagine how difficult it would have been to animate an entire game with a female lead! This excuse is even more bizarre because this series actually has had a female protagonist before, so they know what to do and have something to build off of. The 2012 game Assassin’s Creed III: Liberation features the protagonist Aveline de Grandpré, who was not only a woman, but also a woman of color.

Not only do they already have experience animating women, but a former designer for the game series is calling them out online saying that they’re greatly exaggerating how much time it would have taken to add a female assassin. Jonathan Cooper tweeted out that in his “educated opinion, I would estimate this to be a day or two’s work. Not a replacement of 8000 animations.” He went on to say that de Grandpré “shares more of Connor Kenway’s (the male protagonist of Assassin’s Creed III) animations than Edward Kenway (the male protagonist of Assassin’s Creed IV: Black Flag) does.” So, it’s not only those who play video games who are pointing out the absurdity of Ubisoft’s claims; actual video game designers who have worked on the series are doing it too.

Of course, social media is exploding with people (of all genders) calling out Ubisoft for this garbage excuse. Some took to twitter, using the hashtag #womenaretoohardtoanimate, pointing out the ridiculous lengths the studio goes to animate things like water and the individual scales on dragons, and imagining how ignorant Ubisoft might be about women’s bodies and movement. Others are pointing out that this kind of attitude is, sadly, far too prevalent in the gaming industry. Despite the fact that 45% of gamers are women, many in the gaming industry insist that women just don’t like video games. 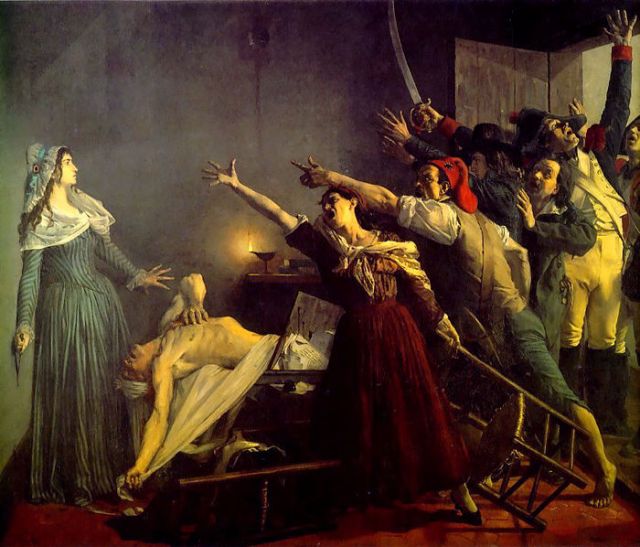 All these men are shouting “Women can’t be assassins!”

Also, as many people are pointing out, one of the most notorious assassins of the French Revolution Era was Charlotte Corday, a woman, so having a woman be the protagonist of this particular game would have more than made sense. The game developers have been bragging about the painstaking detail and effort they’ve put into making this depiction of Revolution Era Paris realistic. Apparently, it’s more important to them to have a 1:1 scale Paris than it is to have any (we’re not even asking for equal) representation for women in the game.

Everyone else seemed to pick up the pace regarding playable women in video games. We saw new information about Dragon Age: Inquisition as well as the announcement of Mass Effect 4, two games where you not only can play as a woman, but you also have the option of romancing other women. We saw a sneak preview for Rise of the Tomb Raider, the follow up to the extremely successful Tomb Raider relaunch from a couple years ago. The new Smash Bros lineup features more women than ever before. There was even a mysterious hint when Zelda director and producer Eiji Aonuma said, regarding the new Legend of Zelda game, that “we never explicitly said it was Link” who was firing the bow in the trailer, leaving many to speculate that it could be Princess Zelda herself or another playable female character. 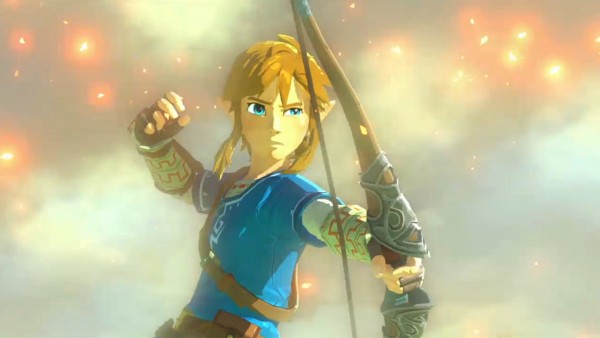 An image from the new open-world Zelda game. via Comic Book News

Seriously, there was so much cool news out of this year’s E3 that Ubisoft and Assassin’s Creed dropping this bad news is like discovering a new comedian and they’re super funny and then all the sudden they tell a joke about how women belong in the kitchen. I mean, I’ve been telling my brother for years that I would be totally interested in playing a Legend of Zelda game again if I could play as a girl. In the new footage, we see an even more androgynous character than the Link we’re used to, one who isn’t wearing the traditional green tunic, and one who is wielding a bow instead of the traditional Master Sword. How incredible would it be if you could play as Zelda or as a female Link? Also, with new Dragon Age and Mass Effect games coming out soon, the rampant queer undertones of the rebooted Tomb Raider franchise and Square Enix’s announcement that they’re making a patch that will allow same-sex marriage in Final Fantasy XIV, this was a pretty good week for queer representation in video games.

At this year’s E3 it was finally looking like things were turning around for female representation in gaming. So many companies seemed like they were finally listening to the complaints and criticisms that had been thrown their ways for years. Then Ubisoft had to step in and remind us why so many women are afraid to call themselves gamers no matter how many games they play or how long they’ve been playing. There are plenty of games being announced and highlighted that look really great and that I hope to play, but I can assure you, if Assassin’s Creed can’t take the time to even try and animate a woman character, I’m not going to take the time to try and play it.