Two Of Us, the romantic drama that France submitted to the Oscars this year, will be available on demand on Friday, and we have an exclusive clip for you! Two of Us follows neighbors Nina (Barbara Sukowa) and Madeline (Martine Chevallier), who have been in a relationship for years, as Madeline struggles to finally come out to her adult children, and Nina grows weary of waiting. Unlike most movies starring women in their 60s and 70s, Two Of Us is full of passion and tempestuous emotion and anger and love and desperation. It may look like something you’ve seen before, but you haven’t, and I’ll have a full review of it up on Friday!

We also have an exclusive look at the film’s alternate poster. 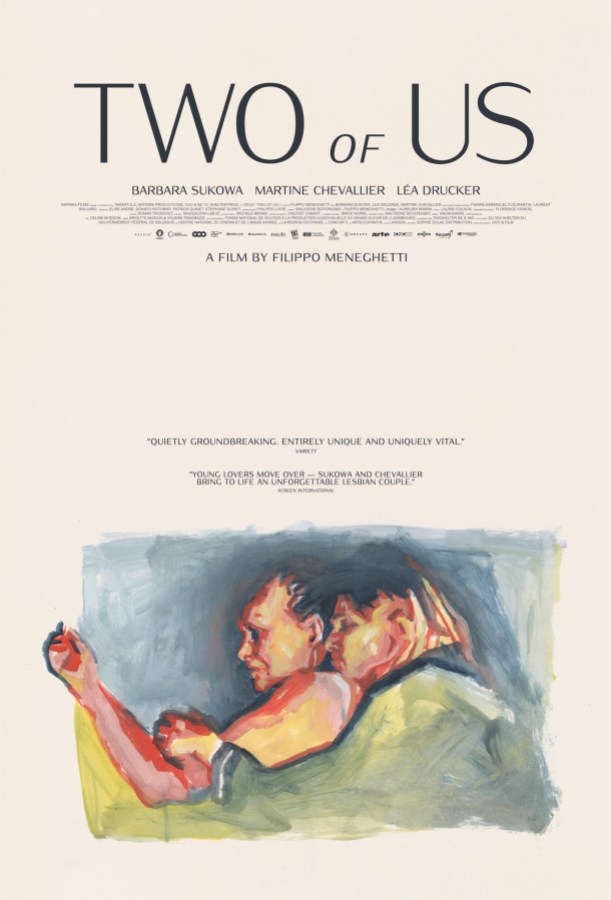 For more, check out Two of Us’ official website.

Before you go! It takes funding to keep this publication by and for queer women and trans people of all genders running every day. And A+ members keep the majority of our site free for everyone. Still, 99.9% of our readers are not members. A+ membership starts at just $4/month. If you're able to, will you join A+ and keep Autostraddle here and working for everyone?
Join A+
Related:the oscarsVideo