This week, True Blood actress and out bisexual person Anna Paquin went on Larry King Now, presumably to talk about the upcoming and final season of her wildly popular television program. While they did discuss a great deal regarding Paquin’s acting career, her marriage to True Blood co-star Stephen Moyer and the cast’s feelings about the show’s conclusion, the interview included one particularly cringe-worthy exchange between the two.

Anna Paquin famously came out as bisexual in 2010, when she filmed a PSA for the Give A Damn campaign declaring herself as such. Although she’s told Zooey magazine that her orientation was “a minor biographical detail,” she has continued to publicly champion LGBTQ rights. Unfortunately, Paquin has also had the frustrating and all-too-familiar experience of having to explain her sexual orientation over and over again in great detail, and clarifying that her marriage to a man does not invalidate her identity.

During her sit-down with Larry, King asked Paquin if she considered herself a “non-practicing bisexual.” When Paquin replied that she was “happily, monogamously married” to her husband, King responded with, “But you were bisexual?” 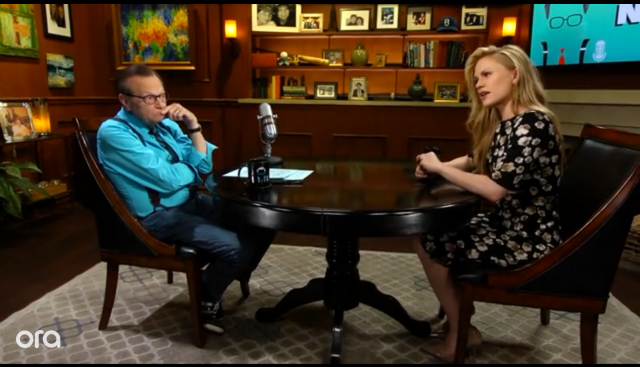 As Paquin good-naturedly replied that she didn’t consider her orientation to be in the past-tense, King continued to press her for more details. Finally, she asked, “Are you still straight if you’re with somebody? If you were to break up with them or they were to die, it doesn’t prevent your sexuality from existing. It doesn’t really work like that.”

“Stop with the wishful thinking,” King joked. Just like that, the sounds of a thousand groans overwhelmed the Hulu soundboards as everyone with any basic understanding of human sexuality barfed in unison. 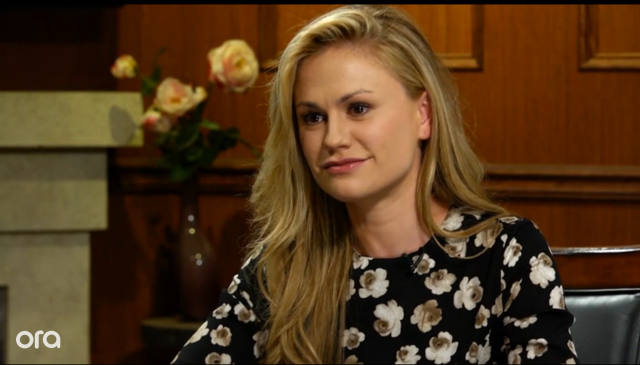 For starters, I would imagine that trying to explain one’s sexual fluidity to an 80-year-old white dude who’s been married eight times to seven women would be a lot like trying to explain one’s sexual fluidity to their cranky old uncle, which is why I haven’t really ever explained my sexuality in depth to any of my cranky old uncles. The very concept of one’s longterm relationship or marriage magically transforming them into a “non-practicing bisexual” is not only invalid, it’s damaging and hurtful. There exists a great myth that committed relationships can invalidate a person’s orientation, which causes infinitely frustrated bisexuals to be perceived as attention-seeking, greedy or not “real.”

Although she handled Larry King’s clueless questioning like a pro, this certainly won’t be the last time openly bisexual celebrities are questioned about the validity of their identities. It would be fantastic for mainstream media to accept that bisexuality is real and that sexuality can be fluid, but in the meantime it’s still heartening to see stars like Ms. Paquin and Evan Rachel Wood fighting the good fight, being proud of their relationships and calmly explaining what bisexuality means and doesn’t mean to a large audience. Thank you, Anna Paquin, for taking it in stride… for all of us.