Before they can continue on to the mall, though, everyone has to pee. This is when the JAWS theme basically starts playing in your head. Maura pauses outside the ladies’ room, and Sarah gamely encourages her to go in, telling her it will be fine. But it won’t be fine, dear reader! 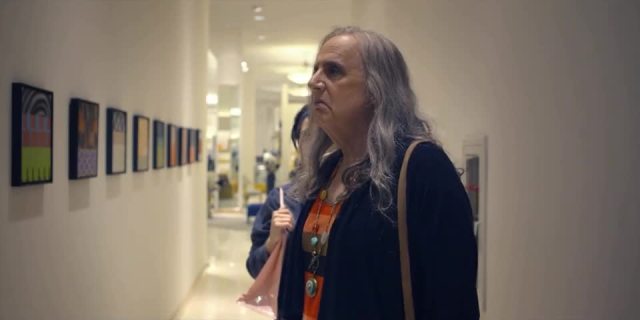 Once inside the bathroom, Sarah loudly calls Maura “Dad,” which tips off several people in the restroom. A teenager tells her mom “Do you see that person over there with the gray hair? I think it’s a guy.” The mom turns around to ask Maura “Excuse me. Are you a man? There are young women in here that you are traumatizing!” Sarah makes a face and says “Those little bitches over there? Yeah, they look really traumatized,” while Maura physically shrinks up and backs away. Ali hides inside a bathroom stall while Sarah, empowered by her RHOA makeup, loudly argues with this asshole mom calling Maura a “pervert.” Maura has to break up the scene, and has Sarah and Ali leave with her. 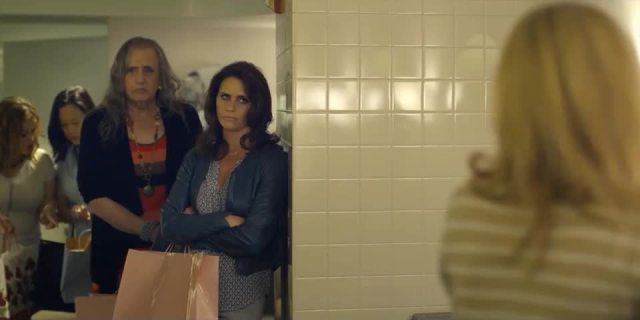 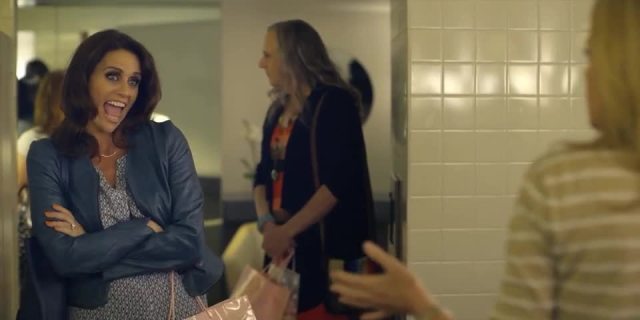 This scene has so many layers of things that are infuriating and heartbreaking. Sarah is like a giant flashing signpost about how not to be a safe and supportive family member/friend of a trans woman — she’s tried to do her research and she’s sure her heart is in the right place, but she still manages to do something clueless and heedless that humiliates Maura and puts her in very real danger in front of her own children, just because she can’t be aware enough for one minute to realize the larger context of the situation. And then she makes it worse by drawing even more attention to Maura and to her trans status, having a yelling fight that makes her feel good about herself but only makes Maura feel worse. It’s a reminder to us, fellow cis people: no matter how conscious of trans issues you think you are and how devoted to allyship you imagine yourself to be, you are always one mistake away from putting the trans people you care about in danger. No amount of good intentions will ever mean you’re beyond fucking up.

And for Maura, this moment is just indescribably demoralizing and horrific. By most measures, things are going better for Maura and she likely feels more confident about being perceived as a woman than she ever has before: her daughters both seem marginally supportive of her and are out with her in public; she’s just had fresh hair extensions so she doesn’t need to worry about a wig that might look artificial; she’s just had her makeup professionally done; she’s even been coached, however reluctantly, on how to walk. And yet even with all those things, the day was totally ruined in a split second by dumb and bigoted cis people. Regardless of what changes Maura has made to her physical appearance, she still isn’t considered a “real” woman by others, and she had that fact announced publicly and in front of her kids. God, it’s the worst.

In the parking garage, Sarah asks if Maura is okay. “I will be,” she says. Sarah and Ali walk away. “Why is [she] doing this now?” Ali asks, selfishly. “Why did [she] wait so long?” Sarah responds, maybe not realizing they’re talking about different things. Elsewhere, Maura has finally found someplace private she can pee: a Port-A-Potty in a construction site. Super! Super. 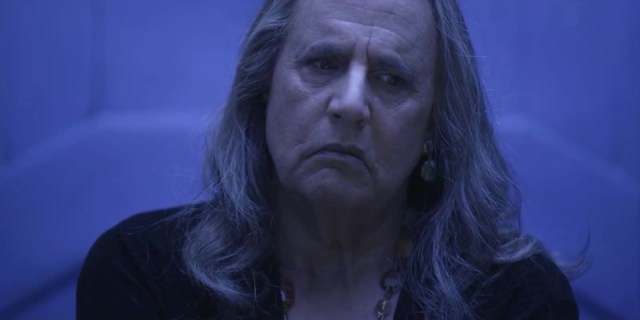 Ali goes back to the makeup counter to immediately return all of the expensive products Maura bought her for cash, because Ali just wants money from Maura all the time. This makes me incredibly angry actually but I don’t know how rational that is? It reminds me of the time that I found out my roommate with rich parents was using their credit card to go online shopping and hoping they wouldn’t notice, and I was horrified and equated this to stealing money from her parents, but my other friends whose parents also had money told me that that was fairly normal and not stealing. We were all in our early twenties if that matters. 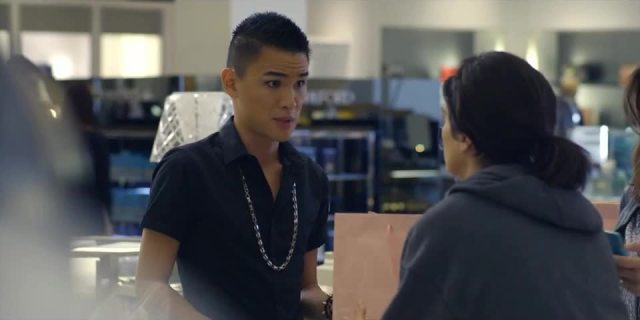 I don’t know it seems really gross to me. Also Tammy cancels on the date she had with Sarah, although if their “date” was just gonna be Tammy smooshing Sarah’s boobs around then I feel like the honeymoon phase is over anyway, that shouldn’t count as a “date night” until you’ve been dating for at least a year. Ali’s face is a color that is completely unrelated to the color of her actual skin, it’s sort of hypnotizing. 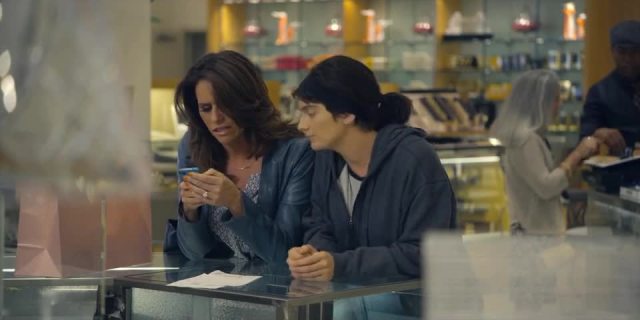 Maura is trying to figure out how to use the stovetop in her little apartment but eight thousand gay boys are having some sort of patio party next door and it’s very loud. Maura tries to call the apartment complex manager to have it addressed, but she hears the phone ring next door and realizes that the apartment manager is one of the partiers! Goddammit. Honestly living in a complex full of party-hearty gay boys sounds sort of like the worst thing possible except I bet they have good drugs and also would probably lend you a mesh tank top if you needed one. The larger point here is that Maura is having basically the worst day possible. She deals with this by taking her shoe off and banging on the dividing wall screaming “Turn the music the fuck down, motherfuckers!” She also calls them faggots which isn’t very cool, Maura, although I recognize it’s been a pretty fucking rough day. It doesn’t matter, because they don’t even hear her, so she just sits on her patio with one shoe on, letting the obnoxious party music waft over her. 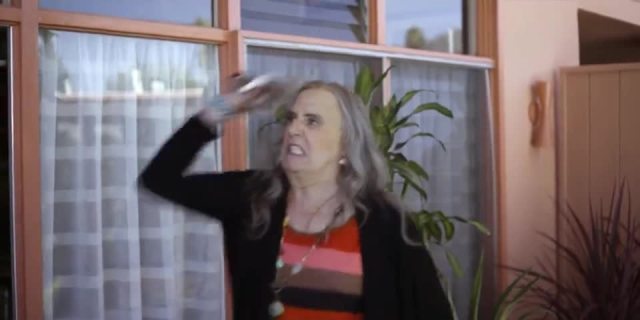 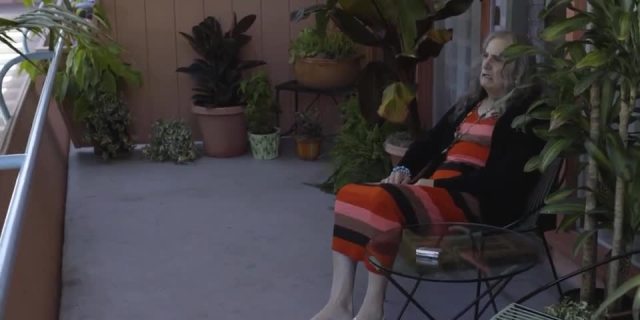 Starsweep to the barber shop where Ali still has all her foundation on and is getting a haircut. She goes back home and takes a bath, washing off the makeup and feeling her new, shorter hair. I want to be generous towards Ali and guess that she’s not mooching off of Maura as a general lifestyle choice but is mostly using it to fund things related to her body/physical self and changes she wants to make to it — like personal training or a haircut. For those who are aware that the creators of Transparent have mentioned there being a genderqueer character, this seems like evidence that Ali might be that character. 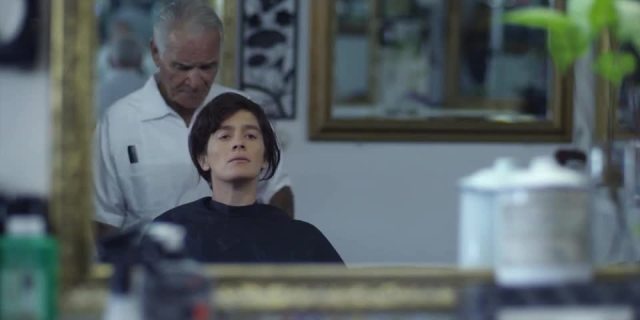 I’m thinking sort of like a Shane vibe, but also not too butch, and also I don’t want to have to use too much product, and also none of it should get in my face if I want to pull my hair back, and maybe a little kind of undercut but nothing that would be unprofessional for work and also can you shave “Bubbline 4Ever” into the back

Across town, Sarah is showing up at Tammy’s house, because she’s terrible at having affairs. Tammy points out that this is super weird, which is true, but also keeps putting off telling her wife about Sarah. Tammy says she never told Sarah to leave her husband, which I guess is sort of true, but the fact that they’ve also been talking about Tammy telling her wife for some time now makes that seem a little suspect. Sarah says “I love you, and I’m feeling so ready, and open, and honest right now but I am afraid that I am making this shit up in my head and that you are not coming with me, and I feel like you’re just going to delay and delay and delay. I have dumped out every fucking piece of my life and I need you to tell her the truth.” Tammy…. doesn’t really say anything. 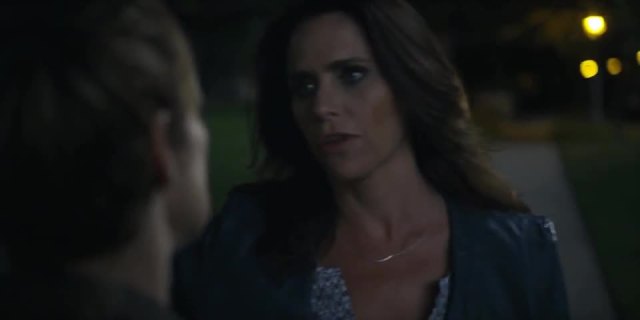 You told me you understood Princess Bow Wow’s needs and would never take her to a groomer that didn’t respect her boundaries and every time I look at her I just think about how you betrayed both of us and I don’t know how I can ever trust you again, not in a real way 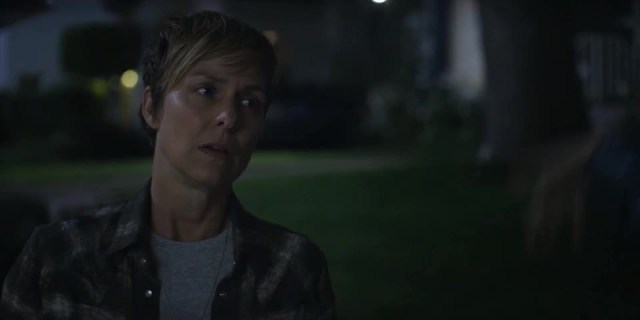 Sarah does a sad little angry laugh and starts to walk away before Tammy calls after her. This is becoming increasingly less discreet. Sarah asks if Tammy loves her, and Tammy pauses for a second while staring down at the ground, which is an extremely convincing and romantic way in which to tell someone you love them, in case you’re taking notes. “Then tell her about me,” Sarah says, and Tammy sort of nods. Probably this is going to go well!

Josh is hanging out at Ali’s apartment, where she is serving him “just bread. The toaster broke.” I’ve been there too, Ali. Josh thinks her new hair is funny, and Ali tries to prod him to talk with Maura without outing her. 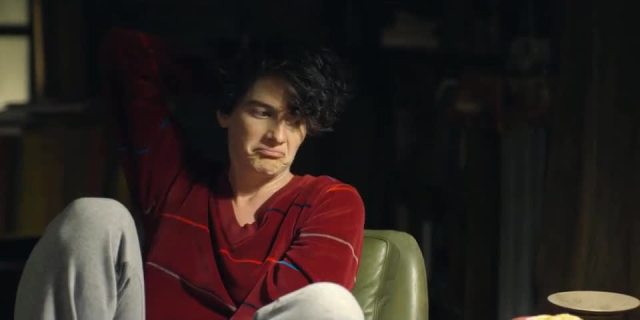 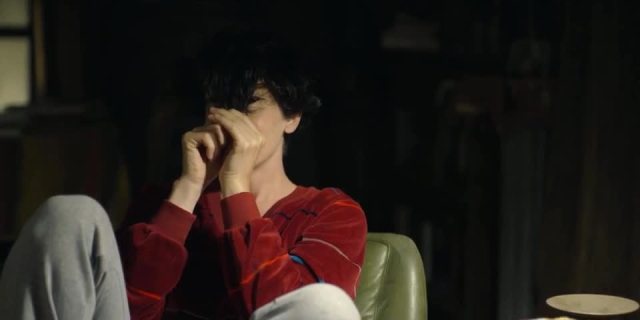 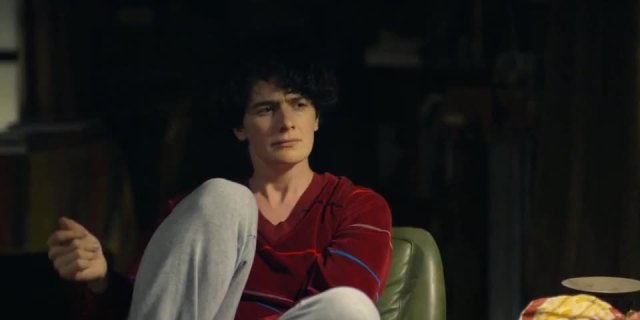 They make a halfhearted attempt at talking about Josh’s feelings, and I sort of am starting to see how these two might have matching anxieties and neuroses and self-loathing that help them understand each other in a way that others don’t. There’s a really beautiful version of “Then You Can Tell Me Goodbye” by Bettye Swann playing, and Ali snaps her fingers and gets Josh up to dance with her, and they both boogie away on the carpet like little muppets. 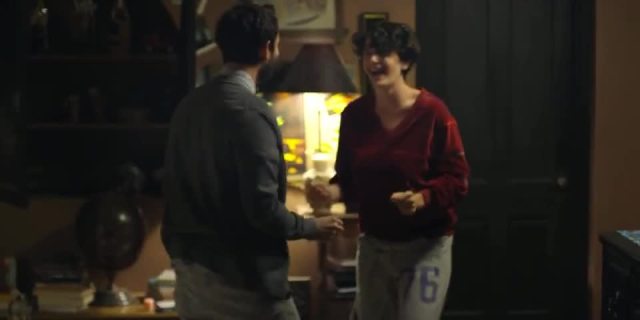 Rachel has written 1122 articles for us.