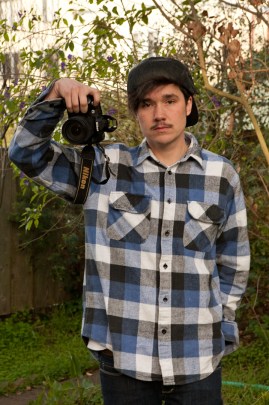 Laneia: San Francisco seems like the perfect place to be queer. Is it a utopia, Amos? Should Autostraddle move its headquarters there?

Amos: San Francisco is my favorite city in the entire world. It has this small-town urban feel to it. It’s beautiful, and I’ve found it to be the easiest place for me personally to be a flaming queer, whatever that means. I don’t know if it’s the “perfect” place necessarily. It’s definitely a bubble of beauty, drama, creativity and a city that is very supportive of queer arts. So if you’re into that sort of thing, then yes it’s the perfect place.

That’s not to say that San Francisco is exempt from negative things and issues… It isn’t really a “bubble.” This city experiences things like gay-bash stabbings, trans people being murdered and buried in shallow graves, cops “accidentally” shooting innocent people of color, AIDS, homelessness…it just so happens that this is all going down in a beautiful city that is highly concentrated with gay, lesbian, queer and trans people.

Laneia: Tell me about Issue 2 of Original Plumbing. You have Margaret Cho! What was it like to work with her? On a scale of 1 – 10, 1 being you LOVE her and 10 being you LOOOOVE HER, where would you rank your feelings for Margaret Cho?

Amos: Issue 2 is fucking amazing, Rocco and I are so proud of it. I have a much different relationship to this issue compared to the first one. With “The Bedroom Issue” it felt like a very solitary project, where I didn’t really know what direction the magazine would go in or what the reaction would be from the trans community, as well as the other communities. On a personal note, “The Hair Issue” feels like more of a creative partnership between Rocco Kayiatos and myself, which is a great feeling. The magazine is experiencing growth, which adds so much more to the voices and the finished product.

“Some guys who haven’t had top surgery find it important to show that trans men don’t always have scars to show off, that surgery doesn’t necessarily ‘make the man.'”

It was a blast working with Margaret. She is hilarious, warm, wonderful! Rocco and I had met her in October when we were asked to be part of the music video she was directing for the band GIRLYMAN. Margaret wanted the video to consist of queers, trans people, femmes and butches, as the song, “Young James Dean,” is about butch identity, so her vision was to get as many different types of queers as possible in the video. Rocco and I really bonded with her while shooting it. We just really clicked as friends. Now we call her our “TranMa” (a play on the term Grandma) and she calls us her TranSons. She loves OP and as she is an incredibly outspoken person, she was easy to interview and of course fun to photograph.

Laneia: I loved that video! Also, after watching The Bedroom Interview with you and Rocco, I was ready to tackle both of you with hugs and feathers.

Amos: OMG hahaha. Every time I see a video with Rocco and I together I’m blown away because Rocco’s just so butch! I’m always amazed at how manly he is.

Laneia: You’ve said that part of the purpose of OP is to educate people about trans experiences and take steps forward in trans male culture. With two issues under your belt, has your original vision changed or expanded? Where do you hope to see the magazine in the future?

Amos: OP will continue to grow and document trans male culture, but it’s much more than a magazine. I honestly see the Original Plumbing growing as the community expands and creating culture while we document it. Rocco and I are planning some tours where we’ll visit LGBT youth centers in various towns and hang out, then throw release parties in other towns. 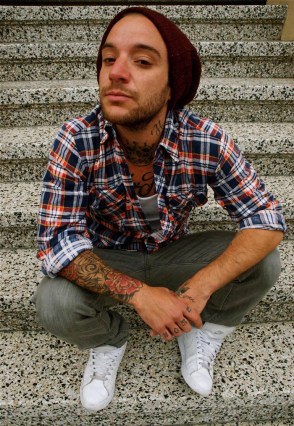 It’s important for us to leave San Francisco and connect with trans guys all over the place because, I mean, for guys in, say, middle America, their lives are often isolated, and they are left without a voice. It’s something that I really want to document and share.

Laneia: How did you get started in photography?

Amos: I can’t remember when I started taking photographs. I can remember stealing my moms camera and playing around with it from a very young age and always finding importance in the photographic image, being obsessed with memories and wanting constant visual reminders of where I’ve been and who I was surrounding myself with.

Laneia: What camera do you use?

I shoot with a digital SLR — a Nikon D70s and whatever lens it came with, I don’t even know. Sometimes I play with a wide angle lens, but usually it’s pretty straight forward, with natural light. The camera has a huge crack going down the center of it from when I dropped it down one of the steepest hills in San Francisco a couple years ago. I had to replace the flash but the rest remains intact. I’m not much of a camera equipment snob, and I’m kind of rough with most of it, throwing it into bags wrapped up in winter scarves instead of in a camera bag, stuff like that.

Laneia: What are you looking for when you’re choosing models for Original Plumbing? 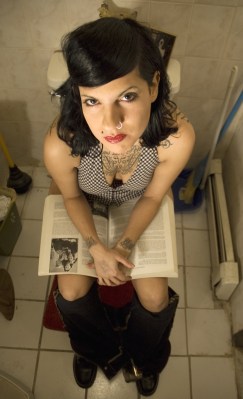 Laneia: What was your most memorable photo shoot?

Amos: Probably a toss up between shooting Cristy Road sitting on the toilet reading “Our Bodies, Ourselves” and the shoot I did with Brontez where he dropped his pants and ran around the Eagle in San Francisco with a creamsicle early one Saturday afternoon. Both of these stand out in my mind because they were shoots I went into feeling slightly unsure as to how I wanted to capture these people so I just had a blank slate of a brain and started shooting. The final images just exude personality in a way that could have never been planned or forced. This is of course due to the amazing nature of the models, their ability to be spontaneous and insane and cause a scene while I follow them snapping away.

Laneia: You’ve mentioned that a lot of these guys want to show off their scars. What do you think being published in OP means to your models, on a personal level?

Amos: I feel like our models are excited to be in a publication where they are representing themselves. And yes I’ve said in the past that they are proud of their scars, but there are also guys that are proud to show off their bodies without scars. I’m referring to guys who haven’t had top surgery, who find it important to show that trans men don’t always have scars to show off, that it doesn’t necessarily “make the man” to get any sort of surgery.

I’ve had some haters, and they always say they cant believe I’d publish trans bodies the way that I do. Like I’m doing something wrong by sharing it with people in the world. Clearly they don’t see the power that the photos have, the strength and happiness and self esteem it can effect, in like young trans or questioning people or anyone who feels ‘different’ in their body 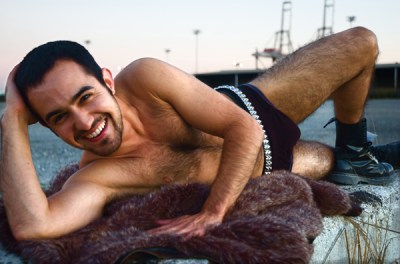 Laneia: RIGHT. That’s what I love so much about what you’re doing! Are there any projects or collaborations we can look forward to?

Amos: Fuck yeah! Michelle Tea’s book “Valencia” is coming to life in movie form, and each chapter is being cast and filmed by a different artist. It’s kind of an epic project and I have no idea when it will be finished or released, but I’m filming a chapter. That’ll keep me busy this summer.