If you are in NYC tomorrow (and not doing all sorts of last minute preparations for your trip to Alpine Meadows Thursday!) you’ll want to make your way down to Bleecker street for the direct action marking the 25 year anniversary of the group AIDS Coalition To Unleash Power (ACT-UP).

With over two decades of direct action under their belt, ACT-UP  has been working  to change the lives of those living with AIDS around the world in terms of both medical care and public policy. ACT-UP has demonstrated on Wall Street in the past, starting with their first protest on March 24th, 1987, which marked the beginning of years of activism confronting medical research and lack of access to affordable drugs and healthcare for those living with AIDS.  Some members of ACT-UP went on to form the group The Lesbian Avengers in 1992 and engaged in more direct action of their own, including  the Dyke March. Read the Handbook here! 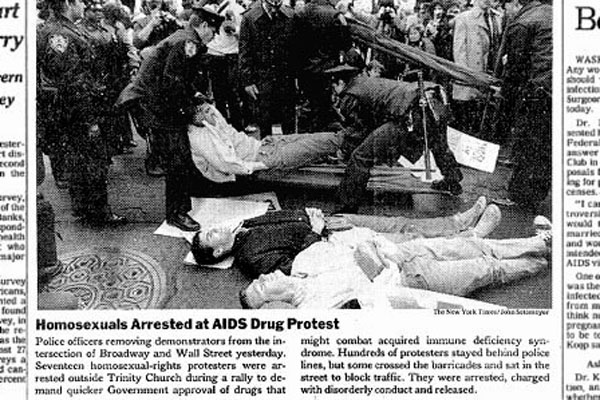 Building on the momentum OWS since the beginnings of the movement in September of last year, ACT-UP will once again demonstrate on Wall Street this week:

To commemorate its 25th anniversary, the AIDS activist group ACT UP will return to its roots and stage a massive demonstration and march on Wall Street — on Wednesday, April 25 — starting at 11 am at City Hall and ending on Wall Street. Hundreds of protestors are expected to converge for a daylong siege in Lower Manhattan.

ACT UP (The AIDS Coalition to Unleash Power) will be joined by Occupy Wall Street (OWS), the organization making history this year and last with its public encampments and series of protests against the global financial community. The groups are joining forces to pump up the volume on a growing nationwide outcry for a “Financial Speculation Tax” (Fi.S.T.) on Wall Street.

The groups are calling on local, state, and federal legislators to “give Wall Street the FiST,” which is needed to fill AIDS funding gaps and — once and for all — provide universal healthcare in the US. It’s time for effective healthcare to be made available to everyone — to the 99%, not just the 1%.

Bridging two communities who have long mobilized for access to quality healthcare for Americans will likely result in a powerful protest worth being a part of, which is to say – GO!

Protest starts at  11am Wed., April 25th starting at City Hall at the corner of Murray and Broadway. (ASL Interpretation) 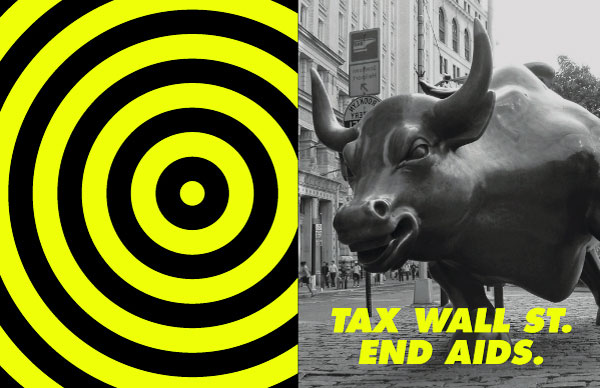