See, the thing is, Melissa Gira Grant does really amazing things and I feel like you’d like her. I like her first and foremost because ever since I met her in 2009 working on THE LINE I was overwhelmed with how cool she was. She self-describes herself as a “freelance writer,” but really she does it all: from talking on various issues of sex and sexuality on campuses and at conferences and writing and publishing creative and issue-based writing for various outlets to working in the arenas of human sexuality and sex work, queer people doing cool things, and feminism.

I think she’s the best. 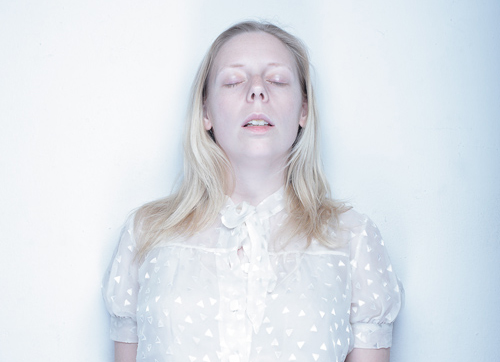 One year ago she changed my life and published this anthology of Internet-authored stories about love and sex and relationships, “Coming and Crying,” in which I read these little pieces of people printed out on paper and then cried, true to form.

And then she gave me the gift of this bag, only about a month ago, which a girl fell out of her seat on a WMATA Metrobus trying to read when I got to my stop. (Please buy one because you feel so good with one.) (Also because the other one says “I like books and have feelings.”)

But just last week, I got this email in my inbox from Glass Houses Press, which Melissa started after the not-so-surprising success of her Kickstarter campaign to publish “Coming and Crying,” in which her newest product was announced. I decided instantly that I wanted it, mostly because it’s essentially a love letter delivery service – only the writing isn’t fiction and the letters aren’t to you.

For 25 dollars, you can sign up for “What Price Love?” online — a project labeled “performance” but that sounds like “perfection” to me. Once you’ve signed up, you have access to the actual, real-life correspondence (read: love letters) shared between two people from March to November of last year. But you won’t be receiving the letters as a thick packet or an e-book or a PDF once you’ve hit “purchase.” You’ll receive them as emails, the method in which they were actually delivered to the two people who were sending and receiving them, and at the exact same times on the exact same dates they were sent just 12 months before:

What Price Love? is an email love letter subscription, lasting nine months. Subscribers will receive the exact email I sent in 2011 in their inbox now in 2012 (e.g., what I wrote on the morning of March 8th before I went to work, you’ll get that, too, and at the same time). It’s like I am writing to you.

How often will they come? The letters will ebb and flow: that first burst of getting to know one another, the rush of obsession, the pace slowing, and then, that’s it. They stop.

You’ll enter into the correspondence at the time you subscribe, and get to/have to wait between love letters the same way their object did.

I’ll get to go back through the letters with you.

The end of the description posted online reads, “together we’ll decide what love letters are worth.”

I’m so excited to figure that out.