Holy F*ck, The Kitten Craze Isn’t Over Yet

Swedish pop star Robyn has released Indestructible, the first single from the third and final installment of her Body Talk trilogy. 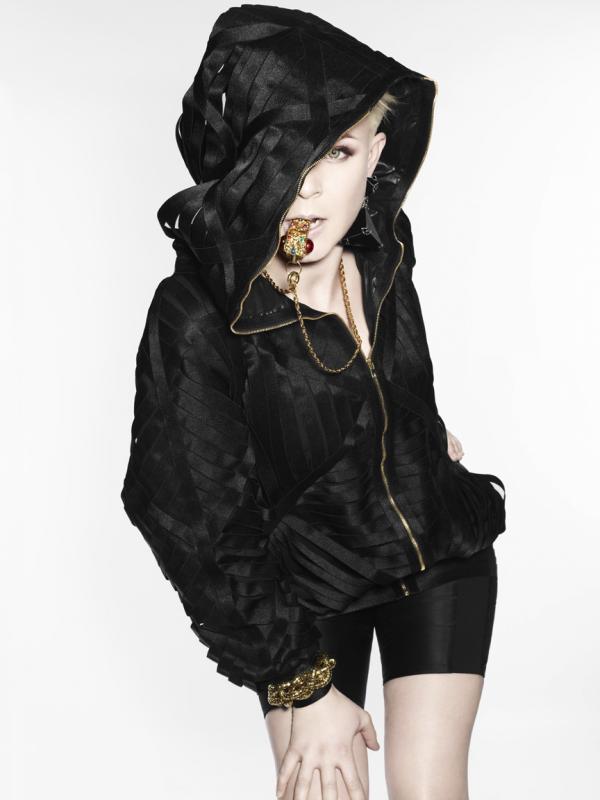 Fans will already know and love this track; it first appeared on Body Talk Pt. 2 as an orchestral ballad, but has now been revamped and transformed into a pulsing dance floor anthem. It was asking for it. Read more about the release over at Spin.

Has anyone been listening to Raimy Rosenduft and Holly Miranda’s podcasts? I have ve no idea how long they’ve been making them [update: apparently a while], but a friend emailed me the last two and I’ve dug them. It’s just two girls talking about the music they love, you know? Sometimes that music is Janelle Monáe. Sometimes Holly Miranda breaks out into song and it’s lovely and gives me flashbacks to two nights that I loved more than most. I hope they make more. Download the latest one here.

It’s hard to believe that over the course of their lengthy career, lesbian folk duo the Indigo Girls never once had a crack at the holiday music market. Seems like a bit of an oversight, right? The good news is that they’ve just rectified it by releasing Holly Happy Days, a holiday soundtrack which, according to Spinner, features classics like “Oh Holy Night” and “I’ll Be Home for Christmas,” as well as some original songs. 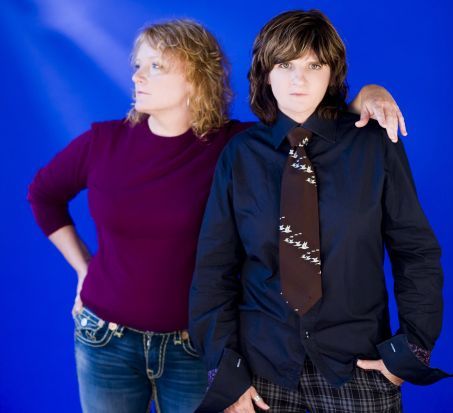 This year the Indigo Girls will compete with holiday releases from Susan Boyle, Josh Groban and Mariah Carey, to name a few. But only one of those records has been carefully crafted by lesbians and released in special holiday packaging with three surprise ornaments inside. You know which one to choose.

New Video From Girl In A Coma

One of the things that I admire most about the Texan trio Girl In A Coma is that I never really know what they’re going to come up with next. For example, I did not expect them to create a music video for a Patsy Cline cover, “Walkin’ After Midnight,” that is inspired by a scene from the 1964 Elvis film, Roustabout. But they did.

The clip for “Walkin’ After Midnight” is the directorial debut of Girl In A Coma’s bassist, Jenn Alva. The song can be found on Volume 3 of their fantastic Adventures In Coverland EP series, which is being released on Oct 19 as a full length LP.

This is pretty amazing, you guys. About two weeks ago in LA, Yoko’s Plastic Ono Band invited Lady Gaga to the stage to piano jam on “It’s Been Very Hard” and “The Sun Goes Down.” Follow the links to see the clips. 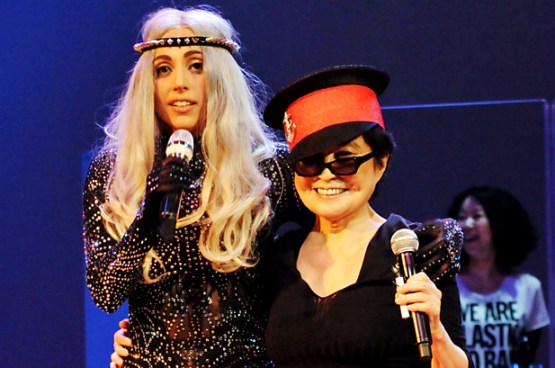 Passion Pit Do The Ting Tings

Clap your hands if you’re working too hard. Woot. Then listen to the Passion Pit remix of “Hands,” the latest single from British indie-pop duo, The Ting Tings. You can stream it and download it for free in the widget below.