Hey homos did you get something for your mom today like a card or whatever? Does your mom still speak to you? Are you, in fact, a mom? Three cheers for all of us, let’s all have a drink, Happy Mother’s Day. Holidays in general, and ones that focus on familial love and bonding in particular, aren’t always easy for us. But the nice thing is, someone wants these things to suck slightly less: “A coalition of pro-gay religious and secular groups is celebrating Mother’s Day with a campaign encouraging Christians to be welcoming and fully inclusive of LGBT people in their congregations.”

Obviously this message isn’t exclusively about Mother’s Day, but the day wasn’t chosen by accident, either:

“To celebrate the diversity of all families, we chose Mother’s Day to kick off this campaign,” Sung Park, program director of Believe Out Loud, said in a press release. “Mothers teach us to value everyone equally, to treat others the way we would like to be treated. Jesus also taught us that. What better day than Mother’s Day to remind people of this universal value.”

Will this necessarily make you feel warm and fuzzy inside that heart-shaped space in your chest if you don’t have strong feelings about Jesus? Not really. But is it still meaningful? Yes! It’s become increasingly obvious that the problems faced by gay people in America are now based in Judeo-Christian belief systems, not politics. Prop 8 was ruled discriminatory in court, but gay people in California still can’t get married to this day because it was funded by millions of dollars of Mormon money. Defending DOMA in court requires huge amounts of government spending and explicit invasion of the federal government in the private lives of citizens, but Republicans are still fighting for it even though it defies every founding principle of their political party because it’s “wrong.” So, while it may not make everyone feel shiny and happy in equal measure, hopefully it will make all of our lives better in the long run! Also, Obama acknowledged gay moms in his Mother’s Day proclamation this weekend! Happy Mother’s Day! Also, here’s to people who were made to get up early today and go to church. We feel for you.

Binational couple Henry and Josh faced a deportation hearing on Friday to determine whether Henry would be sent back to his native Venezuela – but for now, the hearing has been postponed! This is actually kind of mixed news – it means six more months of uncertainty until another hearing, but it also means six more months of not being forcibly separated, and who knows what the legal situation around this issue will be in six months! Josh says “We understand that this is just a reprieve, but are really happy with this decision.” 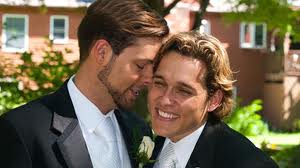 Some people write YA novels that aren’t about shiny celibate vampires! Some of them are about “suburban Midwestern lesbian rappers.” “It’s possible that Sister Mischief sourced from a frustration, amidst the furor of Twilight, of wondering where the queer YA heroines were, or the Black or brown ones, or the ones willing to call themselves feminists, or to aspire, or achieve. These were the dynamic, whole heroines I would have loved to—needed to, in fact—discover at 14 and 17, and the ones I’d want my younger sisters and daughters to find. I didn’t believe that becoming vampire bait was the best aspiration we could offer them.”

Also relevant to your interests: a first look at the lesbian werewolf movie Jack and Diane. It sounds weird and awesome?? “Jack And Diane” will not only have animated sequences, but they will be directed by none other than arthouse faves the Brothers Quay. The duo are known for the painstaking stop-motion animated work that is singularly and utterly theirs and are best known for the distinctive works “Street Of Crocodiles” and “Institute Benjamenta.” They certainly add a whole new dimension to the film that is already quite out there and it will be fascinating to see it come together.”

This is a video about the greatest movie sandwiches of all time. You’re welcome.

Soon, every public high school in Toronto will have a designated safe gathering space for queer students! “Students at Lawrence Park Collegiate have chosen the 12th-grade student lounge as a “positive space” where LGBT students can seek support. Toronto school district officials say all 106 high schools and 480 elementary and middle schools in the city will have such a space by the end of 2012, with each staffed by a volunteer teacher who can help students deal with homophobia, sexism, and other issues. “We guess everything is positive and safe in schools, but we know that’s not necessarily the case,” said Ken Jeffers, the Toronto district’s coordinator for gender-based violence prevention. “Many students suffer in silence.”

The Illinois law allowing civil unions will go into effect in June, and there’s a mass ceremony planned to celebrate it. “Thirty couples will have a chance to unite June 2 at Wrigley Square in Chicago’s Millennium Park, in an event hosted by the Chicago Commission on Human Relations’ Advisory Council on Lesbian, Gay, Bisexual, and Transgender Issues. Ceremonies will begin at 10 a.m.”

This video has Freja Beha Erichsen making out with Anna Mouglalis. There’s some other stuff too, most of which is terrible, but do you care?

You motherfuckers need to tip. If not, I fully hope someone chews you out for it on this tumblr. That is all. “I’m a paycheck-to-paycheck single mom, and I always, always, ALWAYS tip. Period. I just build it into the budget for eating/drinking out. So I have little (okay NO) sympathy for non-tippers or bad tippers (NTBT). And here’s a little “tip” for you NTBTs: Being a crappy tipper and/or being in ANY way rude to your server is a deal-breaker on a first, or any, date. Get over yourself and realize how freaking hard these people work for you!”

Sorry it’s not a video. 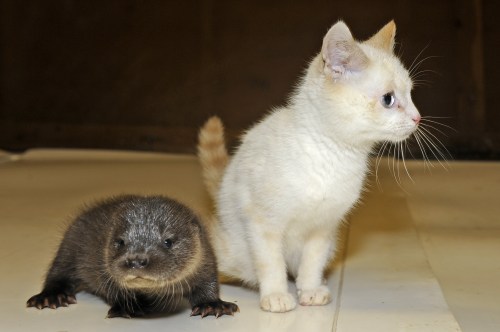