Just one day after we reported on the murder of Ciara McElveen and two days after we reported on the murder of Chyna Gibson, Mic is reporting on the murder of Jaquarius Holland, another Black trans woman in Louisiana. We’ve been in shock at how young the other victims, including 23 year old JoJo Striker, 24 year old Keke Collier and 21 year old Ciara McElveen are, and that shock is amplified by the fact that Holland was only 18 years old. 18 years old. She was a teenager, a child. Holland is the sixth Black trans woman reported murdered this year so far and the seventh trans person, all of them being trans women of color. Just in the month of February we know of five Black trans women who have been murdered. Our hearts are broken. 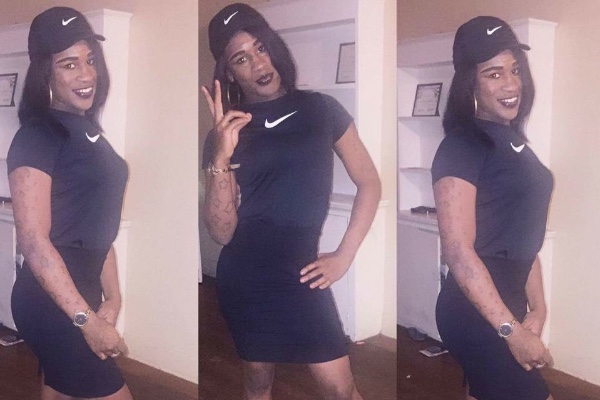 According to Mic, Holland’s friend Chesna Littleberry has set up a GoFundMe to pay for funeral expenses for Holland. The GoFundMe uses both “she” and “he” to describe Holland because her family still used “he” pronouns for her. Littleberry told Mic that Holland was like a little sister to her and that “I’ve struggled with accepting myself and being who I am and she always helped me with that. I want her to rest peacefully. That’s why I’m really excited.” I want to thank Mic and especially Matthew Rodriguez for their great reporting on this case and on the other murders of trans woman; you are doing a very valuable service and helping these women find the respect they deserve.

I keep on saying this. I keep saying the same things, but they aren’t any less important, they aren’t any less vital. Holland was murdered on the 19th, but we’re only able to report on it now because she was misgendered in reports. There are laws and barriers in place that make it so that trans people cannot change their names and gender markers. And things are getting worse for Girls Like Us. When lawmakers make laws that make it harder to change your passport, when lawmakers make laws that say that trans teen girls, like Holland, are male and must use men’s bathrooms, when lawmakers make laws that deny trans people from getting the healthcare that they need, trans women who get murdered end up being erased.

We use the hashtag #SayHerName because so many people and so many parts of society refuse to do that when it comes to trans women. Especially when we’re talking about Black trans women. While Black trans women are alive, they are thrown into the gutter, they are ignored, they are spit on. We need to support them in every way that we can. Women and trans people and Black people are hated in America. The people who are all of those things are especially hated. When you add that many of them are poor or homeless or sex workers, things get even worse. This is a genocide of Black trans women. This is a nightmare. This is Hell. Please, remember these names and say them as often as you can.