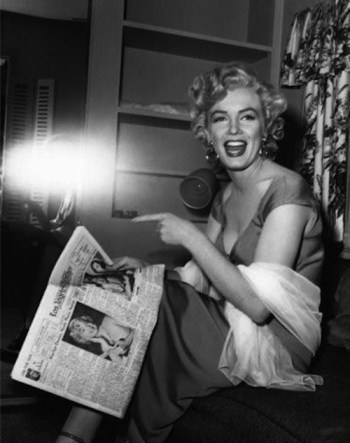 Hello and welcome to the 79th installment of Things I Read That I Love, wherein I share with you some of the longer-form journalism/essays I’ve read recently so that you can read them too and we can all know more about Wikipedia! This “column” is less feminist/queer focused than the rest of the site because when something is feminist/queer focused, I put it on the rest of the site. Here is where the other things are.

Sylvia Browne: is she for real? (October 2007), by Jon Ronson for The Guardian – Okay I got so into this for some reason. Maybe because Jon Ronson. But he went on this cruise to meet this psychic who makes a shit-ton of money going on Montel and telling people that their kids are dead, and she always fucks up and is a really gross person but is also super popular and rich, because ugh.

So That If I Died It Mattered (May 2013), by Jon Sands for The Millions – A poet returns to Ohio for a wedding, in New York he reads a poem in Tomkins Square Park, sits with his mother in the park while she cries, remembers his gay brother’s suicide attempt, talks about writing and parenting and mortality. It’s really lovely and you should read it.

Wikipedia’s Woman Problem (April 2013), by James Gleick for The New York Review of Books  – Yes! Another thing about Wikipedia and the ladies, this focusing specifically on the conflict around the American Women’s Novelist category, and how some men who edit Wikipedia have been using subcategories to marginalize people, like how “Maya Angelou is in African-American writers, African-American women poets, and American women poets, but not American poets or American writers.”

Are Coders Worth It? (June 2013), by James Somers for AEON Magazine – “We call ourselves web developers, software engineers, builders, entrepreneurs, innovators. We’re celebrated, we capture a lot of wealth and attention and talent. We’ve become a vortex on a par with Wall Street for precocious college grads. But we’re not making the self-driving car. We’re not making a smarter pill bottle. Most of what we’re doing, in fact, is putting boxes on a page. Users put words and pictures into one box; we store that stuff in a database; and then out it comes into another box.”‘

The Muse Of the Coyote Ugly Saloon (March 1997), by Elizabeth Gilbert for GQ – The article that inspired the award-winning genre-smashing Oscar-nominated ravely-reviewed cinematic classic, Coyote Ugly, starring the esteemed Piper Perabo and featuring the sweet sweet music of Leanne Rimes.

The Girl Who Turned to Bone (May 2013), by Carl Zimmer for The Atlantic – Fibrodysplasia ossificans progressiva (FOP) is a rare disease which causes the person who has it to grow extra bones that eventually lock their body in certain positions. It’s really intense! This piece is about Jeannie Pepper, an advocate with FOP who started a foundation to raise money for medical research which has enabled researchers to isolate the FOP gene and inch ever-closer to the cure.

Young, Black and Buried in Debt: How For-Profit Colleges Prey on African-American Ambition (June 2013), by Kai Wright for Salon – A necessary conversation about how the for-profit colleges we read about a while back push “useless degrees,” those “too-good-to-be-true tickets to the American dream,” to black Americans specifically, a strategy which Wright notes has “troublesome echoes to the subprime mortgage crisis.”

Women As Bosses (November 1956), by Katharine Hamill for Fortune– Well, this look at the new trend of women having actual status at work was a very strange trip back in time. Also strange: how slow the pace of change has been since then.

Blow Hard (April 2010), by Gus Garcia-Roberts for The Miami New-Times – I’m not entirely sure why I read this entire article, I think it’s ’cause my nails were still wet, but it’s about this guy Scott Storch who made a bunch of money with his beats and was a douchebag and never gave his Mom any money but bought Paris Hilton a lot of stuff and did a lot of drugs? You know how men are!