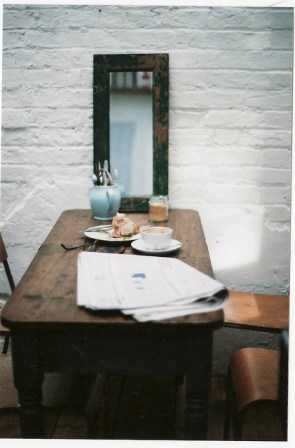 HELLO and welcome to the 59th installment of Things I Read That I Love, wherein I share with you some of the longer-form journalism/essays I’ve read recently so that you can read them too and we can all know more about Ben Affleck! This “column” is less feminist/queer focused than the rest of the site because when something is feminist/queer focused, I put it on the rest of the site. Here is where the other things are.

Good Will Hunting: An Oral History (January 2013), by Janelle Nanos for Boston Magazine – “Fifteen years after the release of the movie that made them stars, Matt Damon and Ben Affleck—along with the rest of the cast and crew—reflect in their own words on how a long-shot film by two unknowns became one of Hollywood’s biggest success stories.”

My Lost Library: Books, Exile and Identity (September 2011), by Ariel Dorfman for The Chronicle – “After I hung up, I sat there for a while in our home in Bethesda, musing about this lack of sentimentality regarding the library that had formed the cornerstone of my life. Was it because those books had vanished for me before that telephone call, had been taken from me forever, in effect, the day I had been forced to flee Chile after the 1973 military coup? Was it that I had already mourned their disappearance during the bleak nights of banishment as I reviewed the exact ethereal order in which certain favorite tomes were lodged on a shelf, and they had begun to fade from my life when, day after day, I was unable to open one page, consult one note, look up one scene from Shakespeare or Cervantes I had earmarked?”

Is Suze Orman’s Advice Dangerous? (January 2013), by Anna Clark for The American Prospect – This is actually quite interesting! It’s an interview with the author of Pound Foolish: Exposing the Dark Side Of The Personal Finance Industry, about how personal advice gurus shortchange us “by throwing the problem back on the individual, all-too-frequently deny or underplay the role of the greater economy on our lives.” Also talks about why women are often the target of these gurus.

Tales Out Of School (March 2008) by Sandra Tsing Loh for The Atlantic – “How a pushy, Type A mother stopped reading Jonathan Kozol and learned to love the public schools.” As a huge huge fan of Savage Inequalities, this article really made me think.

The Life & Death of The American Arcade (January 2013), by Laura June for The Verge – Did you know that pinball machines were banned in New York until 1974 because they were machines from the devil? I didn’t, but now I do.

Million-Dollar Murray (February 2006), by Malcolm Gladwell for The New Yorker – This was super interesting! I mean it’s Malcolm Gladwell but whatever. It’s about how the impact of problems like homelessness are actually easier to fix than we think because the number of people who are causing the largest drain on the system is much smaller than you think. This also applies to car emissions.

The Story of a Gun (January 1993), by Erik Larson for The Atlantic– “After 60,000 deaths from firearms use over the past two years, America is in a gun crisis. Yet gun laws remain weak, gunmakers continue to promote killing power, and gun dealers accept no responsibility for the criminal use of what they sell.”

The Commuter Kings (December 2012), by Kevin Rose for New York Magazine – All aboard the facebook bus!

The Rape Of Men (July 2011), by Will Storr for The Guardian – Aside from the fact that this article seems to think the rape of women is well-reported and dealt with in some kind of efficient or humane way, which’s false, this article contains a lot of scary shit I didn’t know about regarding the rape of men in war, like the scope of this issue is enormous, and severely underreported.