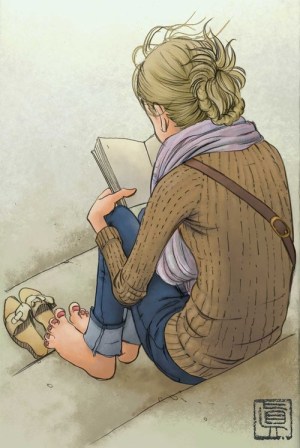 HELLO and welcome to the 48th installment of Things I Read That I Love, wherein I share with you some of the longer-form journalism/essays I’ve read recently so that you can read them too and we can all know more about heroin and insomnia! This “column” is less feminist/queer focused than the rest of the site because when something is feminist/queer focused, I put it on the rest of the site. Here is where the other things are.

Junkies in the Hurricane (October 2012), by Eliza Player for The Fix – This is the one I haven’t been able to get out of my head since I read it, and obviously it’s timely now… it’s the story of a heroin addict who was stuck in New Orleans during Katrina, which she didn’t really even realize was happening because that’s where she was at with her addiction at the time. It’s wild.

On Insomnia (December 2010), by Elizabeth Gumport for This Recording – “It is impossible to describe insomnia to people who are sound sleepers. These are the people who trust that getting in bed will be followed by falling asleep, as surely as night follows day; these are the fearless people. Sleepless people are a very different breed. They know what insomnia really is: not just the failure to fall asleep, but the fear of that failure. For an insomniac, there is no such thing as a good night. Every evening – even if it eventually, mercifully comes to an end – is shredded by anxiety. To reach sleep the insomniac must first pass through terror.”

Monopoly is Theft (October 2012), by Christopher Ketcham for Harper’s – Genuinely fascinating history of Monopoly’s socialist roots and the progressive ideas of the economist Henry George.

There’s No Such Thing As A Natural Disaster (June 2006), by Neil Smith for Understanding Katrina – “Unfortunately, shocking as it was, the tragedy of New Orleans is neither unique nor even especially unexpected, except perhaps in its scale. The race and class dimensions of who escaped and who was victimized by this decidedly unnatural disaster not only could have been predicted, and was, but it follows a long history of like experiences.”

My 6,128 Favorite Books (October 2012), by Joe Queenan for The Wall Street Journal – This guy has read a billion books and wants to read a billion more and all his thoughts about it are really entertaining I think.

Free To Be (October 2012), by Dan Kois for DoubleX – This is a really cool three-part bit on the history of Free To Be You And Me, the album that I think is partially responsible for my mom’s decision to raise us “gender-neutral.” Also I just love it.

How We All Lose (October 2012), by Roxane Gay for The Rumpus – “Books I’ve read lately have given me a lot to think about in how we approach gender, and how, all too often, we treat discussions of gender in isolation, as if gender exists in a cultural vacuum.“

In Pursuit of Puppets: A Pittsburgh Romance (2012), by Missy Raterman for Creative Nonfiction – “People do all sorts of drastic things when they find themselves stuck in a cycle where the life they are leading doesn’t add up to whom they want to be: I found myself in a dance performance, wearing a giant puppet costume on a stage at the Carnegie Museum of Natural History, celebrating Carnival.”

The Broke Broker: He’s Got Keys to the Best Apartments, But Lacks One Of His Own, by Lisa Taddeo for The New York Observer – This was a weird and interesting story? I’m not sure what to say. I appreciated the parts where he openly acknowledges the fucked-up practices of NYC brokers, like advertising for one property that doesn’t exist just to get somebody to meet you on the corner to show you a different apartment.  (There’s some random unexpected acts of problematic language in here, fyi)

Not Exactly a Hermit (Sep/Oct 2012) by Danny Heitman for Humanities – JUST HOW INTROVERTED WERE YOU, HENRY DAVID THOREAU? HUH?

A New Great Depression and Ladies On the Moon: 1970s Kids Look to The Year 2000 (October 2012), by Matt Novak for Smithsonian Magazine – “My view of the future is that we will find more gas and oil. No one will be poor and we all will live in peace! Also in the future, I think they will find some mechanical device that could make kitchens, dining rooms and etc. You’d just push a button and WHAM!! An instant living room or WHAM!! an instant milkshake. And that’s my view of the future!”