Hello people who may or may not care about tennis. Do you care about America? Still a maybe? That’s fine. It’s only relevant because the US Open is coming to a close and it’s in America I’m pretty sure. Generally I like this major more than the rest because I’m not a communist and also because there are an abundant amount of familiar faces. It’s like an alternate Cheers where I may not know everyone’s name but at least I can pronounce most of them. I assume even tennis stars have been effected by the economic downturn and they too are extremely happy about not having to board international flights, rackets and wristbands in tow. 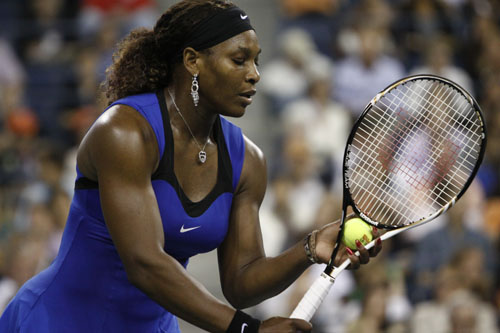 The finals for the Women’s Singles are Sunday and will see Serena Williams USA (28) take on Samantha Stosur AUS (9). The men face off Monday and have Novak Djokovic SRB (1) facing Rafael Nadal ESP (2). Both should be fantastic matches. Lots of grunting. Balls going speeds I’m not comfortable with. The usual.

The US Open is the last tennis major of the year and unfortunately overlaps with the start of college and professional football. I only said that because I hope some of you are excited about this fact. My number one feeling about football right now is Maryland’s uniforms. 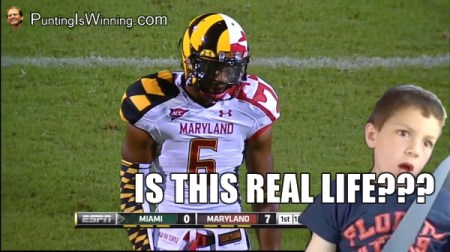 Football too slow moving for you? Then how about rugby! Our men’s side, the Eagles, have a match vs. Ireland Sunday on NBC to start their journey in the mother effing Rugby World Cup. If you’ve never watched rugby before, tune in because as we learned from our handy dandy college guide, women’s rugby is super duper gay. What better way to impress that cute flanker than complimenting her on how quick she gets off? That’s actual rugby terminology but it sounds dirty. So learn up so you too can make sexual advances disguised as sporting observations.

Are you surprised by the US Open’s results? What do you think of Maryland’s jerseys? Will you watch the Rugby World Cup?