Sometimes going back in the past to right a wrong is hard. Nevertheless, in July, Sen. Elizabeth Warren, backed by 69 of her Congressional colleagues in both houses, introduced The Refund Equality Act in Congress. This legislation would ensure that legally-married same-sex couples – who, until the U.S. Supreme Court’s 2013 Windsor decision, were barred from filing federal taxes jointly – are permitted to file amended tax returns back to the date of their marriage.

“For nearly a decade, legally married same-sex couples had to file their taxes as single persons, often paying more taxes than they would owe if they could file as married,” Senator Warren said in a statement. “This bill is a simple fix to allow same-sex couples to claim the tax refunds they earned but were denied because of who they love.”

After Windsor, the Internal Revenue Service published guidance that clarified the IRS’s recognition of same-sex marriages, and stated that married same-sex couples could amend previously-filed tax returns to claim refunds or credits due as a result of corrected marital status. It’s one more part of the groundbreaking legacy that Edie Windsor, who passed away yesterday, leaves the LGBT community. Without a legislative fix, same-sex couples who were married in jurisdictions that recognized same-sex marriage before Windsor – including Massachusetts, Connecticut, California, Iowa, New Hampshire, Vermont, and Washington, D.C. – are currently unable to claim refunds for certain years that they were legally married.

For some couples, the Refund Equality Act could make a big difference. Since Massachusetts legalized same-sex marriage in 2004, for example, couples married in the state would be able to claim credits for taxes paid over the course of nine years. The Joint Committee on Taxation estimates that the Refund Equality Act would return $67 million to taxpayers whose marriages were systematically discriminated against.

For some same-sex couples, like Lujza Nehrebeczky and her wife Joy Hayes, the legislation would be not only an extension of this validation, but a life-altering economic advantage. The new legislation would probably not apply to Nehrebeczky, because although they married in a state that recognized it at the time (Connecticut), their state of residence was and still is Kentucky, which did not. They were eventually able to do the currently allowed three years of backfiling.

“If the new law were available for us regardless of our state of residence, we would definitely take advantage of it,” Nehrebeczky said. “If we could have filed jointly, it would have been a big tax advantage for us.” For 8 years, Nehrebeczky was on a student visa, and her wife had to support her financially and co-sign her student loans, for which she received no tax deductions because she could not claim Lujza as a dependent as she should have. “When we were eventually able to file back taxes jointly, we got a large enough refund for a downpayment on our first home —11 years into our relationship. For us, being able to file joint back taxes meant significant financial relief and security.”

However, some same-sex couples would not benefit from such legislation, at least financially. Gautam Raghavan, President Obama’s former LGBT liaison, married his partner in DC in 2010.

“This is fantastic legislation,” Raghavan told Autostraddle upon learning about the Act. “In a lot of ways, there are certain benefits to filing as married jointly for federal taxes. For us, we could’ve amended our returns after the fact, but didn’t because it wouldn’t have made a significant difference.”

Because of this, Raghavan said, he told his husband there was almost this desire to keep the legacy of discrimination — and painful years of filing multiple taxes—on the record. But he also notes the lesser seen validation aspect of such legislation. 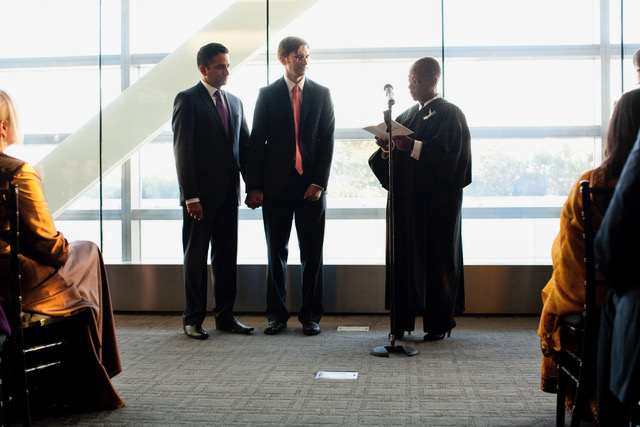 So four years after DOMA was overturned, in the face of a bill like this, has the long-standing view of marriage as an institution based in economic alliance changed? Raghavan seems to think not.

“One of the most compelling cases for marriage equality, and quite frankly civil unions, was that there were a lot of lower-income same-sex couples raising kids around this country that need the economic protection of marriage or having their relationship legitimized in the eyes of government,” he said. “I don’t necessarily see a diminished interest in the economic interests of marriage, I just think that specifically around this issue, we’re not used to thinking about what we owe society, we’re more sort of framed to think of what we were denied for many years.”

“Within and among same-sex couples the framing of marriage for folks like us when couples, where it wasn’t recognized, being denied federal benefits, was not advocacy-based but rights-based. It was about economic benefits like social security, or inheritance, or families, etc. For folks like us, we’ve sort of had this framed as we’ve been denied about 1100 benefits of marriage without anyone really talking about economic responsibilities that come with marriage. Those benefits exist for a reason because in theory, you’re creating a family and economic structure that’s benefiting society generally.”

Maybe marriage for same-sex couple is a lot of both. As Raghavan points out, The Williams Institute estimates that 35% of the LGBT population lives in the South, many with kids and many without state and local protections. The benefits of a federally recognized same-sex marriage in these areas, including health insurance, immigration status, and more, could and has meant better circumstances. 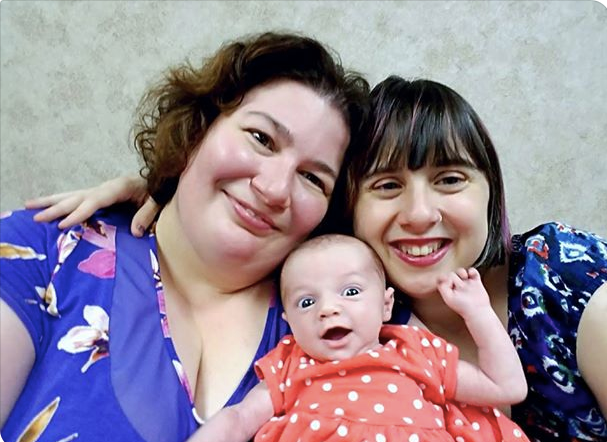 Lujza and Joy with their daughter. (Photo courtesy: Lujza Nehrebeczky)

For Nehrebeczky, the intangible benefits of getting recognition of her then eight-year commitment to Joy through extreme financial and legal hardship was essential to the ability to get married. And in terms of legal benefits, Nehrebeczky points out that they didn’t have many at the time — DOMA being overturned years later afforded them federal protections that simply didn’t exist before, including immigration as well as parental rights. This is the only time Nehrebeczky feels like federal protections don’t apply equally to heterosexual and same-sex couples.

“For example, in order for my wife’s name to be noted on our daughter’s birth certificate as the second parent, we had to provide our marriage certificate and proof from our fertility clinic that we used an anonymous sperm donor. In the case of opposite-sex married couples, the husband is automatically put on the birth certificate, even if the hospital is aware that a sperm donor was used. Even when my wife’s name will be on our daughter’s birth certificate, this does not guarantee that she will be recognized as a full legal parent in other states and countries; for that, we will need a second-parent adoption.”

As for now, The Refund Equality Act has been introduced into Congressional committee, and still has a ways to go before it may or may not come to a vote.