While Christmas movies may be depressingly heteronormative, we can always rely on folklore to provide us with a more interesting alternative. Here are four of the queerest Christmas/pagan-with-a-Christian-hat-on spirits to cut through the saccharine straightness of the season. 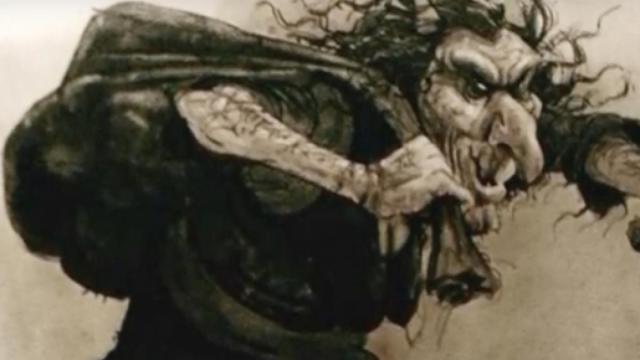 Gryla is an immortal witch who lives atop a mountain with a giant man-eating cat. I mean there’s coding and then there’s coding you know? While she has had several husbands we all know that doesn’t preclude queerness — and, well, she did kill most of them for boring her. She has a great deal of offspring and they work together during the Christmas season to kidnap terrible children in a big sack and turn them into stew. Frankly I think this is playing into hurtful stereotypes about us Gryla but you do you!

Her man-eating cat is the best part (I hope she puts it on her dating profile). A cat the size of a house that eats people who annoy you has to be the dream, though he does lose points for upholding capitalism — he only eats you if you don’t have new clothes for Yule. 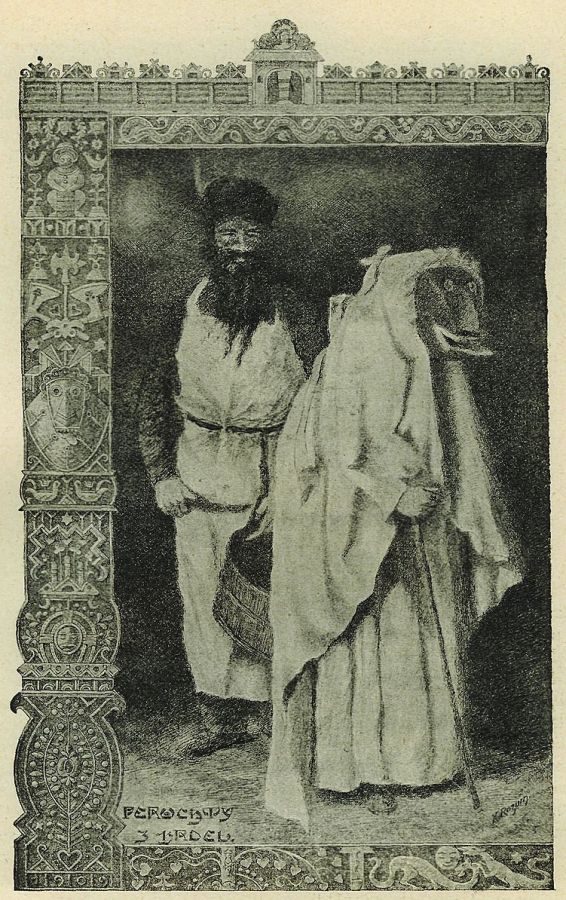 I’ll confess. I’m actually scared of Perchta. But also she’s kind of Mommi. In a truly terrifying will-replace-your-innards-with-knotted-straw sort of way. Originally not a Christmas spirit at all, Perchta comes from the German speaking part of the Alps where she led the local Wild Hunt — a supernatural human hunting society with chapters all across the Germanic and Celtic regions of Europe. These spirits would ride out, causing chaos and destruction, and generally kidnapping and/or murdering any humans who happened to cross their paths. Don’t worry though, they’re generally polite enough to stick to a set day for it once a year and are quite easy to avoid if you follow the rules they set out for not being eaten.

Perchta’s rules are very simple. Eat fish with gruel on her feast day and have finished all your spinning before she comes around. Otherwise she’ll pull your intestines out and replace them with bits of household rubbish, especially knotted up bits of straw. Harsh but fair. Meanwhile the well-behaved got a piece of silver in their shoe. At some point she transitioned from being a local goddess governing midwinter and spinning to a thinly veneered Christian figure conflated with both the Virgin Mary and St. Lucia (more on her below), even though neither of them appear to have had strong feelings on spinning or a tendency to yank people’s insides out. Appearing in either beautiful mature woman robed-in-white form or terrifying crone with a goose’s foot, Perchta just has the vibe, ya know? Besides we all know how queer women feel about the fibre arts. 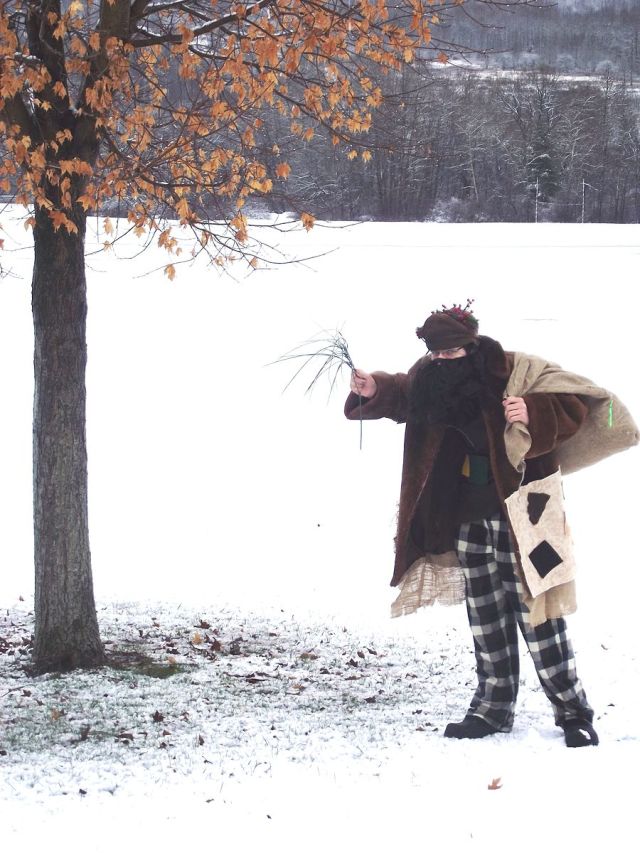 Modern day Belsnickel on his way to scare children in his travel attire, Peptobismolman1

One of Santa’s German companions, the Beltsnickle, is a gender fluid being who, alone of all Christmas figures, recognizes a fundamental truth. No one is good or bad all the time and so reward and punishment must be doled out alike. Turning up to village homes on Christmas morning, the Beltznickle’s appearance changes every time. Sometimes tall, broad and wearing a mixture of male and female clothing, sometimes clearly male or female (according to cisnormative standards, that is) but dressed in drag, the Belsnickle always wears a mask.

Upon arriving, the Belsnickle will throw sweets all over the floor and, while the children scramble for them, lash their backs with a magic switch that apparently had some good magic in it as well as, you know, being a switch. It seems harsh but considering the intestine pulling child kidnapping crew they ran with probably the Belsnickle was just trying to pacify their horrible friends with the least terrible thing they could think of. Props to you, Belsnickle.

Also there are some places where young men use this as an excuse to put on stupid costumes and run around screaming and making a nuisance of themselves but, well, men.

Lussi, Leader of the Lussiferda 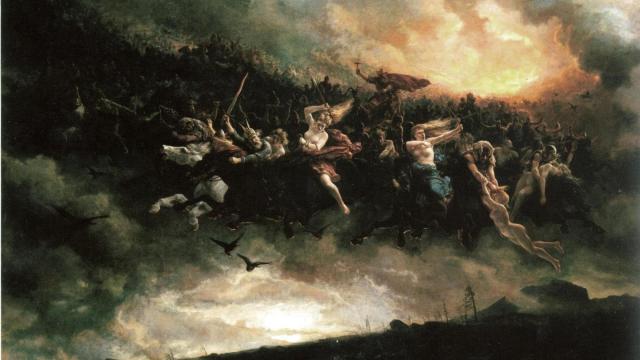 Demonic witch queens are always queer. Fact. Lussi, an immortal witch queen, rides at the head of the Lussiferda, a collective of trolls, gnomes and other malevolent supernatural creatures. On the 13th December she leads her host out on a Wild Hunt to wreak chaos across the Scandinavian countries. While this might seem like an oddly random date, under the old calendar the Solstice happened on the 13th and when the calendar was updated they didn’t bother to move the dates with it (one wonders if Lussi helpfully shifted her Lussinatt to accommodate them or if she still rides out three days later). She likes to kidnap people unwise enough to have gone outside, and enter the houses of people who haven’t finished their Christmas/Yule preparations or where bad children live to carry them away — via the chimney of course, like all good Christmas spirits. The only way to protect yourselves against her is to let teenagers hold an all-night party with every light in the house left on, which sounds exactly like something a vengeful lesbian would require respectable middle class people to do.

Some people connect her to Lilith (because women only come in Lilith, Eve and Mary forms naturally); others think she’s a demonic inversion of St. Lucia, the light bringer, whose festival is also celebrated that day. Strangely, despite Lussi fitting the profile of a pre-Christian Scandinavian spirit perfectly, no-one ever seems to consider that she might have come first and the early converts adopted Lucia’s holy day to protect themselves from her (but well, Christian bias on history is hardly a new thing). Honestly though there’s something a little gay about doing annual battle with your bright/shadow counterpart, so they shot themselves in the foot there, whichever order the ladies came in.