There’s no image more seared into my childhood memory than the one of Brandi Chastain on her knees on the pitch after the USWNT won the 1999 FIFA Women’s World Cup. Her jersey, which she ripped off after scoring the winning goal in the shootout against China, is in one hand. Her other hand mirrors it, both arms raised in victory and a scream of pure and victorious ecstasy on her face. But something huge happened before that, the thing that set Chastain up for that shot. First of all, keeper Briana Scurry — who was also the standout goalie in the 1996 Olympics, when Team USA won the gold in Atlanta — shut out China. Regulation ended in a scoreless draw. What followed was four made penalty kicks in a row, the US and China just trading goals. Then, in the third round, Liu Ying’s kick was saved by Scurry, setting up Chastain to kick the winning goal. She did, of course, and the rest is history. History that would not have been possible without Briana Scurry — even though the names you probably know by heart are Mia Hamm, Julie Foudy, and Brandi Chastain.

Well, that’s an easy one: Because Briana Scurry is a gay Black woman.

Paramount+’s new documentary — The Only, as in the only Black player and openly gay player on every team she blessed with her talents in her formative years — attempts to fill in the lines of that stark reality, and, in doing so, finally give Briana Scurry the credit she’s due for pushing women’s sports to the next level around the world. The documentary draws heavily from Scurry’s biography, which she co-authored with Wayne Coffey. And while Scurry says she didn’t notice a lot of racism growing up in Minneapolis, and tried not to pay too much attention to it even in her professional career, her USWNT teammates do not shy away from naming the oppression and persecution she’s faced. (They have that luxury because they’re white.) Julie Foudy is especially irate when she says that Scurry is the best shot-stopper she’s ever seen, and of course racism and homophobia are the reasons she never landed the kind of endorsements — or pulled in the kind of paychecks — her teammates did. 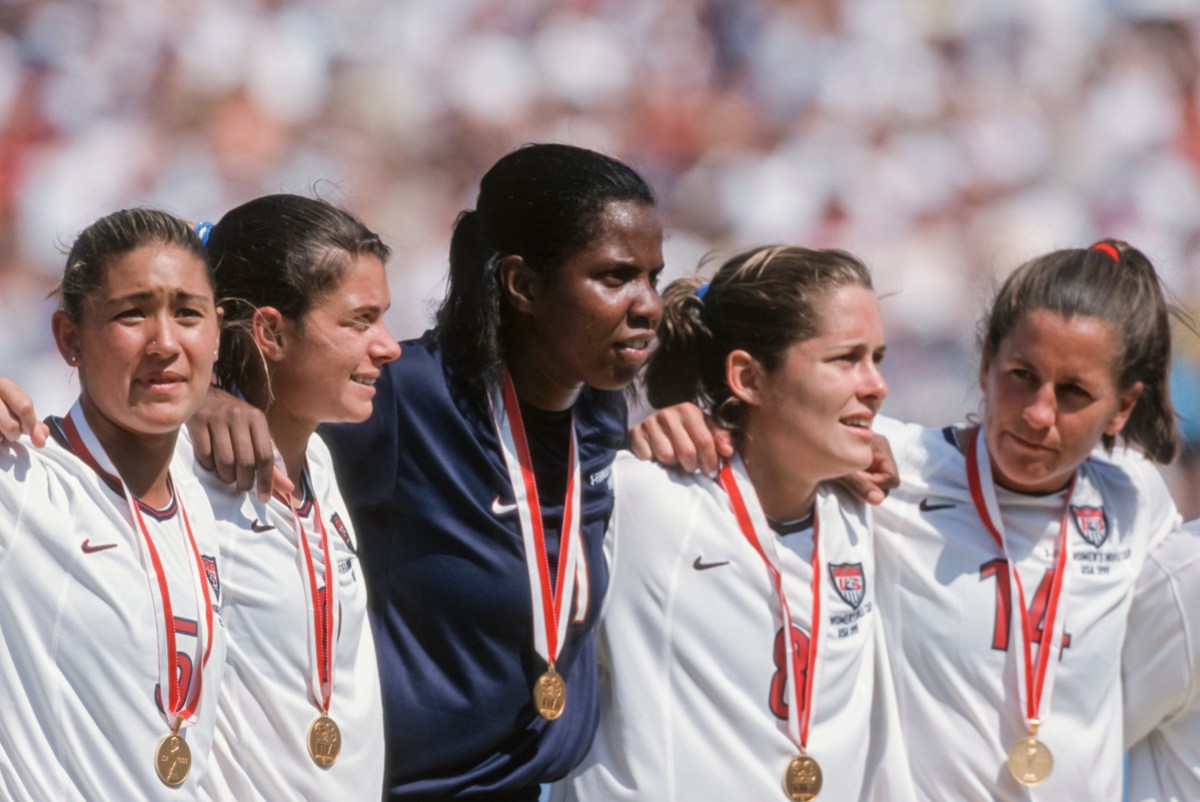 The Only also aims the conversation outside of sports. In 2010, Scurry took a knee to the head that ended her career and left her with a traumatic brain injury that also nearly ended her life. Doctors told her she was “temporarily totally disabled,” which not only caused her to spiral into a deep depression, but also forced her into major debt as she sought treatment. She shut out friends, family, and former teammates. She even sold her gold medals to pay her medical expenses. Scurry doesn’t shy away from any aspect of her story; she even addresses the accusations China made that she cheated in the 1999 World Cup (“It’s a decent question,” she says, “but the referee was right there”) and the hit Hope Solo took on her when she replaced Solo in the 2007 World Cup (“I felt very upset and very angry”).

I didn’t expect The Only to give as much time to her disability as it did; it was a welcome surprise. We hardly ever get documentaries about disabled athletes, especially athletes who exist at the intersection of so many different oppressed identities. And the documentaries we do get are usually either inspiration or tragedy porn. The Only treats Scurry’s traumatic brain injury with the gravitas it deserves, without ever sensationalizing it or leaning into ableist storytelling tropes. It also celebrates her triumphs outside of goalkeeping, after the injury, without minimizing the enormous amount of effort, emotional tenacity, luck, and money that went into her healing journey. It treats her like a human with a very human injury, not like a cog in a sports machine that stopped functioning properly and had to be replaced. As someone reforming my own identity at 43, in the face of an unexpected cognitive disability, I can’t even express how much Scurry’s candid vulnerability meant to me.

Today, Scurry is happily married to Chryssa Zizos, CEO of Live Wire. She’s in the National Soccer Hall of Fame (the first Black woman and goalkeeper to be inducted). And she’s the First Assistant Coach of the Washington Spirit. Her story is one of triumph after triumph, despite all odds. But as I was watching, I was also struck by how often we continue to have these conversations. If Brittney Griner wasn’t Black and gay, would she be home from Russia already? If DeWanna Bonner and Alyssa Thomas weren’t Black and gay, would they have the same kind of endorsements as Ali Krieger and Ashlyn Harris? If A.D. Durr wasn’t Black and gay would they have been forced out of New York and shuffled to Atlanta, written off as a casualty of Long Covid? It seems pretty obvious to even a casual observer that the answer to these questions is: Yes. Of course things would be easier and more lucrative for these professional athletes if they weren’t constantly facing down homophobia and racism.

Scurry’s legacy, however, ensures that these women not the only gay Black players on their teams and in their leagues and in their sports. She changed everything, and her name deserves as much reverence as Chastain, Foudy, and Hamm.