During one of my embarrassingly frequent “southern lesbian” google search binges, I ran across an essay by Audri, a gay teen hailing from Mississippi:

I want to stay in Mississippi for college. There’s gay flight in Mississippi because everyone thinks it’s so horrible so they leave. And nothing ever changes when all the gay people leave. And conservative people will never be used to a butch lesbian holding another girl’s hand, or two guys holding hands if they don’t see it.

That was in August. For two months, Audri’s words haunted me. Several weeks ago, they were pushed to the forefront when I returned to my hometown in Georgia.

You see, I was one of those flighty gays who left.

For me, leaving was remarkably easy. Because I am educationally privileged, university was my ticket out of Dodge. Scholarships and grants not only funded my tuition, but my exodus. Additionally, getting out was simple because I’d never been truly attached to that tiny town I once mistakenly called “home.” I had few relatives and even fewer friends living there; neither of my parents were even natives of the state. I never had to painstakingly uproot myself. My heart and soul were never planted there to begin with.

Of course you want to visit the place that shaped the girl you’re in love with, watch all her stories spring up around you, and you get to walk right through them. You just don’t realize how you have to undo yourself to walk down the streets.

I returned to northern Georgia, if only briefly. And maybe it was what Audri said, or maybe it was the fact that my mama is the only person capable of coaxing my twangy accent out of hiding, or how the word “gay” is only used as a slur in my hometown. Or maybe it was some combination of the three. But I realized something important: Telling queer people to leave their conservative hometowns for the sake of being treated with common decency is not good enough. Maybe you’re like me. Maybe you’re on a constant search for the place that’ll make your heart perform backflips. Maybe your hometown isn’t your real home. That’s great. 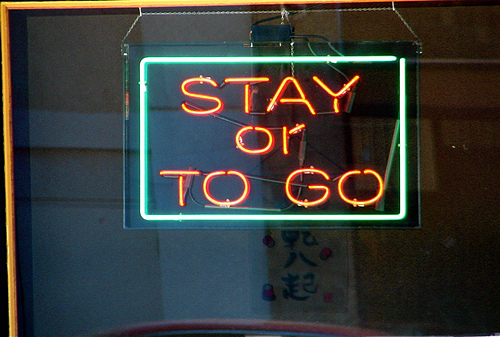 …But maybe it is. And that’s great, too.

Rural communities are all about staying power; their residents tend to greet familiar faces with warm smiles and tight embraces, while throwing caution and raised brows to newcomers. It’s not unusual for a family to reside in a house for generations, or reference the long-gone as if they were just sitting at the kitchen table the day beforehand. The connection to the land itself is often as intense as those between residents. Sometimes, you spend so many years breathing the atmosphere of a place that you find yourself exhausted and winded when you spend time outside of that comfortable bubble known as “home.” If you were to ever leave, you would break so many hearts, including your own.  This is the essential conflict of being queer in a small, conservative town: Should you chose to live openly and unapologetically, you might be rejected by the very people and things you’ve spent 14, 2o, or even 47 years loving. You might even come to resent the place for the same reason you love it: It never changes.

For a while, the internet was my home. I began coming out when I was on the cusp of starting high school, at the age of 14. For the next four years, the web was both teacher and therapist; it dulled the silence of isolation and fear and reassured me that I was not alone. It also told me that there were lesbians out there who looked more like me and less like the local EMT lady who’d never been married. We were diverse and plentiful. I existed; we existed. 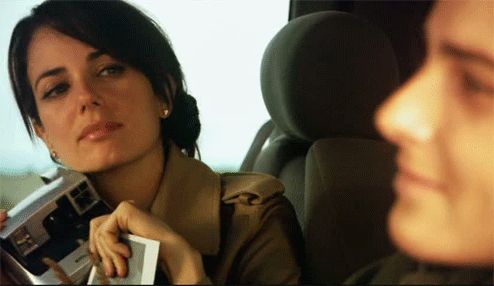 Yet every gay resource I encountered — from The L Word  to blogs to those seedy old MSN chat rooms with more straight men than lesbians — indicated that I should get the hell out of my intolerant hometown, population: 8,000 homophobes. The message was subliminal but clear: Leave. Move to a bigger city. There’s a big, lesbian world awaiting you on the other side with open, intricately tattoo’d arms.

If you’re reading this and are currently in love with a tiny place that hasn’t loved you back yet, I want you to know that this is okay. You are not small-minded, unworldly, or masochistic for dismissing the silly myth surrounding the mutual exclusivity of gay life and city life. I want you to also know that, contrary to everything I’ve said so far, it is possible to inspire change and build community in your own neck of the woods. You’re already doing it by holding your ground. The world needs people like you; the world needs Audris. I want you to know that this flighty gay is here for you. I’m not speaking as a saint here, but a Southerner; someone who knows her way around a three-redlight town. I may no longer breathe the same rural air that you do, but my lungs remember it. LGBT solidarity is not locational. It transcends those borders. And if anyone ever tells you to move to a bigger place because it’s easier, bless their hearts and tell ’em they’re doing allyism wrong.

Many queer community conceptions of place equate rural towns with dearth and death. In my own experience, there is some deeply difficult truth to this. However, the flipside of that equation is that cities are believed to home the only resourceful and relevant populations of queer communities, and rural queers are expected to make exodus to the great glittering cities to seek validity and assimilate, regardless of where their grandparents are buried, or what particular shade of light or stink of marsh mud their heart leaps to. 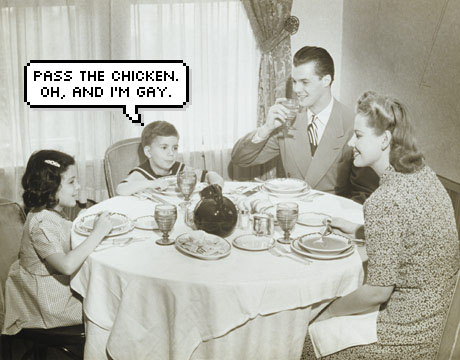 A common saying heard during my childhood was, “A true lady never talks religion or politics.” Yet much of progressive activism hinges upon doing just that. Whether your goal is coming out to a new person or starting a queer-straight alliance at your high school, you’re gonna have to eventually speak up. And in doing so, you might feel a little bit insane, particularly if you’re the first of your kind. You may even question your own cause. While I was told to never talk about religion or politics, I later realized that this only applied to belief systems which deviated from those of the majority. Your opposition’s reaction will be two-fold: First, they will ignore you in the hope that you will go away. Someone may tell you that, “We don’t have a gay problem here.” Once your critics realize that you aren’t going anywhere, they will react in terror. You may be painted as a radical. Your sexuality may be equated with promiscuity and immorality, which may make your school’s administration even more reluctant to approve such an endeavor.

I say these things first not to be a total Debbie Downer, but because this may be the biggest uphill battle of your life. Knowing how your homophobic and transphobic opposition will attempt to wear you down is equally as critical as knowing what you’re fighting for. 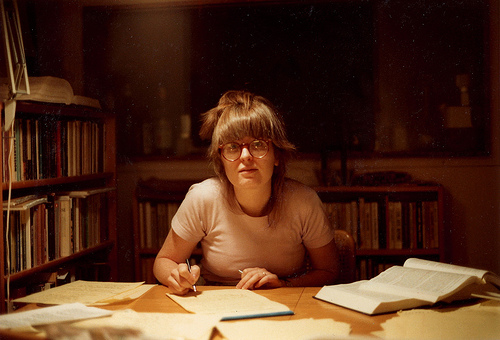 Before you seek out an adviser or speak to your principal, have a game plan. Know what you stand for. Be able to talk about why you’re so darned deadset on doing this seemingly impossible thing, and be able to thumb off your rights if necessary.

While The Education of Shelby Knox reminds us that Queer-Straight Alliances in high schools can be ruled unconstitutional if they violate a district’s abstinence-only (read: sex[less] education) policy, the federal government also protects QSAs from discrimination:

What this basically means is: If your school has a chess club or a chapter of Fellowship of Christian Athletes, it’s legally obligated to recognize your organization, too.

Educating others is just as important as keeping yourself clued in. In small towns, word of mouth travels faster than 4G internet. As someone taking a stand, this is something that can work in your favor. Some of your peers might begin taking those first curious and tentative steps toward allyship or coming out, and it’s good to have resource packets on hand for them, as well. GSA Network has a lot of really solid resources available for printout. LGBT Teaching Aids’ comprehensive queer vocabulary list includes All Of The Terms, from pronouns to acronyms. It’s a great primer when working to create safe spaces. When building an info packet, I recommend compiling a nice mix of concrete resources and fun stuff, like personal essays by LGBT folks or even a Get Baked post because no one — not even your haters — can turn down comfort food like peanut butter cookies and homemade blueberry ice cream.

When fostering community in reluctant spaces, it’s important to remember to take care of yourself first and foremost. Good leaders understand the merits of self-care. Are you fortunate enough to from an accepting household? If not, do you have a place to go if the shit were to hit the fan? Being actively out of the closet while also having a secure roof over your head is definitely a privilege. Before you do community, you’ve got to do you.

If you have all of those things in place, make sure that the members of your organization have those same safety nets in place. If a member requests anonymity and discretion, respect this. Trust their decisions, and they’ll trust you in turn.

If you or the people you know are still experiencing discrimination in any form, there are places to turn, from your nearest ACLU affiliate to GSAN’s legal resources, and HRC’s hate crime department.

This is not about bombarding you with a slew of phone numbers and links. It’s about keeping you and yours safe. It’s important to acknowledge that fucked-up things can and do happen to rural queers, and they’re more inclined to go unreported simply because smalltown community leaders reek of bigotry; you say nothing because you’re “used to it.” 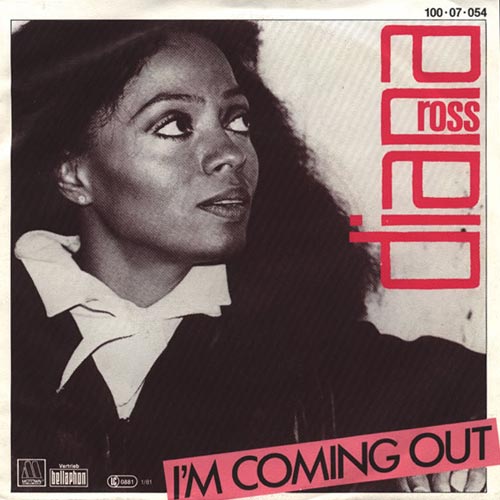 If you have the ability to be out at home, you’ve got to make that shit so personal that it burns. Where there’s disinterest in headlines and percentages, there’s bound to be an obsession with the anecdotal; stories about one’s day, often paired with colorful language, are staples of working class conversation. The mundane both comforts and inspires thought. Just like you’ve never really seen gay people outside of the local EMT lady who’s never been married, neither have the people surrounding you. You can yell statistics on LGBT teen suicide until the cows come home, but these will never evoke the same amounts of empathy that living openly does. Numbers, even when attached to critical statistics, are cold and sterile. Your behavior and the way you love will always speak louder than words.