Hello queermos! I have now reoriented myself to the real world, a world where I’m not an election machine for 17 hours. A world where I can eat food whenever I want to eat food and can actually get up and walk around and where we have the president that supports the LGBT community, four wins for marriage equality at the ballot, a sound defeat for rape-apologist politicians and a lesbian in the Senate. It’s a pretty good world.

I was surprised by how quickly the election was decided. I expected the Ohio count to go on forever and ever and couldn’t believe it when it was over so fast. I had been holding content for later in the night and had trouble getting in touch with Brandy Howard of the esteemed Brandy and Julie in Your Box Office, our straddler attending the Chicago Victory Party. But we promised you pics or it didn’t happen. So here’s all the pictures I had been intending to post of Brandy. Thanks Brandy! 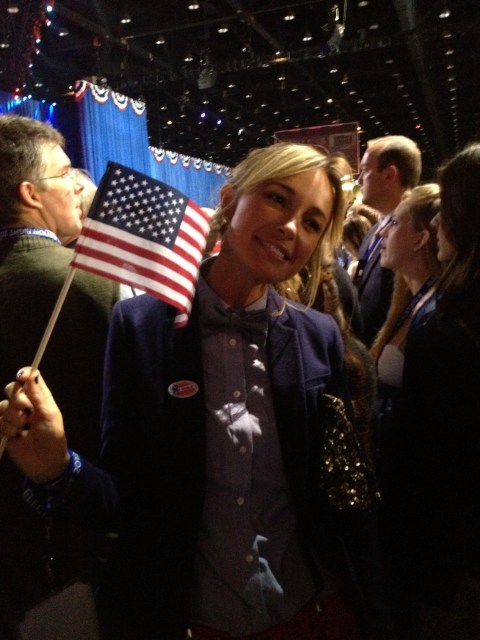 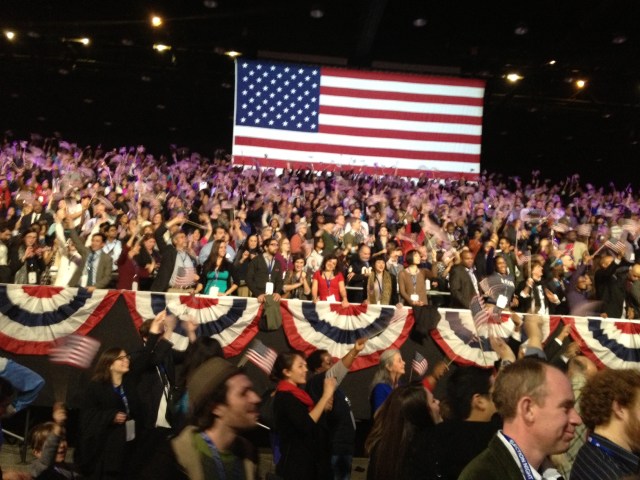 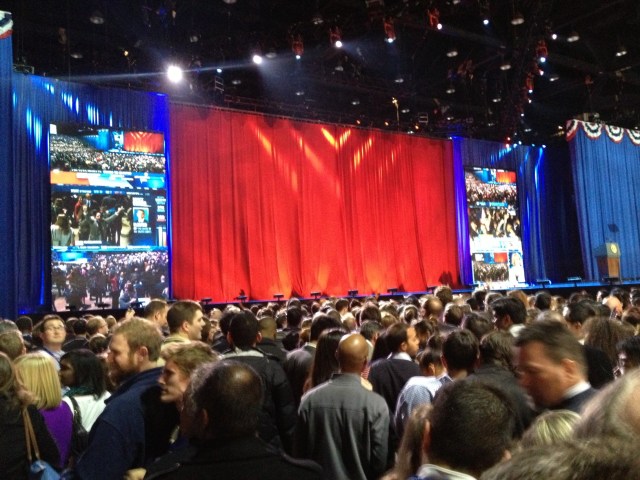 In closing, Autostraddle Reader Alicia sent over this quote from an article on the Awl. She said, “I don’t think this could be anybody BUT Brandy.”

“Stopping to have her picture taken, a girl in red skinny jeans, a blazer, and a bowtie crossed her legs and leaned slightly back to be photographed the way starlets do. I’d never seen anyone do that before in real life.”

STARLET BRANDY HOWARD, FOLKS! If this was her, she was almost certainly getting her picture taken for Autostraddle. 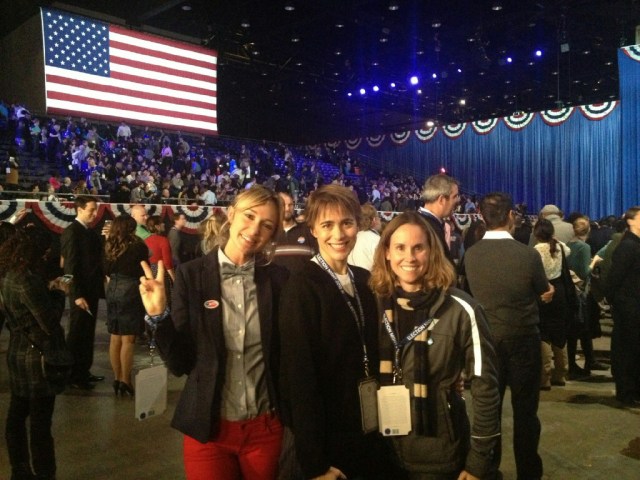