This morning a teaser trailer dropped for Prime Video’s A League of Their Own reboot series, and I let out a scream that broke at least three sound barriers.

Oh did you forget that Prime Video was rebooting the 90s gay cult classic to finally officially make it gay?? Starring Abbi Jacobson, D’Arcy Carden, Chanté Adams, and Roberta Colindrez — with a pilot directed by But I’m a Cheerleader icon Jamie Babbit?? With a promise to “take a deeper look at race and sexuality”?

Well, I DID NOT FORGET!!! Because A League of Their Own is singularly the most important movie of my gay childhood and nothing will matter or exist until August 12th, when this television show gets on my screen.

So how are we coping at Autostraddle? WE ARE NOT WELL!!!

Carmen: I’m on the phone with my insurance company so I haven’t watched this yet and I am dyyyyyying.

Carmen: UPDATE I FINALLY GOT TO WATCH THE TEASER
AHHHHHHHAHDHFAHFAHHHH
WELL
OMG
WELL
I MEAN
WELL
I
I CANNOT
I’M MAYBE REALLY DYING

Kayla: I have watched it 7 times ajkdjsakldj

Carmen: I almost sent y’all an audio recording of me screaming tbh.
I am unhinged at this point.

Riese: omg sliding into the base making eyes with the catcher 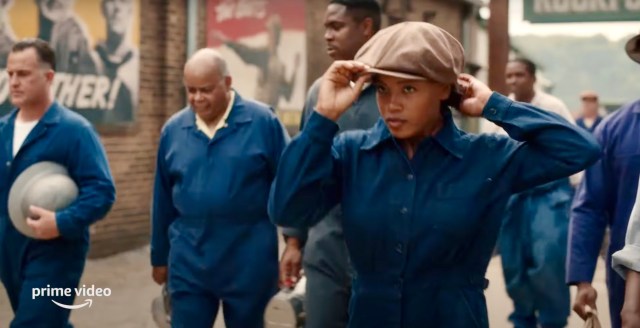 Carmen: WAIT BUT WHEN SHE THROWS THAT BALL AT THE END

Riese: Oh I thought that part was for me personally, I didn’t know that was in everybody’s trailer.

In conclusion, I have yet to watch this trailer without shaking the table. Please respect my privacy at this time.