The Good Fight has been barreling through its sixth season, doing all the things this series does best: stellar performances from powerhouse actors (Phylicia Rashad, Andre Braugher, and John Slattery are notable additions this season), bizarrely memorable one-off side characters, and a general air of narrative and tonal chaos. I’ve never before seen a show as simultaneously sincere and sardonic as this one. It exists in this constant paradox, its characters complex and even sometimes contradictory but in a way that ultimately feels real and not like lazy writing. The whole point of this show is to feel extremely of-the-moment, and that can sometimes result in episodes that veer into cringe territory by boiling really complicated political and cultural contexts that we’re literally currently living through and grappling with into a digestible hour-long television format. But when it does hit the mark, whew does it hit. The Good Fight knows what it is, and what it is is actually one of the most accurate televisual reflections of what it feels like to exist in the world right now. It’s confusing, scary, and always shifting. Violence, racism, policing, and surveillance are baked into all parts of life. Far-right political movements once framed as fringe are gaining more and more power. Systems are broken beyond the possibility of reformation and need to be blown up altogether. Season six of The Good Fight makes all of these things very explicit.

This has been a pivotal season in particular for second-year associate Carmen Moyo (Charmaine Bingwa), who has been wandering deeper and deeper into the morally murky waters of Reddick and Associates as she becomes increasingly entangled with some of the firm’s criminal kingpins. But increasingly, it seems like Carmen is on perfectly equal footing with some of these nefarious players. She knows how to play their game — almost too well. Carmen is a bit of a scary mystery, and that reminds me of one of my favorite television characters of all time, also from the same narrative universe as The Good Fight: investigator Kalinda Sharma. And as it turns out, Carmen and Kalinda do have something very important in common: THEY’RE BOTH QUEER.

A morally complicated queer character who likes to play power games? Sign me right the fuck up. The more we peel back the layers of Carmen, the more of an enigma she becomes. There have been a few scenes set in her apartment this season, and it looks like this:

What on earth is going on here???? A nearly empty, unfurnished, undecorated apartment with a frameless mattress on the floor???? Carmen lives her life like she’s always ready to run, and I simply need to know why!

Under that lump on the floor, Carmen is frolicking around with a woman who emerges with a mop of dark curls.

My genuine first thought upon seeing that mop of curls was: IS THAT MARISSA GOLD?

And folks, it is not, but I was not alone.

Carmen is dating a Marissa lookalike. Jay immediately points this out to Marissa when Carmen’s girlfriend shows up at the office. 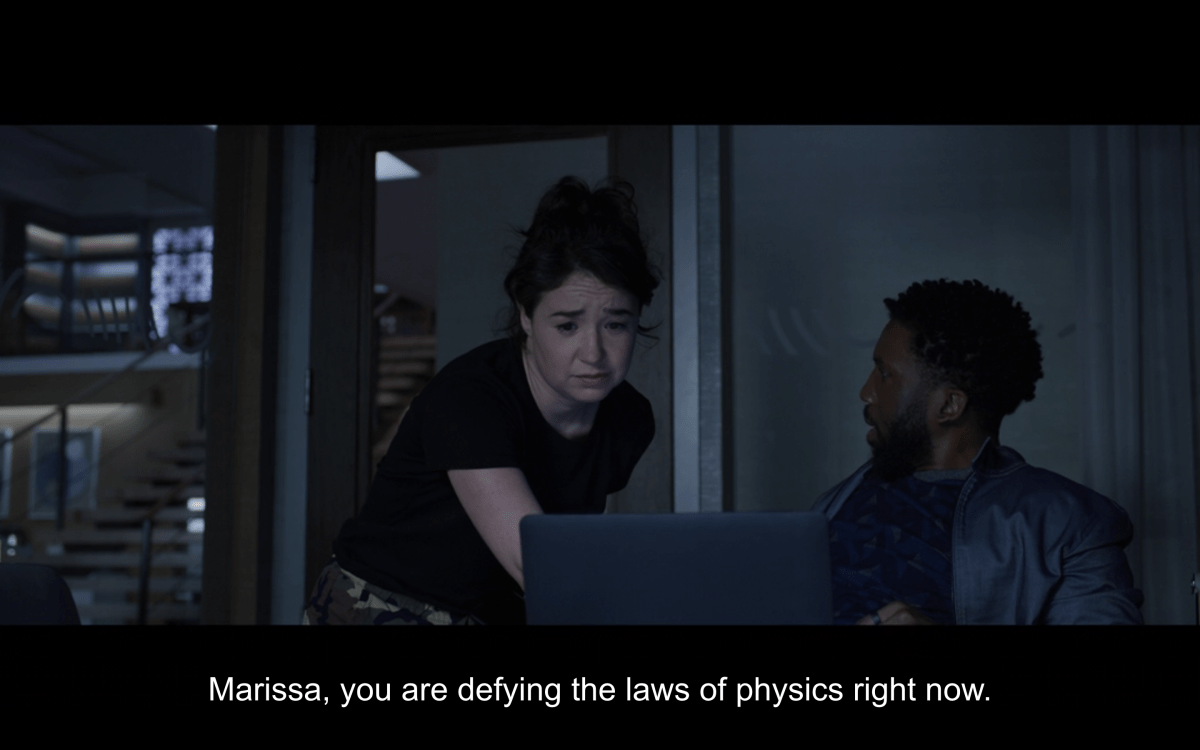 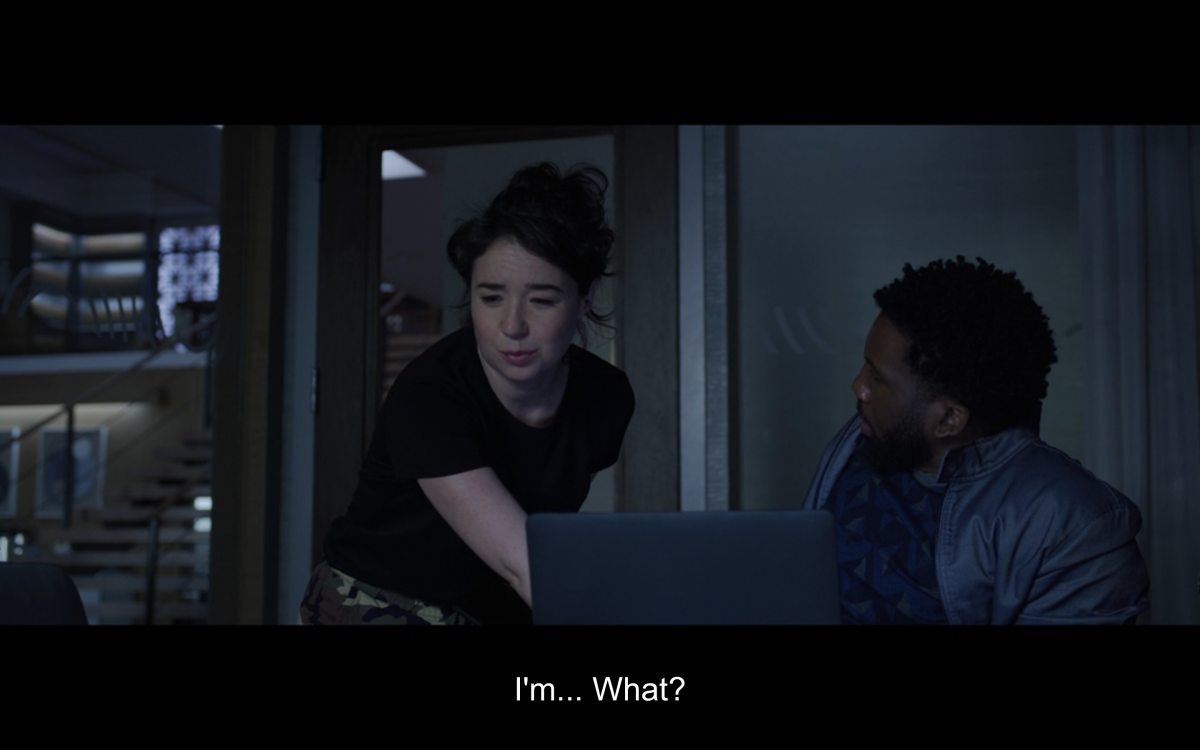 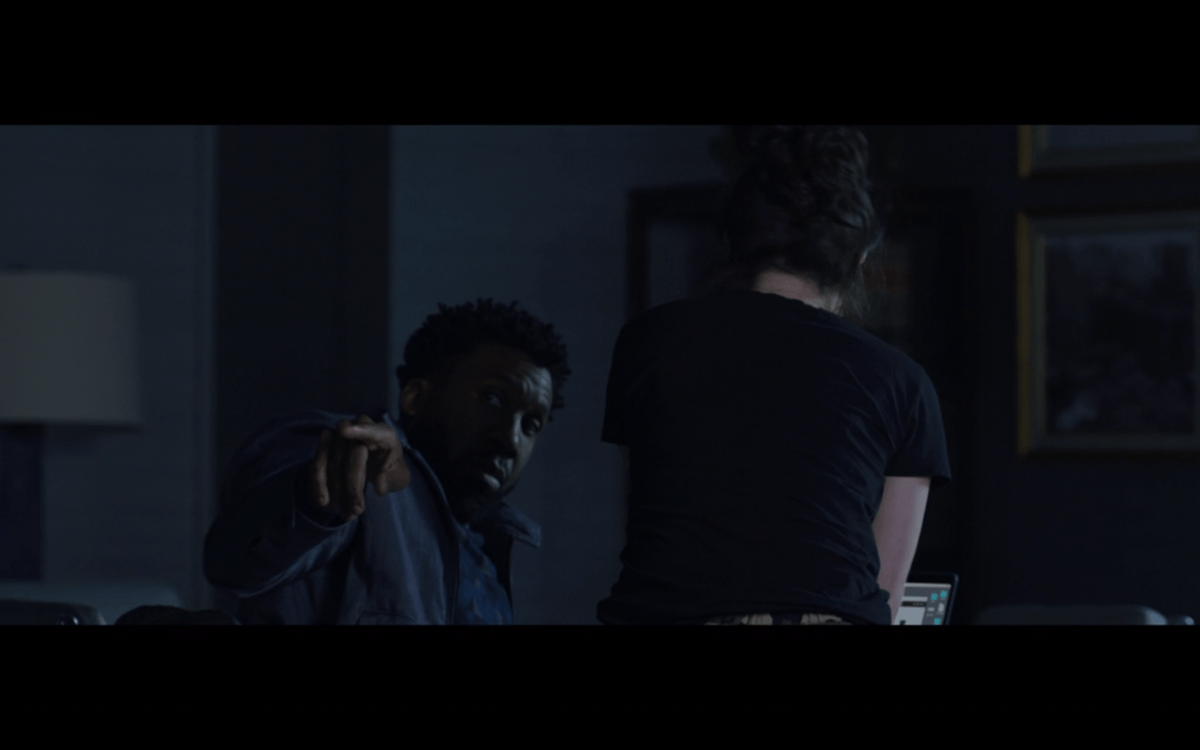 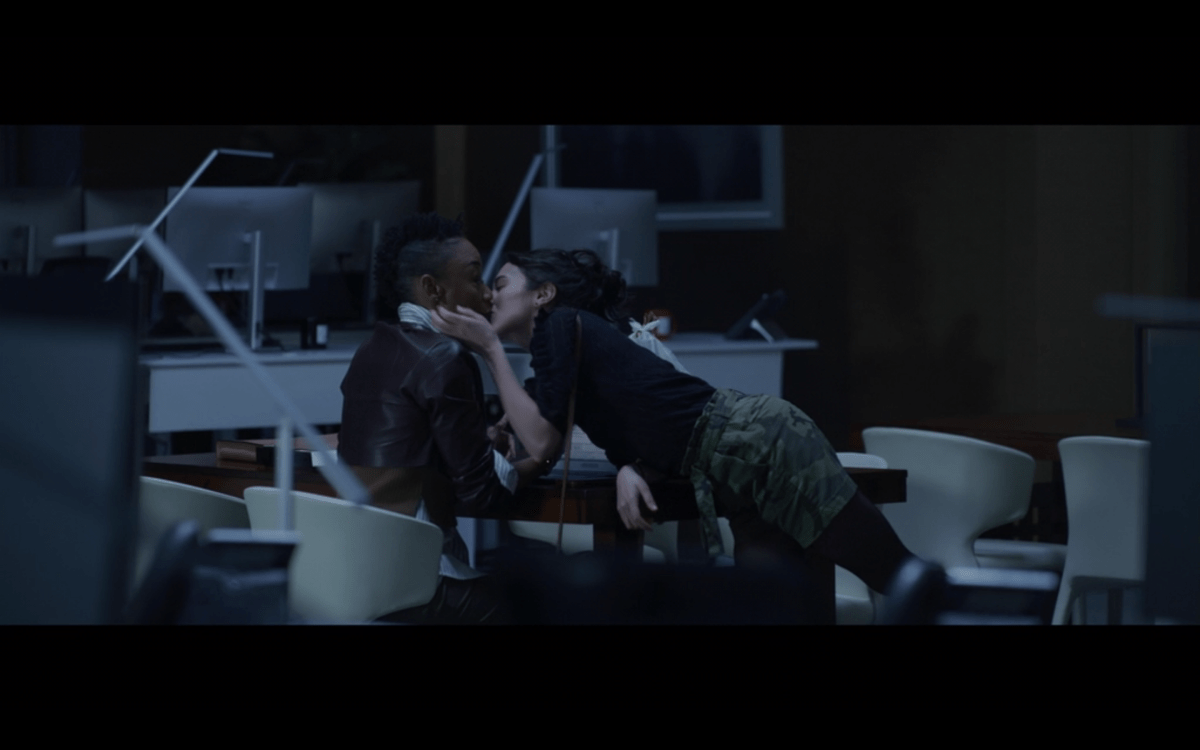 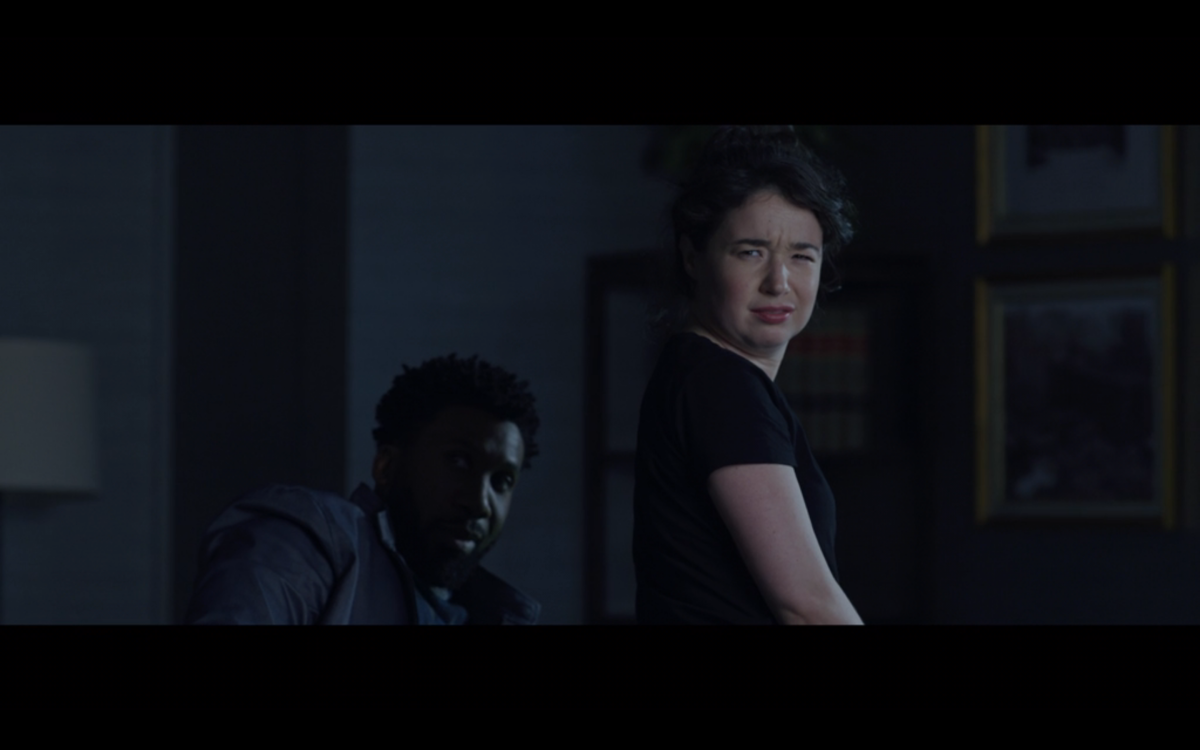 The Good Fight is so good at conveying absurdity at all levels — whether in the over-the-top form of Diane’s increasingly wild hallucinations this season or in the everyday form of your friend dating someone who looks exactly like you.The Good Fight‘s sense of humor can really go off the rails, but it’s is sometimes as straightforward as this. It’s weird that Carmen is dating a Marissa doppelgänger, but it’s also normal-weird. And it’s gay as hell. Complicated relationships between coworkers are the source of a lot of The Good Fight‘s interpersonal drama — and The Good Wife‘s before it — and this is a very specific take on that. It’s such a small subplot within the packed episode, but it stands out as something just slightly surreal. Coupled with Carmen’s sparse apartment, it’s actually a little unnerving. Who is Carmen and what does she want?

We don’t learn much about Marissa 2 aka Mindy other than the fact that Carmen apparently keeps her at a distance from her work, which Mindy does not seem to love, but hey, considering the company Carmen keeps these days, she’s probably protecting her! Mindy teases Carmen, asking if work doesn’t know she’s gay, and Carmen replies: “They don’t know I’m anything.” I read this as Carmen indeed wanting to be a bit elusive to the people around her but also possibly being a little adverse toward explicit labels, much like Kalinda was.

Marissa, being Marissa, of course approaches her lookalike and names what everyone’s thinking. Carmen’s at a distance, watching them nervously. And, I mean, they are literally wearing the same pants:

Mindy agrees with Marissa that they indeed look similar and then reveals she’s not at all happy about it, which, okay, I do find it hilarious that Carmen is dating a Marissa 2, but I think Mindy is being a little silly thinking that automatically means she wants to fuck Marissa. My reaction to her sudden flash of jealousy is the same as Marissa’s:

I hope we haven’t seen the last of Mindy, and I hope we keep peeling back Carmen’s layers, even if they only open up more questions.