Welcome to Idol Worship, a biweekly devotional to whoever the fuck I’m into. This is a no-holds-barred lovefest for my favorite celebrities, rebels and biker chicks; women qualify for this column simply by changing my life and/or moving me deeply. This week I’m hitting up the speakeasies with Zelda Fitzgerald.

I was distraught when I read about 2013’s The Great Gatsby missing the mark on the flapper.

Baz Luhrmann’s adaptation of F. Scott Fitzgerald’s novel of the same name has inspired a resurgence of twenties-inspired clothing, as well as inspiring the most consistent and multi-faceted set of synonymous advertising campaigns probably of all time. Seriously, we all know this movie is a thing, right? Because if they haven’t shoved it down your throat at the bus stop, in your favorite fashion magazine, or on television yet you probably just don’t even go here.

Gatsby is responsible, then, for a cultural remembrance of what defined The Roaring Twenties: parties and bullshit. With glamourous clothes, illegal booze and a short skirt on top, the film is dripping in nostalgia for prohibition and the sensual and secret lifestyle of the speakeasies. Yet the adaptation lacks true appreciation for the impact one of its most iconic characters had on this world: The Flapper. And the main cause is that the novel inspiring the film had the same problem. (The problem with both is the male gaze but let’s not get too depressed.)

The flapper movement wasn’t simply a fashion trend, as Emily Spivack at Smithsonian.com’s Threaded blog explains; it was a full-blown, grassroots feminist revolution.

First, these flappers ditched the constraining, skin-covering clothes of their Edwardian mothers… These young women would load up with affordable costume jewelry and take their newly invented lipstick tubes and compacts out with them to speakeasies, where they would smoke, drink hard liquor, listen to jazz, and dance the Charleston, the Black Bottom, or the Lindy Hop, dances considered sexually provocative… They dated casually, flirting, kissing, and even had sex with men they had no interest in committing to…

She rejected the notion that women should be submissive and keep to their “separate sphere” of the home. She proved that women could work and live independent from men—and party just as hard. She opened up new conversations about dating, sexuality, and sexually transmitted diseases. Along with all those feminist hallmarks, she also created a new, more demanding beauty standard for women that requires wearing makeup, tanning, and dieting and exercising to stay lithe and youthful.

Keep all this in mind while you watch the new “Gatsby.” Like the 1926 Sears catalog, Hollywood is exploiting an ever-popular cultural phenomenon to sell you something. But these vain, manipulative characters wrecking havoc onscreen in their fabulous Prada shifts are not the true flappers, the ones who made the world as we know it. 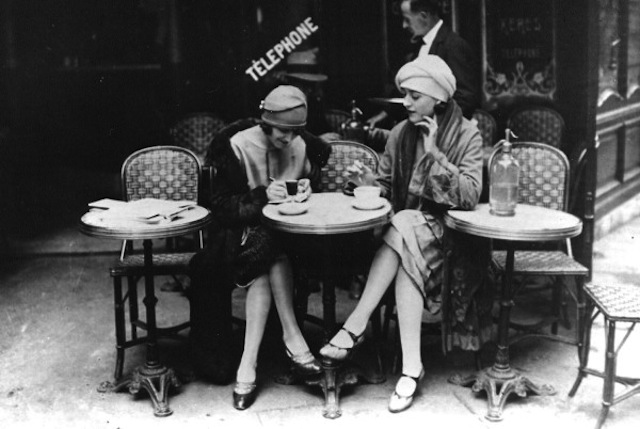 This is pretty devastating news considering how amazing the legacy and history of The Flapper really is. Flappers were a clique you didn’t wanna fuck with: girls who drank, danced, socialized, slept around, wore short dresses – and all when it was not fashionable, or marketable, or easy. They lacked shame and a sense of decency, went out alone at night, embraced androgyny, lit their own cigarettes, and looked flawless while doing it.

Flappers, who ironically found themselves often at odds with suffragettes, embodied women’s liberation by stepping out into the world and simply doing them, and whoever else they were interested in doing because, I mean, c’mon, #YOLO!!!

The Great Gatsby was one of the only books I actually read when it was assigned to me in high school. I wanted to really explore the time through the imagery and the people and the voices; I was intrigued as a young girl by the cute and sexy rebellion that was The Roaring Twenties, the powerful femininity that you could still smell, reeking off of every sequined dress. In a world currently populated by party girls with brains and bravado, one must appreciate the originals.

And one can’t appreciate flappers without appreciating Zelda Fitzgerald. 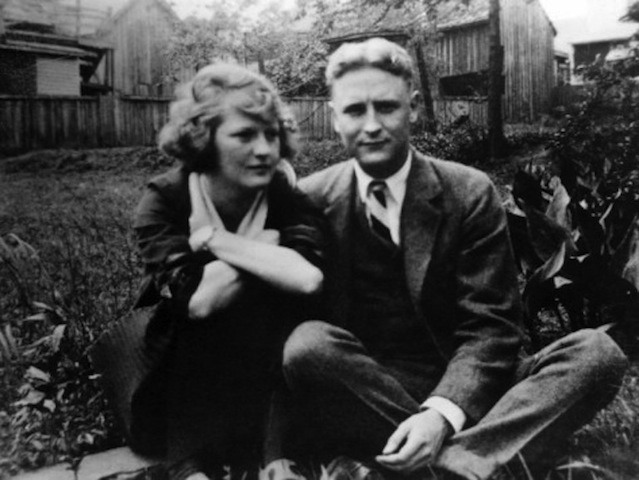 Born July 24, 1900 as Zelda Sayre, she married F. Scott Fizgerald in 1920 in what was an instant celebrity union. The couple’s exploits fed the tabloids of the time, following Fitzgerald’s eventual descent into alcoholism and Zelda’s struggle to stay afloat under the pressure of the media spotlight and her relative inability to establish her own space in history. They set a stylistic and cultural standard for the times.

Of being a flapper, she wrote:

The Flapper awoke from her lethargy of sub-deb-ism, bobbed her hair, put on her choicest pair of earrings and a great deal of audacity and rouge and went into the battle. She flirted because it was fun to flirt and wore a one-piece bathing suit because she had a good figure, she covered her face with powder and paint because she didn’t need it and she refused to be bored chiefly because she wasn’t boring. She was conscious that the things she did were the things she had always wanted to do. Mothers disapproved of their sons taking the Flapper to dances, to teas, to swim and most of all to heart. She had mostly masculine friends, but youth does not need friends—it needs only crowds.

The partnership between the reigning couple of The Roaring Twenties was, at its best, a wild and intoxicating romance, and at other times a devastating and public fit of fury.

The Fitzgerald marriage rather predictably suffered from a gender imbalance: Zelda wanted to be known more for her individual capabilities and talents – for her own mind. She had been the inspiration for Fitzgerald’s Daisy in Gatsby, and he had used excerpts of her diary writings in his pieces. Her work had even been published in magazines widely throughout the twenties. Yet she was unable to break out of his shadow and be appreciated for her own writing and unique voice. In  1922, she wrote:

To begin with, every one must buy this book for the following aesthetic reasons: First, because I know where there is the cutest cloth of gold dress for only $300 in a store on Forty-second Street, and, also, if enough people buy it where there is a platinum ring with a complete circlet, and, also, if loads of people buy it my husband needs a new winter overcoat, although the one he has has done well enough for the last three years… It seems to me that on one page I recognized a portion of an old diary of mine which mysteriously disappeared shortly after my marriage, and, also, scraps of letters which, though considerably edited, sound to me vaguely familiar. In fact, Mr. Fitzgerald—I believe that is how he spells his name—seems to believe that plagiarism begins at home.

The marriage between F. Scott Fitzgerald and Zelda Sayre relationship dissolved publicly and abysmally in 1929, with Zelda in a mental institution. In 1932, she published Save Me The Waltz, written during her stay. The book was a semi-autobiographical story of their failed relationship; her ex-husband responded by publishing his side of the story in 1934, with Tender is the Night. Later on Zelda pursued painting, but reception was less than positive. She died in 1940.

Zelda Fitzgerald was a woman born to tell a story. Although her own story is one of a struggle to be seen, it is clear she left an imprint on our shared cultural history, setting the standard for a movement that birthed some of our most integral values: sexual freedom, general badassery, and alternative lifestyle haircuts. Inspired, self-righteous, and full to the brim with equal parts ego and prowess, she described herself as acting “without a thought for anyone else.”

“I did not have a single feeling of inferiority, or shyness, or doubt,” she added, “and no moral principles.”