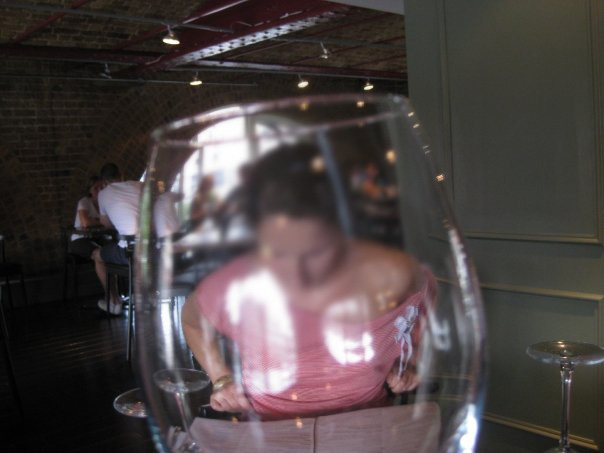 The women I kiss like to drink red wine: in clear crystal, in Mason jars, in paper cups. I watch them smile as they lift the glasses to their mouths. When we’ve been chatting for a long while and it’s late summer and the light is low, their teeth tint purple and their lips — always freshly licked, good to the last drop – are stained dark.

“You’re flirting with me,” I said to one, who was.

She looked at me over the rim of her glass and agreed she was.

She kept looking at me, directly in the eye, daring me to look away first, and took a sip. Then another. And a third. About a minute later, I’d learn she tasted like cabernet and also summer wind, an intoxicating combination that’d pummel my own body but in hers was just… earthy and feminine and familiar.

In that life, I’m twisting caps off Pinot Grigio bottles and I’m drunk, I’m alone and I’m lonely, I’m the freest bird in the cage. There is wine but there are not women, there are only blurs and shapes and hands and mouths and tears.

There is wine because there always was wine, there was wine when I was baptized, there was wine every week that was called “blood” and I was to drink it; that wine was part of my journey to salvation, the priest said.

Aside from hard alcohol, wine is the easiest way to get drunk, as any teenager with an affinity for Boone’s Farm can attest. We drank it as underage college students because it felt grown up, not tasting it but gulping it down, wishing it were sweeter, wishing we were older.

We thought then too that the wine could save us, rescue us from boredom and studying and looking too closely at pieces of ourselves coming into focus. Wine helped keep those pieces fuzzy and submerged; if I couldn’t see the depression clearly, if I couldn’t name the anxiety accurately, it wasn’t happening to me, it was just a bad night out, I was just wine drunk, you know how that makes me cry. 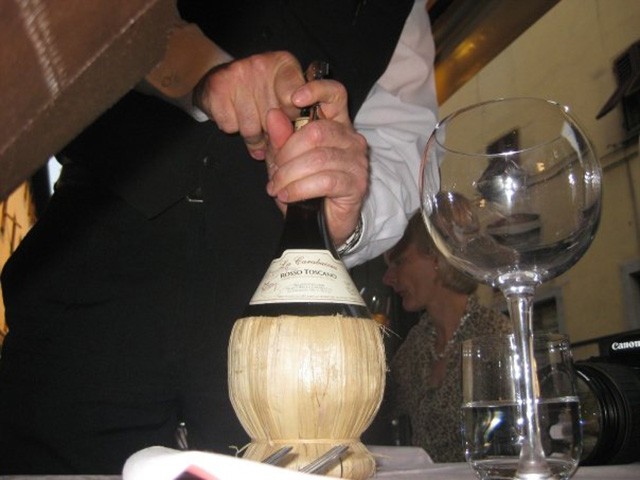 Slow and sweet as those proverbial sun-kissed vineyards in Tuscany, wine goes straight on from path to salvation to salvation itself. There’s nothing daunting that can’t be handled by just adding wine. It’s magic. It calms and heals and tames our wilds (until it doesn’t). If you’re afraid of telling your best friend you are dangerously close to falling in love with her — pop a cork!

People like to say human beings can drown in a tablespoon of water, but really, it’s more like a quarter of a liter of liquid, which an average wine bottle holds threefold. I managed to drown in one once, I fell so hard to the bottom of that wine bottle that I couldn’t see a way out, couldn’t imagine scrambling up the smooth sides and up to the neck, where I would surely be caught forever.

There was no climbing back out for me. There was only rocking back and forth, back and forth, until I made enough of my own momentum to knock that bottle to the ground, shattering it, and destroying the framework through which I saw the world.

And what I saw, what I had been seeing but not really understanding, was someone who got drunk and felt like she could finally express her emotions. Feelings should be dealt with at a steady drip, and if they aren’t expressed thusly, they rush out in a tidal wave.

My waves looked like getting day-drunk at a work function and feeling so unhappy and lonely that I started crying as my coworkers looked on, concerned but also alerted to something new about me, that I was barely holding it together.

I’d get drunk and suddenly my girlfriend would know about problems I had with me, with her, with us, and we’d fight. Not just disagree, but fight, with yelling and head-shaking and eye-rolling and pushing down the fact that something was deeply wrong.

One morning, when I had been upset with my girlfriend the night before so I drank about it, I woke up with a swollen hand and my first blackout. No memory of how I got home or what I’d hit, I spent a day panicking and hungover, wondering to whom I needed to apologize. I’d find out weeks later that one of my best guy friends had walked me home, and when I said I was so mad I could hit a stop sign, he said I should just hit him instead (he was also drunk).

I did, apparently. I was mortified to find that out.

I couldn’t look through glass anymore, I couldn’t risk losing focus. I couldn’t risk my life anymore, even if it meant nothing to me at the time, because it meant something to a woman who I loved with every part of my tired, drunk soul. 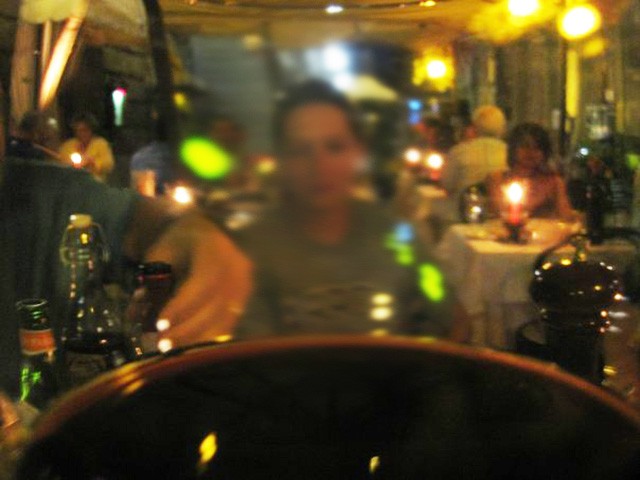 I’d walked back into the bedroom after making the decision to stop, and she was already sitting up, ready to talk to me about the mistakes I’d made the night before, to remind me of the feelings and confusion that had escaped while my brain floated on cabernet.

I met her eyes this time, for the first time.

“No really,” I said. “It’s fucking with everything. I’m so sorry, and I’m going to need some help with this. I don’t know if I can do this alone.”

She stilled, the request for help one of the rarest aspects of our relationship. Later, she told me that was what proved to her I was serious, that I’d risk my ego by admitting I couldn’t do it on my own.

She still likes to drink wine – always red, white makes her sick – and I still like to kiss her. She gave it up when I did, because I couldn’t handle tasting that ghost of a drink on her mouth. But I got stronger, and then, so did her drinks.

Without wine or alcohol in my life, I could see clearly, and I could see distances. Goals became realistic — like instead of worrying that my primary relationship wasn’t good enough, I decided to work on it — and the pieces of myself I’d ignored in favor of wine reemerged, ready for introspection. I found solace in the wilderness, and I found it in women who frame my face in their hands and look me in the eyes and tell me I’m good and worthwhile and brave.

The women I kiss like to drink red wine, and I drink them in. I taste red wine and I move past it; my deliverance lies elsewhere.