Episode 9 begins with the final scene of Episode 8 – Mike and Stef knock on the door of the crack house with the dirty kitchen that gives me social work flashbacks. They go in – guns drawn – and go room to room searching and then Mike goes into one room and Stef goes into another and splitting up is a very bad idea if you ask me and I’m going to assume you are asking me because I am the boss of this recap. 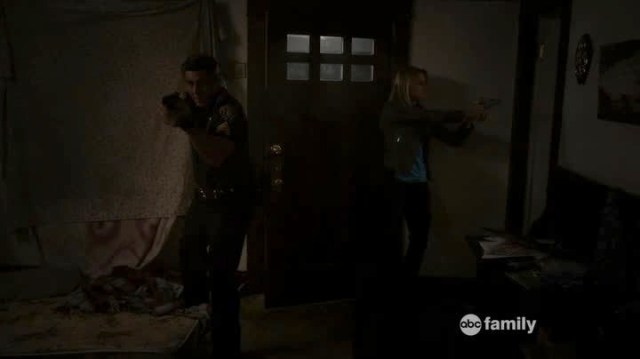 Mike goes in, sees Stef on the floor and gives the last three BANGS to the greasy drug guy. 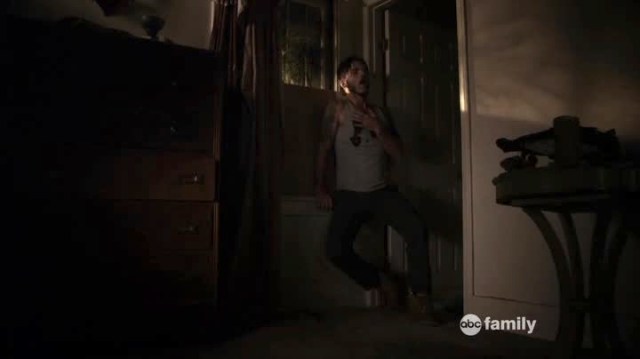 In another part of the city, Ana and Jesus meet up in front of a women’s shelter and Jesus tells her they have a bed for her. Ana thanks him and then asks him for money just like Marianna said she would. He gives her whatever he has in his wallet and she hugs him and says she is sorry. They part and I shake my Magic 8 ball and it says, “No way in hell she’s actually staying in that shelter.” 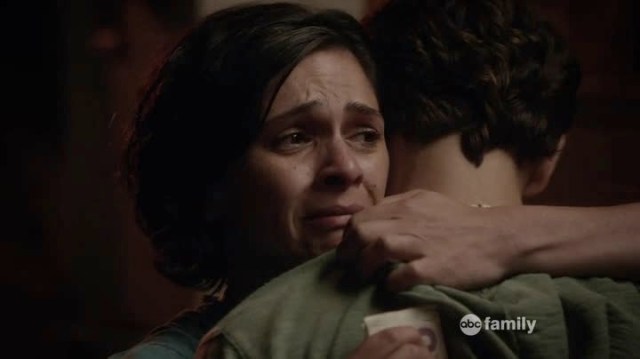 please renew us for another season

In the Great Lesbian Kitchen, Lena wants to know why Marianna met with Ana behind their backs but before Marianna can answer, the phone rings. Saved by the ring tone! It’s Jesus and Lena asks where he is and he lies and she knows he’s a big fat liar and he finally admits he is downtown. Lena gets her keys and goes to pick him up.

She goes to the doctor. She goes to the mountain. She looks for the children. She drinks from a fountain. Finally, Lena finds Jesus. Lena, Marianna and Jesus are in the car and before Lena can yell at Jesus, her phone rings and it’s Mike. Saved by the ring tone again! She asks, “What’s wrong?” and cue intro montage and music! 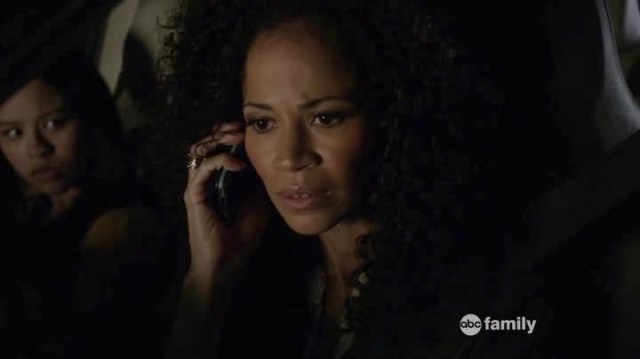 two hours for a pizza?

Brandon gets home and Callie is the only one there. She says the house was empty when she got home. They chit chat about what they did and then there is a knock at the door. They should get a doorbell. Maybe that would break their streak of bad luck associated with knocking.

Digression 1: Our house was built in 1913 and had this old doorbell, the kind with the metal bell that gets hit with the tiny metal mallet when someone pushes the button. I decided that the bell and mallet needed to be cleaned and I scrubbed them and – oh how they shined! The doorbell never worked again. So, my advice is don’t clean your doorbell innards.

Stef is in the ER and George Clooney says that she might have a pneumothorax which is a very serious condition in which a Lorax gets into one of your lungs and roots around for Truffula seeds. Meanwhile, Lena enters the waiting room and sees the Captain and Tennille. I mean the Captain and Mike who are definitely not singing Muskrat Love unless the lyrics of that duet go something like, “Why were you in that house and why did you shoot that greasy guy?” and “We were looking for love in all the wrong places, looking for love in too many places and the guy had a gun.” A nurse interrupts their song to talk to Mike. He asks how Stef is and the nurse says, “Your wife’s condition is critical.” Ugh. Mike explains that Stef is his ex-wife and Lena says, “I’m her domestic partner” and that language has never sounded as dumb and inadequate as it does right in that moment. It’s like saying, “I’m her Certified Public Accountant.” Stef does have a pneumolorax. 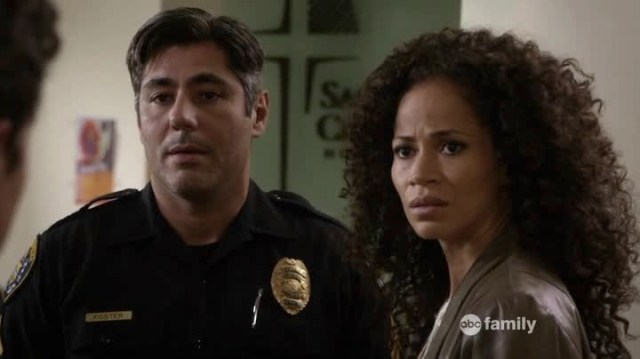 what do you mean you “speak for the trees”?

Marianna wants to know if Ana was there but Jesus tells her that Ana was with him. She tells him none of this would have happened if he had just texted her back and told her where he was. Brandon and Callie arrive which means everyone is there, right? NO. Where the hell is Jude?

A nurse tells them Stef is stable and they can see her. Mike asks if he can come and the nurse says, “Only the significant other” and I say aloud, “Thank god!” because they finally avoided some clichéd angst! Lena heads back and the Captain tells Mike he can’t see her until they’ve both given statements to internal affairs anyway. 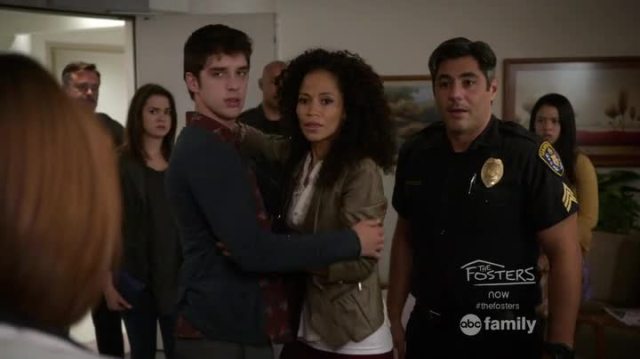 Lena sees Stef and tells her that the kids are all right and they’re all there and she is much more composed than I would be. I am very good in a crisis but she is alone with Stef and Stef is out because of her Lorax and I would probably lose it just a bit.

Then something magical happens – we get a flashback!

Stef and Lena meet for the first time when Brandon is entering kindergarten and Stef tours Lena’s school. Stef has bangs and 80’s clothes. As far as fashion goes, Lena gets the better deal in this flashback. Stef looks pearl-clutching straight and Lena asks if they should wait for her husband and Stef says he couldn’t make it. 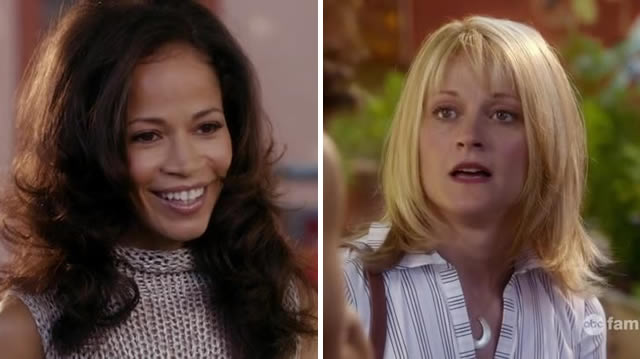 If I could go back in time, I would want to meet Snoopy.

After the magical carpet ride, Lena goes to the waiting room and tells everyone that Stef is doing well. A nurse interrupts and says she needs “Mrs. Fosters’ insurance information” and Lena says “It’s Ms.” and then jumps over the counter and throttles the nurse and that’s her back story when we first see her in Orange Is The New Black. 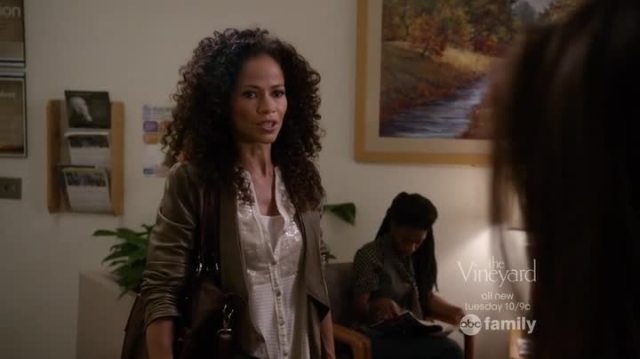 Brandon asks Mike why Stef wasn’t wearing a vest. Geez Brandon! Not all lesbians wear vests! But then I realize he means “bulletproof vest” and let this slide. Mike says they didn’t expect this and Brandon says the point is to always be prepared because they are all like Boy Scouts but queer and queer-adjacent. Mike gets called away to talk to internal affairs and Brandon confronts Marianna and Jesus and blames them for Ana and the greasy guy and the Lorax. He says, “We took you in when no one else wanted you!” Low blow.

Digression 2: I have an older brother and we have the same mother but different fathers. He was often mean to me and, after some offense I don’t even remember, I told my mom, “He’s not my real brother anyway!” Let’s just say that Brandon is lucky my mom didn’t hear him. 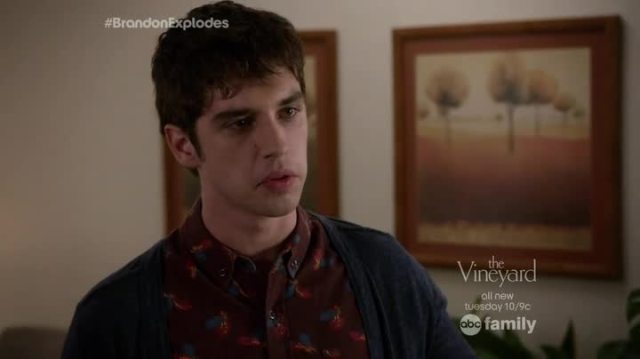 Mike is in the hall with the internal affairs guys and they ask why they were at the house and Mike says they were looking for Stef’s son and saw the drugs. Internal Affair Guy 1 suggests they went there to intimidate the birth mother so she wouldn’t ask to see her kids. Way to be cynical, IAG1! Mike says Stef and her partner adopted the kids and IAG1 says, “Your wife is a lesbian?” This is so stupid and inappropriate that I’m just going to move on.

Brandon and Lena are in the waiting room and he admits that he knew that Marianna had gotten in touch with Ana but didn’t know it was an ongoing thing. Lena asks if he knew that Marianna was selling Jesus’ drugs and he says he wasn’t thinking and Lena says, “This is what happens when people don’t think.” Harsh. 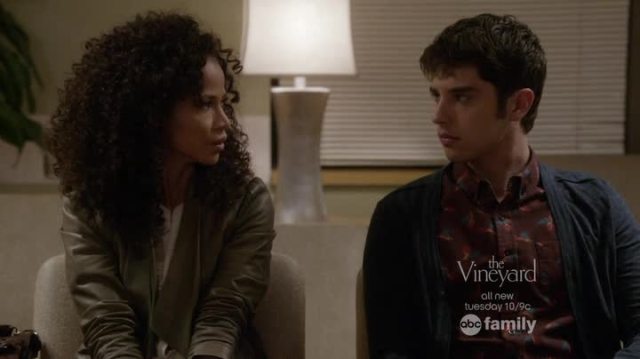 What did i tell you about exploding in front of the kids?

Digression 3: This past weekend, I wasn’t thinking and left my iPhone in a cab in Chicago. Nobody got at a pneumolorax from it.

Marianna asks Callie where Jude is and she says that he’s at the Connors which I find hard to believe since Mrs. Connor gets migraines when people visit and Jude’s been gone for days! Poor Mrs. Connor.

The doctor tells the family that no other vital organs were damaged but the bullet fragments are near her spine and she’ll have to have surgery. They can see her before surgery and everyone heads back except for Callie and Mike. 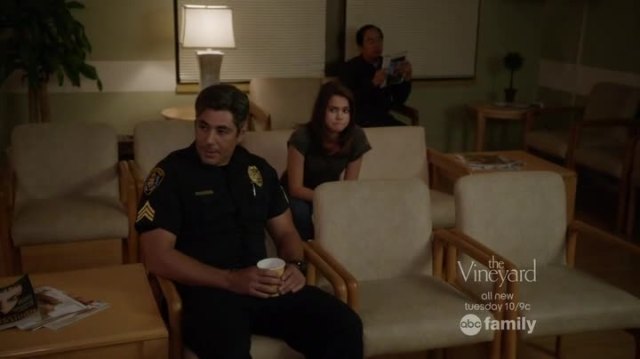 Another magical carpet ride! We see the twins as little kids and Stef meets them in the police station. Stef asks a cop why they’re there and he says, “Armed robbery.” Stef and I laugh. He says they are waiting for Child Protective Services. Stef approaches them and says in this high voice, “Hey guys. My name is Stef. What’s yours?” Jesus introduces them. Stef says, “Are you brother and sister or is this your wife?” Both kids smile as do I. Oh Stef. You’re such a charmer. 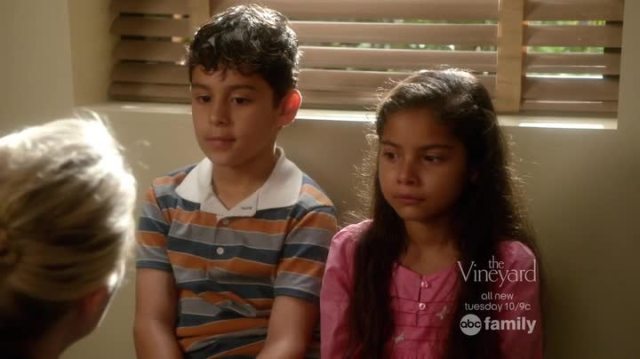 Back at the Charming Craftsman, Marianna is going through boxes of mementos and runs across this framed keepsake that says, “Though we didn’t give you the gift of life, life gave us the gift of you.” Marianna asks, “What if they don’t want us anymore?” And I answer, “They’ll give lesbian moms a bad name.”

Upstairs, Brandon is looking at Stef’s uniforms in the closet and Callie offers to help him find clothes to take to Lena. Callie tells him that he doesn’t know what it’s like to wonder why the people who were supposed to love you, didn’t. Then, she tells him, “Don’t be a jackass.” Callie should be wearing a cape because she is the superhero saving us from schmaltz. 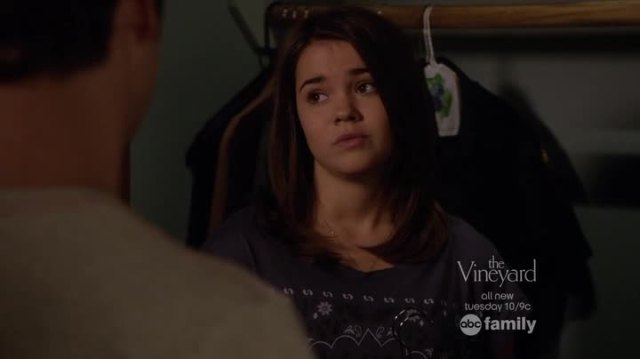 Brandon goes to the living room where Jesus and Marianna are still looking through boxes, picks up a voice changing megaphone and says, “I’m sorry I’m an ass” and Jesus takes it from him and says, “I’m sorry you’re an ass too.” Before we can enjoy this sweet little scene too much, there is a knock at the door! They shouldn’t answer it because a) it’s the middle of the night and b) nothing good ever comes from the door knocks. They do answer it though and it’s Jude – as if asking about him summoned him from the ether! He says he couldn’t sleep and wants to know what’s happening with Stef and how does he even know what happened? Anyway, they all fall asleep in the living room like a pile of puppies and Jude asks Callie if Stef is going to die. She says, “No. This family’s not like ours. They’re lucky.” That is so ouchy. 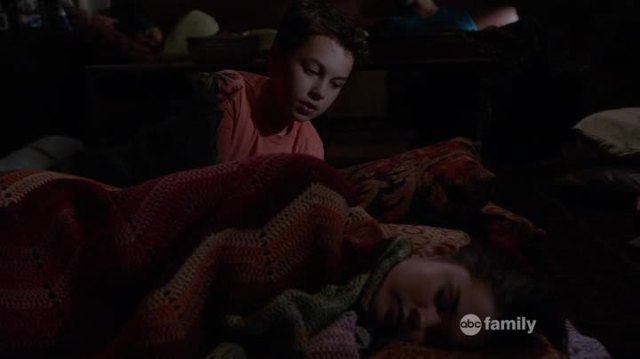 hey wake up, i keep having a dream you were in a terrible disney channel movie