How goes it, cowgirls and cowbois? With Pride season fully upon us you’re probably busy making plans to attend every queer celebration in the tri-state area this month, right? What’s that? You’re skipping the parties and hauling boxes to your main lady’s place instead?  May the queer co-habitation force be with you. (And if you want to buy yourself some housewarming gifts, Autostraddle’s Babeland party in New York is a good start.)

Guess what else happened in gay this week? Jenny Owen Youngs came out and talked to Autostraddle about it. So did Design*Sponge’s Grace Bonney! Get excited because she’s also  maybe/hopefully/probably coming to A-Camp in October!

Is that enough to jump start your weekend? What more do you want? Fairer in tax laws, cissexist marriage loopholes, comment awards? Done!

On Crush of the Week: Meshell Nedegeocello:

The Sex Noises Your Neighbors Won’t Complain About Award to Jackie:

The More Than A Groupie Award to Emily Leticia: 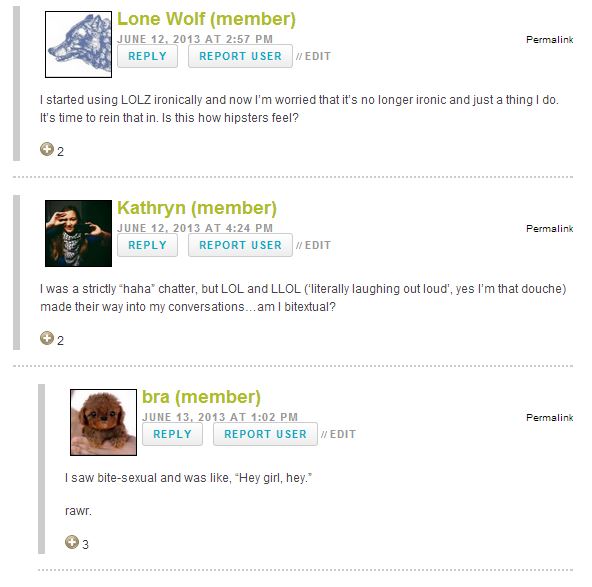 On The Incredibly True Story of How Cissexism Made My Same Sex Marriage Legal:

The Going to the Chapel, Gonna Fuck With Your Gender Norms Award to Meredith:

On Jenny Own Youngs Is Super Gay: The Autostraddle Interview:

The We Know That Feel Award to Ann:

The We Demand A “Call Your Girlfriend” Dance Duet Award Grace (Bonney!):

The Group Singalong Award to Charlotte, Dina, Lora and Kathryn: 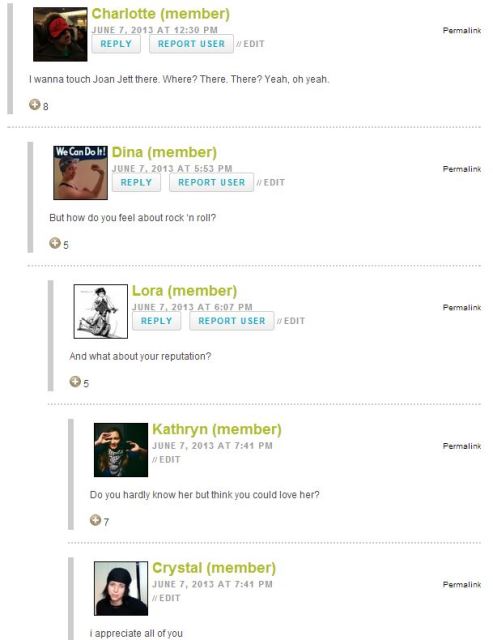